Aeon Solaris has an innovative solution for Delhi’s power crisis 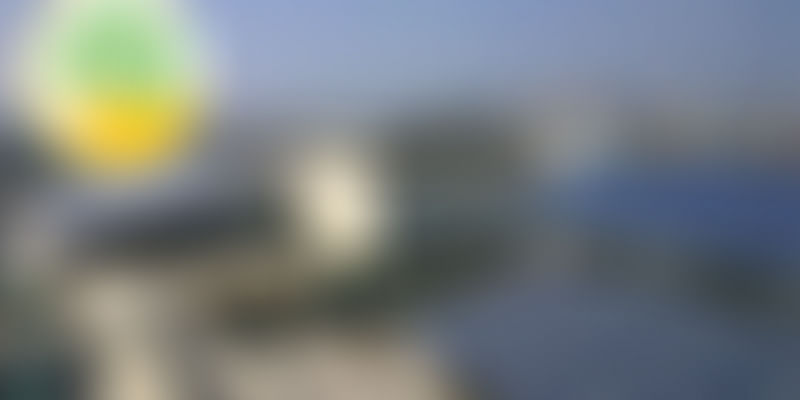 This made Shubham Sandeep and Nimesh Gupta, Co-founders of distributed generation solar power firm, Aeon Solaris, realize the dearth of innovation and execution in solar industry in India. Their decision to embark on their entrepreneurial journey is largely motivated by their desire to drive sustainable growth for India by challenging the status quo of India’s power industry.

The difficulty lays not so much in developing new ideas as in escaping from old ones.

The idea of Aeon Solaris was born with the objective of becoming the electric utility of the 21st century.

The seeds of Aeon Solaris were sown during their college days at IIT Delhi. At IIT, they were vastly exposed to India’s energy scenario and the problems that the sector faced. As students, they were fascinated by the distributed generation renewables movement that was underway in USA and Germany and about its application in the Indian context.

Their analysis gave them confidence about the tremendous potential in the distributed market driven by grid-parity of solar installations for corporates and industries. Assuming a realistic adoption rate of 0.2-0.4%, Aeon Solaris estimates a market size of 2 GW in the next 5 years which at today’s prices translates to a US$ 2.5 billion market.

After completing their graduation from IIT Delhi in Electrical Engineering, both of them were employed with renowned corporates. While Shubham worked with the Investment Banking division of Deutsche Bank where he executed transactions worth more than US$ 200 million, Nimesh was employed with the Global Banking and Markets Division of the Royal Bank of Scotland.

They started out as a team of 2 but are now 7 in number. For their first project, they handled everything themselves right from business development to sales conversion followed by procurement and installation of the solar plant. This was a 40 kW rooftop solar system for a corporate tower in Hyderabad. Things kept moving fast and they scaled the team too. Now they have project managers who take care of on-site project execution; procurement managers and employees who assist in accounting and marketing and administrative work.

They are constantly looking for passionate folks to build a strong management team.

Even as a significant contributor to India’s economic development, the country’s power sector is crippled with many challenges owing to dated approaches and technologies. Fossil-powered electricity with over 70% share in the Indian market is neither a financially nor an environmentally sustainable solution.

India currently has a coal deficit of approximately 150 million metric tons that is met through imports and which is projected to triple over the next 5 years leading to a rising current account deficit and escalating electricity prices. In order to meet the rapidly increasing electricity demands, especially in remote areas, India needs to invest approximately USD 35 billion to significantly upgrade its transmission and distribution networks.

Both of these can be tackled by adopting distributed generation so

lar power. Solar power is the most appropriate choice for distributed generation due to the modularity of the systems, no fuel-price volatility and abundant reliable generation throughout the year, apart from its ease of installation and low maintenance.

It is imperative for India to explore the distributed generation model that has proved to be a roaring success in countries like USA and Germany. The US-based solar companies - Elon Musk’s Solarcity which has a $5 billion valuation, Sunrun and Sungevity have constantly inspired these guys to launch Aeon Solaris.

Overview of the solar market

In India, the rise in distributed solar will be primarily driven by the economics of grid parity as seen by the growing number of commercial and industrial projects across various states. The target market is going to be top tier hospitals, hotels, educational institutes, corporate offices, industries and factories, malls, warehouses and cold storages that have a huge electricity requirement and a sizable rooftop area available for solar power plant installation. These entities pay the highest electricity rates in the country and would be the first adopters of distributed solar as they would start saving on their energy costs from day one. It would also help these corporates to lower their carbon footprint, fulfill their CSR obligations and generate goodwill among their clients and employees by going green.

Aeon Solaris with their innovative business model are trying to create a win-win situation for all the parties – clients, investors and Aeon Solaris. Their investors could earn profitable returns; customers could save up on operating energy costs and reduce their carbon footprint; and they could increase the revenue while keeping their sales costs low. In this Build-Operate-Transfer (BOT) model, they invest and install a solar power plant on the customer rooftop. They sign a long term lease; during which they operate and maintain the plant with the customer, who pays them a pre-defined rate for the electricity he consumes and subsequently the asset gets transferred to him at the end of the contract term.

The team identifies the projects, conduct due diligence on them and provide comprehensive solutions, including engineering, financing, permits, installation, maintenance and payment collection thus making them a full service solar company. They are also in discussions with asset financing companies to improve their value proposition to the client by providing a non-recourse financing option as well.

The business model is immensely scalable and there will be a rapid proliferation of distributed systems. The team here believes the success of similar companies in the US combined with the strong fundamentals of their business in the Indian scenario, make this a unique opportunity.

With a strong foundation and India’s need for energy which will propel the market, they are very optimistic about the value offering to clients and have set a target of 300 MW of installations over the next few years.

Aeon Solaris is positioned as a distributed solar utility firm. They are stepping on the toes of anyone supplying electricity to corporate consumers -- the government utilities (though their solar systems work in conjunction with the grid electricity), various other solar firms as well as electricity distribution companies relying on other sources of electricity. However, the business model of distributed solar energy sale is not being offered by any other Indian firm currently and they plan to have the first mover advantage in this huge untapped market.

Majority of the players in the distributed solar space are functioning as Engineering, Procurement and Construction (EPC) providers but in general, customers are reluctant to invest in solar because of the initial capital or technological concerns. Aeon Solaris is trying to innovatively alleviate these customer concerns by bringing in private solar Power Purchase Agreements (PPAs) and innovative financial models to the Indian distributed generated market.

Even though the prices have fallen by 50% over the last 3 years, the high capital costs and technological concerns are a deterrent for consumers. Selling large ticket items such as solar to businesses is a tough ask for established companies let alone startups. However, in spite of a long business development cycle because of reluctance on the part of clients to make an initial capital investment, Aeon Solaris has built a diverse and satisfied client portfolio, across corporate buildings, educational institutes and factories in India.

Building a strong and diverse team is tough for any startup in India but it becomes nearly impossible for a hardware venture. The talent in the solar industry is either too unprofessional or too expensive due to the supply-demand gap.

“Infrastructure space is usually dominated by large established companies who don’t want the status quo to be disturbed and hence will try to suppress any emerging idea with all their might. But this motivates us more to try and affect a change to the county’s power sector,” they say.

Since the past few days, Delhi and its neighbouring areas have been experiencing severe power cuts.

Aeon has ventured out in Delhi and this clearly shows the market potential in this region. The electricity rates in NCR are in the top 3 in the country which makes this a key market for solar and other electricity-power based startups. A lot of the corporates are located in NCR making it easier for Aeon to launch their marketing activities based in Delhi.

The location of Delhi is also an advantage as most of the North India can be covered without too much traveling and spending money on expensive flight tickets. Managing early stage logostics becomes a big problem while scaling for startups.

Shubham and Nimesh are originally from Delhi and starting out from here seemed most logical to save on accomodation and other fixed costs.

Aeon Solaris started off as an Engineering, Procurement and Construction (EPC) company focusing their efforts on corporates and industries. Within a year of establishment, they have executed over 400 kW of rooftop solar projects and crossed USD 500,000 in revenue. They have a diverse set of clients across corporate buildings, educational institutes and factories in India.

The team is now expanding and venturing into Maharashtra, Tamil Nadu and Karnataka as these are going to be key markets in the near future. They are also exploring opportunities in Japan, the Middle East and Africa where there is a growing solar industry.

However, even though the prices have fallen by 50% over the last 3 years, customers are reluctant to invest in solar because of the initial capital or technological concerns. Financing solutions aimed at alleviating these consumer concerns and helping them reduce their operating energy costs are the answer to ensure rapid proliferation of distributed systems.

Aeon Solaris is trying to innovatively alleviate customer concerns by bringing in private solar Power Purchase Agreements (PPAs), system leasing, asset financing and debt financing models to the Indian distributed generated market. The result of this approach is their collaboration with third-party investors, encouraging them to park their capital in low risk solar projects and earn high project returns.

Delhi is emerging as a hub for hardware startups with Grey Orange Robotics, Umbrella Protections and now Aeon Solaris trying hard to make hardware a success.