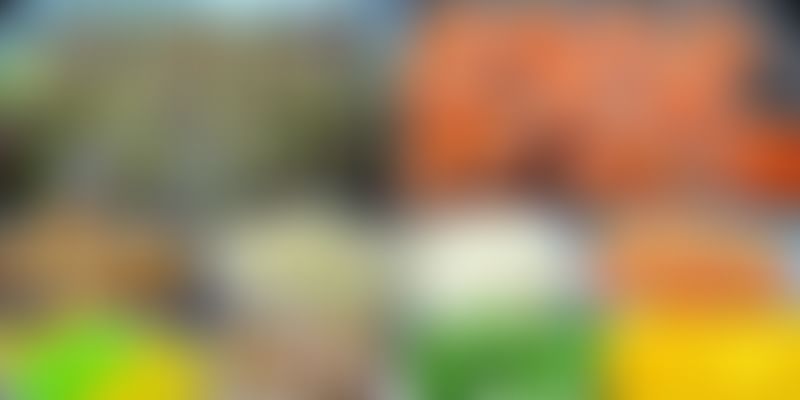 Your visit to Delhi is incomplete if it does not include a trip to Chandni Chowk. One of the oldest marketplaces in the country, Chandni Chowk has been famous for its delicacies since the Moghul Era. Over 1000 types of sweets can be found here at shops which have been in business for generations. Their origins can be traced to as far back as 16th and 17th centuries.

Rahul Garg, a second generation entrepreneur from Chandni Chowk, decided to spread the taste of his historic neighborhood to the entire country by launching his venture, chandnichowkfood.com. This is an online portal which delivers non perishable foods from some of the best shops in Chandni Chowk to different parts the country.

Rahul graduated from Delhi College of Engineering in 2011 and worked in Royal Bank of Scotland (RBS) in its investment banking division to gain some work experience. It was in December 2012 while traveling around the country as part of the Jagriti Yatra that the entrepreneurship bug bit him. After the yatra, Rahul quit his job at RBS.

He joined a startup to learn the ropes of the cubicle-less world. He helped a startup to create its own Transport Management System. It was while brainstorming with his brother that Rahul came up with the idea of bringing Chandni Chowk to the world.

Rahul, along with his brother Anshul, started chandnichowkfood.com. They had a hard time convincing the vendors who have a traditional way of working and who do not welcome any kind of disruption into their routine. But the brothers managed to persuade them over time and now have some of the biggest names in the country as their partners, including the Ghantewalas, who are the pioneers of ‘Sohan Halwa’ and have been in business since 1790s, and Chinaram, who is known for his ‘Karachi Halwa’.

They went live on January 14, 2014, with a focus on local market but the strategy did not work out in their favor as most items were perishables and quick delivery meant they had to remain on their toes. Soon they understood and pivoted accordingly. At present, they courier sweets throughout the country and ship only non-perishable food items.

Talking about the marketing aspect, Rahul said they were covered by Reuters even before they launched, which led to a huge traffic to their site and the subsequent coverage by NDTV was very beneficial to them.

Like all e-commerce businesses, their biggest challenge is logistics and timely delivery. This becomes more challenging when it comes to food. Fortunately, they have never received a complaint from a customer so far.

"For all non-perishable foods, a minimum shelf life is seven days to one month. Our challenge is to ensure that we take freshly baked food from the shops and deliver it in minimum time possible. The vendors we have partnered with are known for their quality," adds Rahul.

Delivery to the Northeast states takes at least three days but people are satisfied with the product and there has been a lot of positive response from them.

At present, they are completely bootstrapped and have been in talks with various investors.

Rahul shares key lessons from his journey so far.

1) Team is the most important part of any venture. Never be a one-man army. It will not pay in the long term.

2) Negotiation is an important skill in order to get things done with vendors.