The girl who has her fingers in every pie: Dipti Ramesh, policy researcher, Partner at Bangalore Pub Crawl & Much Love 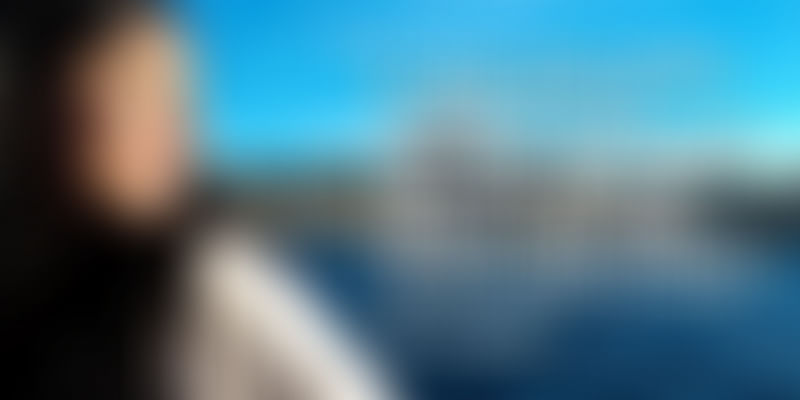 “The thing I love best about my life right now is that I get to decide how my day goes. I literally get to wake up every morning and ask myself the question, ‘So what do you want to do today?’” says Dipti Ramesh, a policy researcher, partner and baker at Much Love and Partner of the Bangalore Pub Crawl. She’s a Malleshwaram girl from a conservative family, does three completely different things and still has a smile on her face and ample time to take vacations whenever she wants!

We at YourStory had had an interesting conversation with her to find out how she does it.

YS: How is it to do these three absolutely different things?

DR: I love it! So they say women are inherent multi-taskers and I always believed that. Even when I was younger, while in college, I always used to have my fingers dipped in lots of different things. When I moved back to Bangalore from London, I initially felt very suffocated and constricted, so I think the biggest thing for me was to dip my fingers in a lot of different things. This exposed me to a lot of different people and it has opened up an underground world of Bangalore where lots of really exciting things are happening, where people are doing so many innovative things from home in their little drawing rooms — magical stuff is happening. I wouldn’t have gotten to be a part of that world had I not decided to take the plunge and go out and do all of these things. Doing diverse things is the only way to keep growing.

YS: At present, what are you working on?

DR: My crew and I conduct the Bangalore Pub Crawl roughly twice a month on Saturdays. It’s something we’ve put together to get to meet new people, socialize in an informal environment and just have a lot of fun. (You can read more about the Pub Crawl here.)

Much Love is a baking company that deals in eggless brownies (they come in 3 varieties – Coffee, Chikki and Double Chocolate Chip with Chocolate Icing), strictly no cupcakes! The idea for starting something like this was fed into my head by my flatmates in London. It took us a lot of time to get through the hurdles of legalities, getting a space, infrastructure, etc. but we finally launched it on the 14th of February, Valentine’s Day. We’ve been catering to friends, family and close acquaintances as of now, because we really want to make sure we’ve crossed our t’s and dotted our i’s before we go live just to make sure nothing goes wrong. The feedback has been so overwhelmingly positive that I am truly terrified that the moment we launch we will be overwhelmed with orders. We’re taking our time to ensure we don’t compromise on consistently delivering a top-level product.

I work as a researcher at a firm called Interface India Development Consultancy, a lead agency for government commissioned projects. I’m currently working on the development of the Human Development Index for two districts in Karnataka — Shimoga and Tumkur. I love this job because it’s closely related to what I studied, a Masters degree in International Public Policy and keeps me grounded in my academics.

YS: What do you like about your job?DR: I get to visit a lot of villages and do a lot grassroots development work. We go up to people and ask them the question what ‘if the government can do something for you, what would you like it do for you?’ and the answers to those questions are truly remarkable, because it gives you such an insight into what the people of India are really feeling; the differences, but then also the similarities are so stark. I went to this one village where I had the opportunity of interacting with the girls from an all girls’ college, and I asked them the question, ‘If the government could give you something, what would it be?’ and this one girl said, “Ma’am I want freedom. I’m not allowed to go out in the evening after 6 because it’s dark and there are no streetlights; I’m not allowed to study any further after this college, because there is no all girls’ dental college in my district and my parents won’t send me to a co-ed. I want freedom where I don’t have to get married right now, I want a job now.” And I’m thinking to myself this is a girl in rural Shimoga telling me these things and they’re exactly what I think and I come from a city in Bangalore. On some level it helps you understand that everybody is living the same reality that you are.

YS: Have you had any challenges since you’re a woman?

DR: I’ve actually found that if you don’t look at being a woman as a challenge, if you don’t bring gender on the table when you discuss things, if you’re just professional about it then people treat you the same whether you’re a woman or a man. I think gender equations on a sub-conscious level do come into play but it really depends on you and how you handle it. If at the end of the day you’re business idea is a good idea and the way that you pitch it is a good pitch, then I don’t think that anybody can say anything to you about being a woman.

YS: Who are your mentors?

DR: My mother is someone who inspires me, and that’s because she herself is an entrepreneur; she started a school of her own for autistic children about 20 years ago. I’ve grown up watching her doing various fund raisers, putting together seminars and conferences, deal with parents and teachers, and manage a very large institute. I think that through my life, since I’ve always seen that, she’s probably been a mentor to me all along, without me ever classifying her as being one.

Kala Charlu who runs an organization called MITU (Multiple initiatives towards upliftment) has been a huge influence. She was well into her 50s when she started MITU four years ago. Their institution is growing at such a rapid pace, and being her age, being a woman, managing family life and everything she still manages to be very vibrant. I interned with her for a while and she made it a point to expose me to as many different things as possible. She was so willing to give without ever wanting anything in return; that’s the person you should be, to lift other people up rather than pushing competition down. I think that was probably one of my biggest takeaways. Much Love is going to be very different in the way; I want to include a lot of at-home bakers in the larger scheme of things. I want to give them the opportunity that I have and whatever hard work that I have put in I want it to serve others so that they don’t have to put in and go through the same things that I had to when I started.

DR: There’s this poem that I love by Charles Bukowski called ‘Laughing Heart’. There’s a bit in it that goes, “You are marvelous and the Gods wait to delight in you,” and it’s amazing because it gives you such a positive message to be yourself and do everything that you possibly can.

Doesn’t she make multi-tasking look real simple? Let us know what you think?