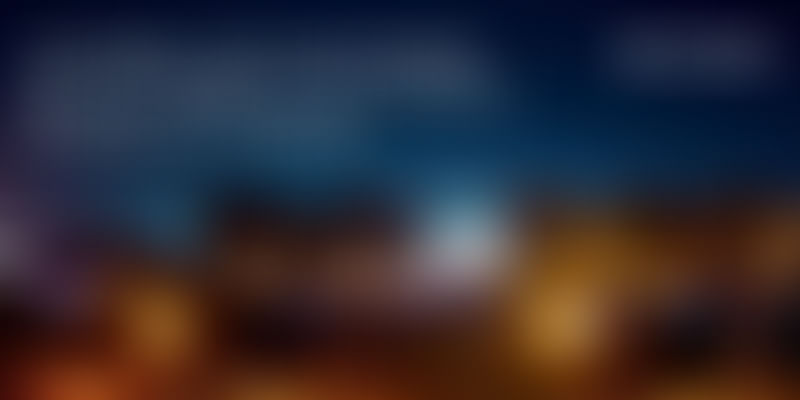 Here’s a big news from Mumbai. The fast growing startup that disrupted the online real estate market, Housing.com, today announced that it has raised Rs. 115Cr of funding lead by Helion Venture Partners and Qualcomm Ventures.

Their existing investor Nexus Venture Partners also participated in the round that has valued this young dynamic startup at about Rs 300 crore. While Helion has pumped in Rs.48 crore, Nexus has invested Rs.43 crore. The rest came from Qualcomm. Over the four rounds of funding, Housing has raised over Rs. 138Cr till date.

Housing.com has changed house hunting process through its useful user interface that empowers users to view a house without necessitating physical presence.

Speaking about the investment, Advitiya Sharma, Co-founder of Housing.com, said, “Our goal has always been to build a service that is loved and trusted by hundreds of millions of people. Technology simplifies life, and that is what Housing.com does with easy map-based search. Few months back, we used to list 200 houses on a daily basis, and now we list over 2000 houses every day. Soon we’ll be mapping 10k-12K houses every day.”

Housing.com was founded eleven months ago by a group of IIT Bombay students who chose to invest in their brainchild with the intention of disrupting the online real estate market with best in class data and technology.

This is their fourth round of funding after an angel round from Zishaan Hayath and a bridge round from Haresh Chawla. Earlier, they have raised their pre Series-A round led by Nexus Venture Partners.

Data Science Lab will develop features like area-based pricing, society ratings etc. The company is also building large headquarters for the technology team that will be a major investment.

The Indian real estate sector has come a long way and is today one of the fastest growing markets in the world. With the maturing of the market, real estate services have evolved too. The market size of the Indian real estate sector stood at US$ 55.6 billion in 2010–11 and is expected to touch US$ 180 billion by 2020. There are newer well-defined segments opening up in addition to the traditional rental and purchase market – for PG accommodation, for student accommodation, for flat sharing and so on.

This market is getting really exciting with Housing and Commonfloor both competing to be the best.

Why Investors are betting on Housing?

Housing began as a team of 12 co-founders from IIT Bombay in a market that was primarily dominated with players like 99acres, MagicBricks, Sulekha etc. Today, Housing seems giving tough fight to its rival competitor Commonfloor; both these startups are trying to create their own niche to expand and conquer the market.

Housing has always emphasized on excellent design and interactive user experience, helping in differentiating it from among many standard-listing services. In addition, Housing relies heavily on data tracking and analysis through their Data Sciences Lab (DSL) in decision-making. It is an interesting competitive landscape to watch and learn from.

“We started out because we wanted a better tool to find houses online. We wanted to build a company very strong on technology and take the product to as many people as we could,” says Advitiya.

In our previous conversation with Zishaan last time, he told us, “This is a very strong team which executes at a very fast pace. To me, that’s really important and you could say that it was one of the main reasons behind the investment.”

The rich talent behind the product is a key influence for investors to trust and believe in Housing. Building the whole product along with their focus on data with their DSL team, Housing has always been focused on hiring the right talent and offering high market salaries. Housing has also marketed extensively to create a brand among the youth of the country and that has worked well.

The earlier round from Nexus has allowed the Housing team to scale and move quickly in this capital-intensive space. “We’ve used all possible modes of recruitment and found a good mix to reach to a team size of 850,” says Advitiya. The startup hires from premier institutes and has close to 50 people from IITs. “We’ve been given Day One slots in the IITs and this also says a lot about the kind of work we’re offering,” he says.

Launched Price Heat Maps, which help people in gauging the price variations in real estate across the city in 2013

Started PG Accommodation because their Data Science Lab (DSL) group realized that on the price slider, a large number of people were applying in the low range and the research showed that these were mainly youngsters who are looking for low-end rentals, mainly PG accommodation in 2013

With their recent round of funding, Housing must be baking something cool into their product giving them an edge over their competitors.