Help this aspiring entrepreneur connect with her dream venture 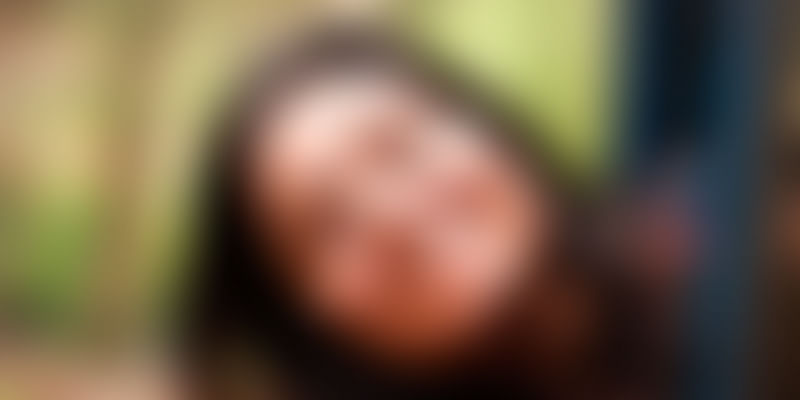 Had ManishaArora not listened to her heart, she would have been ‘happily settled’ in matrimony, looking after her brood and big house, going shopping and gossiping with her kitty party friends.

But it so happened that this Punjabi kudi traded a life destined for her in favour of the one she hopes to design someday. On a wing and a prayer, this gutsy lady made her way from the beautiful sugarcane and mustard fields of her hometown in Gurdaspur to the concrete jungle of what Bangalore is today.

An engineering graduate and management diploma holder from IIM Lucknow, Manisha will soon complete six months in India’s Silicon Valley, and is already wondering when the big idea will hit her.

She is the Co-founder at InfraKids, a network solutions company, but is experimenting with the idea of home catering service (her mouthwatering ‘parathas’ are to die for, claims her friend). She also makes good use of her leisure time to run (she ran the 10k Sunfeast Marathon recently) and is a serious fitness enthusiast, good enough to start a community dancing initiative in her apartment complex (providing a democratic platform, ‘Freestyle dancing’,for people to just dance for the sake of dancing; no teachers, no students).

In search of the Aha! moment

Like a determined player in a game of darts, Manisha is waiting for her ‘bull’s eye’ moment. “I’ve always longed for adventure, and even though I am doing all these things I still feel there is something big waiting for me,” she says in between mouthfuls of cucumber, tomato sandwich at the HerStoryMeetup(http://yourstory.com/2014/06/women-meetup/) last week.

An avid follower of YourStory, Manishagets her daily dose of inspiration from the stories of startup founders featured here. “When I read about the meetup, I knew I had to be here,” she says. The HerStoryMeetup was a well-attended event where women entrepreneurs shared their startup stories after an invigorating session with fitness expert Chandra Gopalan, Director India, Contours India.

According to VarshaAdusumilli from YS, “Women’s stories go unheard. The whole idea of the meetup is to bring these stories out to the world. We need to give women a platform to voice their opinions, network and grow.”

If the aim of the meetup was to connect amazing women with each other, then we were bang on. Manisha soon found herself exchanging contact details with women entrepreneurs. “I make healthy pasta sauces and relishes, and often undertake dinner services. Maybe we can use your ‘paratha’-making skills and come up with something new,” suggested one startup founder. “We need home-cooked lunch in our office, why not start a ‘dabba’ business?” asked another.

Food is definitely her favourite four letter word, and perhaps, that’s where she would like to dirty her hands. “I have always dreamt of starting something of my own primarily because of my father’s influence,” she says, adding, “My dad is my inspiration and he still leaves me amazed.Even at the age of 64, he is still as enthusiastic and curious about new things and doing multiple businesses.”

Father and daughter had dreamt of setting up a wine and distillery unit in Punjab after Manisha completed her BTech in ‘Sugar and Alcohol Technology’ from Guru Nanak Dev University in Amritsar. “I travelled with him to the other sugarcane growing areas of India, even the notorious interiors of Mauzzafarnagar in Uttar Pradesh to understand the business. But my dad felt it was not a safe option for me. We also faced hurdles regarding subsidy from the government.”

Not one to give up, Manisha put her Plan B into action. She enrolled for a French course, and also learnt basic coding. She widened her horizon and shifted to Pune alone, something no one in her family had done before. She moved from one job to another adding new experiences in her life and expertise in her CV. She even squeezed in time to do an Education Executive Program HRM from IIM Lucknow.

Recalling a childhood memory, Manisha says,“I remember when my dad started his first business, he gave me his very first earning (which was a very small amount) as a safe-keep so that I always remember that every big thing starts with small beginnings.”

And this is where you, our dear readers, come in. What will it take for Manisha to turn her dreams into reality? What would you advise this aspiring entrepreneur? Share your wisdom, your story; tell us what you would have done if you were in her shoes. Show her the way?