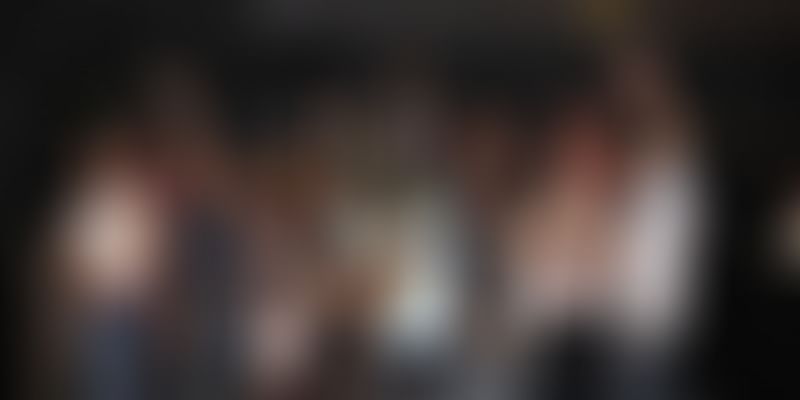 “The first time I went to a Pub Crawl was when I was in Amsterdam; it was a lot of fun and definitely one of the most memorable experiences of my Euro Trip. When I went there I never had any idea of coming back and starting my own crawl,” recalls Dipti Ramesh, Partner, Bangalore Pub Crawl.

After she returned in September last year from her Master’s Degree in International Public Policy, the idea for starting a Pub Crawl in Bangalore took birth. “By Christmas, I had conceptualized what the crawl would be like if it ever took off, and I ended up making a New Year’s Resolution to get something done right now! The first Bangalore Pub Crawl was on the 18th of January!” exclaims Dipti.

We, at Yourstory, decided to dig deeper into what the crawl is all about.

YS: Why did you choose Bangalore for the Pub Crawl?

DR: The truth is, I really needed something to do and Bangalore, with all its really great young fun people, great pub culture, didn’t have a pub crawl. The thing about the Bangalore pubs is that their owners have some really great ideas on how to use their space, how to make their pubs Bangalore institutions and how best they can contribute to the city, which is something different from most of the pubs in other cities. We’ve got great support from the pubs which make running the crawl really easy.

YS: What is special about the Bangalore Pub Crawl?DR: What the Bangalore Pub Crawl does really well is to give crawlers a chance to meet new people. Since most of the marketing for our events is done via social media, almost everyone at the crawl is separated by three to six degrees of separation. We’ve had instances where we’ve reunited people who were together in school, but hadn’t met in years, and it was just incredible to connect people who were sort of already connected. So essentially, I think it’s a great way for people to meet other people in a more informal setting. And what really distinguishes the crawl from just another day at the pub is that we walk from venue to venue (they’re about 2-3 minutes apart), and it’s during the walk that people talk and bond because when you’re walking with someone it creates a different environment for a conversation as compared to one that you would find in a pub. I think that this stimulus in conversation makes you form tighter and stronger bonds than if you were just sitting next to someone in a pub.

We also strive to create this environment where people are encouraged to move around and talk to other people, instead of just sitting in their own click. Games like beer pong, pool and foosball help form this camaraderie which I think is really important in a city like Bangalore where the age demographic is 21-35 years.

YS: What testimonials have you received?

DR: I think the testimonials that mean the most to me are the ones that say: “I met so many interesting people and I went to some new places that I hadn’t been to before,” or “Oh! Troika/Puma Social Club/The Humming Tree is now my favorite pub.” I love it when that happens, because that’s what we’re here for, plus it works out for our partner pubs too!

We’ve done about 13-14 crawls in the five months since our launch and we already have a bunch of regulars who keep coming back. We launched this challenge where if you do 5 crawls with us, you get the sixth one free, and we recently had someone be the first to not only complete the challenge, but to come back for a 7th crawl. That was one of the biggest testimonies for us because it tells that not only have you enjoyed yourself on this experience, but you keep coming back! Just the fact that people are coming back with new and old friends to meet people, making friends with us and our crew, using the crawl as a regular weekend hangout is a testament to the fact that we’re closer to achieving what we set out to do; to create a way for people to bond.

YS: How have the pubs reacted to such a concept?

DR: The pubs are very supportive of this concept. Since we control the number of people we bring and the amount of time we spend at each venue, it works out very well. The pubs get regular crowds that come back, and not just on the crawls, but people fall in love with the venue and go back regularly there. Since we associate a positive experience with the pubs we go to, people tend to go back and revisit the space just because they had good memories there.

Most of the marketing for the Pub Crawl is done via Social Media and since it is not direct advertising for the pubs, it tends to be a lot more niche. So I think there’s a lot of ancillary good that comes to the pub aside from the crawl bringing crowds.

YS: Are you planning to launch some other routes?

DR: We get a lot of calls from different pubs to get in on the Crawl route, and we’d love to have them on a crawl but we have two major constraints. One is that we can’t do a crawl with less than three pubs, so we have to be in an area where there is a high concentration of pubs and where the walk is short and nice. Second, the 11:30PM – 1:00AM deadline is a bit of an issue because we never know what the deadline is going to be and whether it is going to be stable. For instance, the deadline this Friday was suddenly pushed back to 11:30PM and a crawl in such a situation can cause a few disturbances. As of now we have one route up and running, but we are working on a second route!

YS: Who are the people on the crew of the pub crawl?

DR: I have a partner who does not want to be named. Apart from that we have a crew that consists of friends and lots of different people who are essentially really fun people and help to keep the tempo up during the crawl and to ensure all the crawlers are safe. We have about 6-8 crew members at all times.

YS: What have been some of the challenges you’ve faced while organizing the crawls?

DR: There are a lot of logistics that need to be covered. Security and safety of the crawlers is one of the most important things. We also need to ensure that we deliver a minimum number of participants to each of our pubs, which initially was a huge challenge, but as we grow in popularity we’re hoping it would become less of an issue.

YS: How do you ensure the safety of the crawlers?

DR: We go to great lengths to ensure the safety of the crawlers. Most of the crew stays sober for most of the night, the rest drink with the crawlers to maintain the tempo for the night. We have a large crew of about 6-8 people for 30 crawlers whose main priority is to make sure everyone is safe. We also make all the crawlers sign a waiver at the start of the night. The Crawl has also tied up with Uber that gives promotional deals on the ride back home, plus we can arrange a driver service for you if you have your own vehicle. We do everything we can to avoid drunken driving. We have people on the crew making sure that everyone is well hydrated. It’s just little things like these that go a long way in keeping everyone safe. The pubs from their end have done a great job of keeping a track on the amount of alcohol they’re serving to the crawlers.

We’ve been very luck so far, because the people we’ve got have generally handled themselves very well. Also, since the crawl is a fun event, I think drinking becomes sort of secondary.

YS: How many crawlers have you had till date?

DR: We’ve had about 320 crawlers since we started.

YS: How much money does an initiative like this bring in?

DR: We don’t make a lot of money with the crawl, but that was really never the point. This was just something we started as a fun thing to do in Bangalore; a fun way to meet people. The money is just something we have to take to ensure that we can keep this going.

YS: How have your parents reacted to this?

DR: My parents have been supportive in that they’ve let me start the crawl, but they’ve been less supportive of me going on the crawl because it happens so frequently and it gets real late.

But I think everything is a bit of adjustment, and they’re becoming more and more relaxed with this. They’ve always been supportive in terms of encouraging me to do the things I want to do, they’re just less supportive of me being out late at night.

Do you think you have what it takes to be on the next crawl?