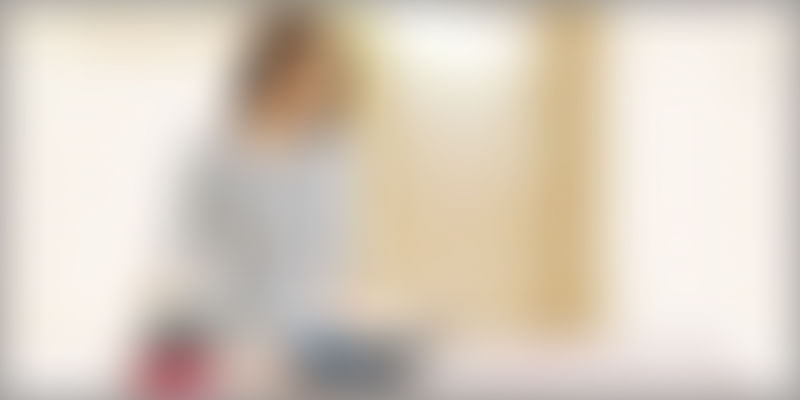 In the ‘shrinking’ houses that get sold in cities, storage becomes a real problem when we have things in excess. In most cases we end up putting things in make-shift bags till the clothes or other items go back to their rightful place. Such make-shift storage interferes with the organised look of the house.

Modern retail does offer some good options for storage, but this space continues to be largely an unorganized one. This is the opportunity that Casa Brands has set out to tap. Casa Brands has launched Bonita, a brand that will sell products in the laundry, organizing and storage space.

Launched in 2012, Bonita already has made its way into over 130 retail outlets and has plans to double the number by the end of this year.

YourStory caught up with the founders to understand their bet on the space.

Casa Brands has been Co-founded by Umang Srivastava and Neeraj Mittal. Umang has in the past worked with the Trident Group and Jindal Stainless. He has been instrumental in setting up independent business units in his earlier jobs and taking them to great heights. Neeraj on the other hand was working as the global sourcing head for furniture brand Ikea. Their corporate stint had given them enough exposure as well as the confidence to startup on their own.

Casa Brands is the holding company and Bonita is one of the first brands to be launched by the venture. Casa Brands is modeled along the lines of Lifetime brands, an US company. “Casa Brands was setup as an entry vehicle for brands that wanted to get into India, because we have relationship with a lot of international brands. The first brand launched under Casa is Bonita. Casa Brands will also be the vehicle for other international brands that we bring into the country. So instead of having 10 different companies working on 10 different brands, we have formed a company and will have various brands under it,” explains Umang.Bonita, which means pretty in Spanish, is completely made in India. It is manufactured in India and the products are currently being sold in the US and New Zealand markets, besides India. Casa Brands has four factories in Maharashtra, Uttarakhand and Delhi/NCR region. About 90% of the products offered under Bonita brand are made in these factories, and Umang says there maybe one or two products that they import from abroad to complete the offering on the laundry, organizing and storage space. This space is commonly known as the home utility space in India.

Umang says the market for the products they make is quite big and most products in this space are imported. Besides Bonita, there is another German brand in the market, but it is comparatively very expensive. While Umang is not sure of the exact size of market opportunity, he draws a parallel to the irons – steam and dry – sold in India. “In India, about 13 million irons are sold. Steam irons constitute about 30-35% of this market, which is about 4 million and there are 20 brands operating in that space, including Bajaj, Philips, etc. Now out of the 4 million irons, we are targeting a potential of at least a million ironing boards in a year. Our entry level ironing boards cost Rs 1,750, so at that level also we are talking about Rs 175 crore of market size,” explains Umang.

Besides ironing boards, the cloth dryer segment is even larger because each household needs a dryer. As the category is largely unorganized, Umang says the demand for a trusted brand is high and that is where they are seeing success. This year, Bonita should grow by 30% he says. Traditional retail stores that sell domestic ware items contribute a bulk of their revenues. “We have grown at more than 100% YOY since our launch and the growth in the year 2014 – 15 is going to be at least 300% over the last financial year. The major reason for this type of growth is due to our products being preferred by all major modern retail chains, e-commerce retailers as well as our traditional domestic ware stores,” claims Umang.

Many white goods and consumer durable brands are also giving away Bonita products as add-ons to their own product sales. For example, offering an ironing board with a washing machine. Apart from this, several other brands also prefer to give out Bonita products in their consumer offers or through their own network of customers. “We have recently supplied to Amway and our products are being launched as consumer offers by two major national brands in India in the appliance and white goods segment,” says Umang.

Apart from traditional retail, Bonita is also entering modern retail -- Shoppers Stop is one of the first tie-ups they have done in this space. Other associations for Casa Brands in modern retail include Hypercity, Best Price, Viveks and White Mart.

Started with their personal savings of Rs 4.5 crore, Casa Brands is on the lookout for funding to help them grow. While they will continue to introduce more products in the home storage and laundry space, travel storage and mobile storage products will be their area of focus in the near future.

They are also exploring partnerships with white goods and durables manufacturers to be offered as a bundle for their products being sold. There is still a lot of ground left for Casa Brands to cover, and Umang says they are taking the first steps towards building a large organization. “What we have done is build partners, because we realized early on the need to have partners in this business. We have built a network of distributors around us, and have tied up with people who are good at traditional retail, and people who are good at e-commerce. If we would have gone to individual distributors and tried to talk to them and keep the margins to ourselves, it would have probably taken us 10 years,” explains Umang.

Bonita has mostly done digital advertising and BTL activities like in-store activations and email campaigns. Traditional retail is a major contributor to their revenue, while online sales should contribute about 30% to their revenues by end of this year, says Umang. “It’s too early to say which channel gives better returns, because we have just invested and returns won’t come in for next two years. We are trying to build a brand and that too in a shoe-string budget,” he says.

Casa Brands has a team of 25 people presently, which Umang says has been a challenge to get together. “We are building a good company and today have good people at the core level, but yes to convince these people to join us was a challenge. I was able to visualize this would happen, but for people to believe in my vision was a tough thing,” says Umang. Through Bonita, Casa Brands is building a distribution channel both nationally and internationally. And once the channel gets created, other brands – Indian or international -- will travel through the same pipeline, because the end consumer will be the same, shares Umang about the vision for Casa.

In retrospect things look good, but the journey has been a tough one for Casa. All through his 15 years of corporate experience, Umang would be troubled by the fact that good quality Indian products made in India were being sold under international brand names, and we were deprived of the credit. “My thought was why we can’t become like Samsung, who is creating its own products and also has an identity,” he says.

With Bonita, Casa Brands has taken the first step towards ensuring we get the credit for what we create, and Umang promises this is just the beginning.