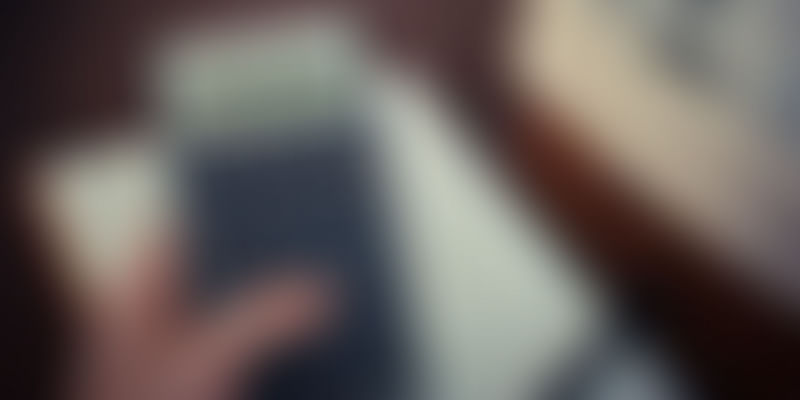 ClearTax helps Individuals file their Tax returns online via their website- all a user has to do is upload their Form-16 PDF and the ClearTax software prepares the tax return instantly and automatically. It is basically a technology company that happens to be in the 'tax' space. We first wrote about the company back in 2012 and had featured them amongst the top five finance startups from India. The company was founded by Archit Gupta, Raja Ram Gupta, along with Srivatsan Chari and Ankit Solanki. This startup's perseverance are now reaping fruits with the company compounding traction year on year. In a recent development, ClearTax became the first India focused startup to be funded by Y Combinator, the big daddy of startup accelerators. We got in touch with CEO Archit to learn more about the development and their future plans.

Archit is an IIT Guwahati alumnus who went on pursue a master in computer science from the University of Wisconsin-Madison. He was also pursuing a Ph.D but was nabbed out of it by Data Domain Inc. He worked there in the valley for close to three years and this is when he was exposed to the Silicon Valley startup culture. Data Domain had an interesting story in itself whose conclusion was a massive $2.1 billion acquisition by EMC and this had a lot of learnings for Archit who was able to witness the whole cycle.

"I had a lot of friends who had started up here and had acquired some valuable exposure to how the Valley works," says Archit. The desire to startup on his own was always there and coming back to India was more of a gut driven move. He got together with his father who is a CA and this is how ClearTax had taken birth back in 2011.

The journey since then

Archit had founded the company along with his father Mr. Raja Ram Gupta and the company has a strong core team with Srivatsan (VP) and Ankit (CTO). "It has been an interesting ride. Taxes is an unglamorous business (which we like a lot as finance and technology geeks). This makes for interesting type of product design and choices in building the company," says Archit. ClearTax claims to be the fastest growing website in the space. The Government’s mandate is to make tax returns electronic for the nation. This year itself, 25 million tax returns are expected to be e-filed. "At ClearTax, our key focus is simplicity and design of our software and user experience. Today ClearTax is the best-designed tax filing experience in India. Our largest competitor is the Tax Department’s excel / Java based software which is pretty tough to use if you are approaching tax returns for the first time," says Archit.

All about YCombinator and the road ahead

It has been more than a month since ClearTax became a part of the program and the core team has been shuttling between India and US since it is tax season in India. Talking about the application process, Archit says, "One of the very basic requirement is confidence. If you want to get into YC, you have to apply to YC! We applied to Y Combinator via the standard application process. We filled out the YC application form online. At the time of application, we didn’t submit the video (a video of the founders is required as part of the application) as we were in different cities running sales or meetings. We got a message from YC to upload a video to complete the application. We recorded that and later on, we were asked to show up for a ten-minute interview at YC. We flew to California for that and then got in."

The decision was pretty natural. It is many a times made to be an India v/s the World battle but for Archit and company the step came from what would be best for the company. YCombinator (arguably) has some of the best people on earth and the sheer energy of the place is what attracted Archit. "I've not interacted much with investors in India. Accelerators like YC have the risk taking ability to back some of the craziest ideas and being in company of such people is an enriching experience in itself," he says.

The other interesting thing about ClearTax being selected for YC is that it is the first India focused company to do so. But this, according to Archit is not because of any special reason. "There is a clear focus on the founders and things like valuations, etc didn't really matter," says Archit. YC has a laser sharp focus on week on week growth during the program and the good thing for ClearTax is that the tax season has coincided with the program. They've not disclosed the numbers but the plan is to continue to grow in India and help every single tax payer e-file. The team is excited about Android and the opportunity it offers alongwith the global opportunity that YC enables ClearTax to reach.

Website: ClearTax (For fellow entrepreneurs, Archit can be reached out @architgupta).