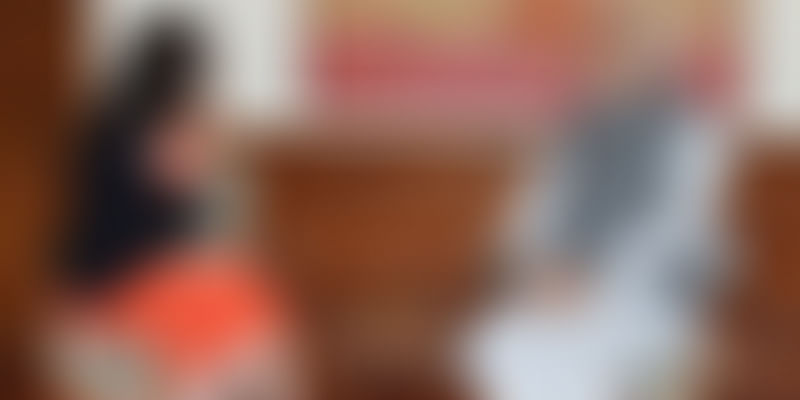 Prime Minister Narendra Modi had a special visitor today. Facebook’s COO and one of the most influential business leaders across the globe Sheryl Sandberg called on the Prime Minister in New Delhi.

Sandberg was the first woman to join the Facebook board, and is now worth more than $1.0 billion. Before her current role , she was Vice President of Global Online Sales and Operations at Google, and was involved in launching Google's philanthropic arm Google.org. She had earlier served as chief of staff for the United States Secretary of the Treasury.

According to the PMO, the meeting was very fruitful as Sandberg pointed out the importance of India for Facebook. India is the second largest market for Facebook with over 100 million active users.

We intend to commemorate Mahatma Gandhi’s 150th birth anniversary year with a special focus on cleanliness and I spoke to Ms. Sandberg on how Facebook can assist us in this endeavour.”

The PM & Sheryl Sandberg discussed several issues including better usage of a platform such as Facebook to integrate people with governance.— PMO India (@PMOIndia) July 3, 2014

Sandberg was dressed in saffron for the meeting. She met nion Minister for Communications & IT, Shri Ravi Shankar Prasad as well. She recalled beginning her career in India with the World Bank’s India Health team 22 years ago. She mentioned,

Meeting Prime Minister Modi gave me the opportunity to express my personal appreciation to him for making the education of girls and women a priority as equal opportunity is essential for strengthening all economies and creating a just world. It is exciting for our all-female delegation to leanin with Prime Minister Modi.

We were glad to be able to congratulate him on his election, and on his unprecedented use of Facebook to connect with voters. Digital diplomacy can change our national and international dialogues and that is why he plans to champion the free and open internet on the world stage.

It was an honor to have this exchange and we look forward to ongoing collaboration.

Ms Sandberg pointed out that India is important to the global economy, as well as to Facebook. She said, “We look forward to working together on internet.org to bring the next billion people online. Access = opportunity – creating more economic, social and political opportunities for the people of India.”

Earlier in the day, Mr. Modi met Senator John McCann who conveyed US desire to revitalize the strategic partnership between both the nations.