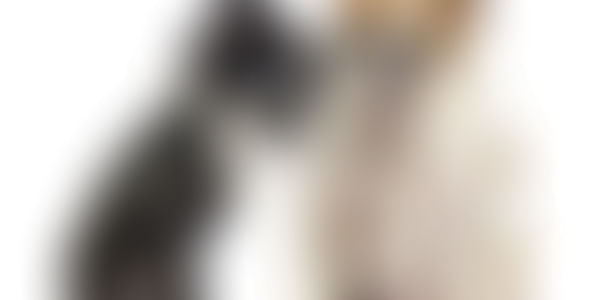 Entrepreneurs aren't the only ones who have to deal with annoying people, but chances are they have to deal with them the most. Be it battling bureaucratic red tapes to dealing with professional time wasters, annoying people are a fact of life and no matter how much we detest dealing with them, there is no escaping them. They insist on offering “good advice”, sagely nod their head at your opinions and then demand that their way is right and should be followed. They treat you either condescendingly or angrily, flouting your well-meaning logic with sentiment, anger, power or authority. This compilation here is inspired by assholes plaguing many a good people’s lives and hopefully will aid you a little in your own.

Analyse the Source of Annoyingness

Usually the annoyingness of a person is not all encompassing. There is a particular detail in the character that specifically annoys or offends you. Once you identify and pinpoint that source, then it becomes much easier to deal with. It also helps you isolate the one irritating quirk form the rest of the personality and this will help you enjoy the person’s company better and with more ease. Once you have analysed the specific area in which the person appears most irritating, divert and channel that energy into something more productive. Eventually, even the annoying person will realize that it is more fun to be fun that it is to be annoying.

Deal with absurd behaviour as peculiarly as you can. Perhaps the person will realize how stupid they sound or recognize their own idiosyncrasies reflected in your consequent behaviour. When they do or say something that’s annoying or absurd, roll your eyes, shriek in outrage or pace around the room at high speed. Say that whatever is causing them distress is absolutely outrageous and you cannot bear such injustice happening in the world. If they seem bewildered by your reaction, then know that you are proceeding correctly. Make loud appreciative noises while they are talking, nod your head vigorously to agree with them and vehemently join in protest when they disagree with something. Be patronizingly proud to their boasts and demean anyone in the world they have a problem with, even if it is yourself. One can only hope that the hint will penetrate the skull of the annoyer and they will emerge a more decent, bearable person. If not, they will avoid you for sure, solving your problem either way.

It was a good day. You had been feeling very light and happy till you ran into some self-righteous arse who just had to regale you with the merits and demerits of the current generation. With a sinking feeling you feel your good mood shrinking and a terrible headache taking its place. When desperate, seek desperate measures. Start coughing violently, sneeze like all the peppers of Mexico have entered your nostril or say that you have terrible diarrhoea and need to rush, else you will pollute God’s own earth in the smelliest way possible. The annoying person will look most alarmed and hastily make way to ensure you don’t poop in his shoes. Run like your backside is on fire and don’t look back.

Give back as good as you get

This idea comes from the celebrated British crime novelist Agatha Christie. In one of her short stories, a hapless man is stuck with a loud mouthed, rude, inconsiderate jerk who refuses anyone else to get in a word while he is talking. And he is talking all the time. The protagonist starts talking equally loudly, interrupting the man at crucial points of his story to make his own points. Once the man said he went camel riding in Egypt. This fellow exuberantly started listing all facts about camels known to man. Each time the man tried to tell a story, he was rudely interrupted by a barrage of useless facts and anecdotes that somehow were related to what he was saying. Has this inspired you yet?

Confront, If You Must

Let’s be honest. There are only so many diversion tactics. And you cannot keep pulling ridiculous stunts to avoid being annoyed. Eventually your sanity will be at risk. So sit down with the person and have a heart to heart chat. Say how deeply you admire and respect them and how you don’t want to lose them at any cost. Honesty and trust are the foundations of any relationship. Surely if the other person holds you dear, then they will pay heed to what you have to say. Tell them that they should also come forward with any complaint that they have against you, and you will not take it the wrong way. Rather, you will try your best to redress it. This will put the other person at ease and make them more open to your suggestions and complaints. However, only use this as a last measure. Most people, for some reason, don’t like being told that they are annoying.

There’s only so much you can do. You have a life to lead and tiptoeing around people’s feelings and sentiments all the time can be an exhausting affair. Putting up with their boorishness because you are too polite to tell them otherwise, having your own feelings abjectly ignored and your needs trampled upon- you cannot and should not handle that on a regular basis. It will generate enough negativity to last a lifetime. At this point of time, there is only one thing you can do, pull the plug. Avoid the culprits at all costs and focus on the good things in your own life. They will get what they deserve eventually.

Go to your happy place

And then there are people you cannot avoid or throw out of your life, especially if they are authority figures. You have to put up with the vindictive boss or the harrowing teacher to get by in life. And the heart to heart chat isn’t an option here either. There’s not much you can do other than putting up with it. Except one thing. Go to your happy place. Imagine a memory that make you smile or laugh and instantly perks up your mood. When such people are droning on, then zone them out. Keep a blank expression on your face, nod periodically and lose yourself in happy thoughts of the past or plans of the future. This will form a shield around you which even the most annoying arrows will not be able to pierce.

It is human nature to blame someone else. We tend to overlook our own faults almost always. Before you go cribbing about how much others irritate you, look within yourself to find out if you are not the one being too critical. Are you the one being too annoying, so that others are forced to repay you in kind? It’s not a black and white world. There are shades of grey everywhere. Unless you are all white yourself, you have no right being so hard on others. Chances are they are not all black themselves. You’d be surprised at how less irritating other people became once you become less judgmental.

Don’t put up with things you don’t have to. To a certain point, everyone can take advantage. To a certain point, you have to be malleable. You might not even have a choice. But there are lines you cannot less others cross, no matter how strong a hold they have over you. Once you have earned a reputation as a pushover, there is no stopping the exploitists from abusing their power. Make sure that they understand a No means No.

Focus on your reaction, not their behaviour

If you were waiting for the world to stop being annoying, while you are being a considerate fool, then a fool you’d remain. Forever. You cannot control the behaviours of others. What you can control is your reaction on them. Rather than being frustrated at the lack of outcome of your utmost consideration and politeness, focus on handling your energies and reactions better so you can fend of the ensuing negativity that is bound to emerge from an annoying interaction. Cultivate calm, connected and peaceful reactions. Don’t give in to urges of anger and apathy. Focus on pro-action, not reaction. Cultivate patience. These qualities will come in handy not only while dealing with annoying people, but in all walks of life.