From gaga to blah blah: the waning potency of celebrity endorsements 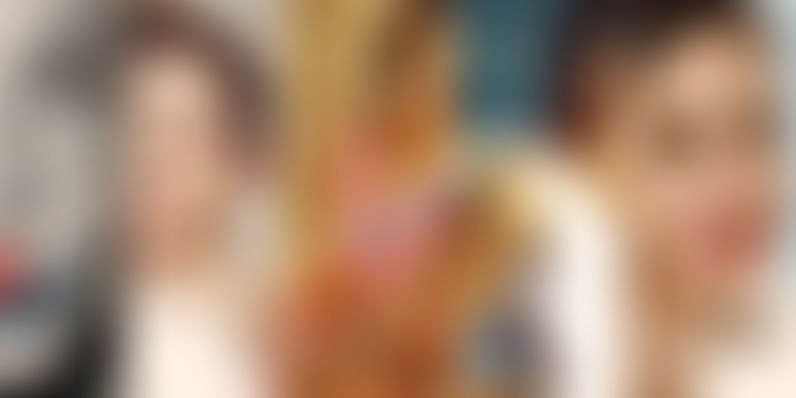 In 1863, French chemist Angelo Mariani produced Vin Mariani, a tonic wine. This patented medicine was the product of Mariani’s obsession with coca, now largely known for fuelling the better part of Keith Richard’s career, and ending ten times as many. Vin Mariani was one of the earliest brands to use famous personalities to endorse its product. During its heyday, the product featured Pope Leo XIII in its advertisements as a regular user of Vin Mariani. The tonic was to later inspire the creation of Coca Cola. Today, Coca Cola’s ambassadors are an endless list of celebrities and sportspersons.

The effectiveness of celebrity endorsements is not a new debate.

In 2009, one of the most embarrassing infidelity scandals broke out in the media. True to his name, Tiger Woods had been caught prowling more than his share of forests. General Motors, Gatorade, Accenture and AT&T ended their sponsorships with Woods completely, as others suspended their campaigns with him. In 2013, ‘I am the bullet in the chamber’, Nike’s disturbingly prophetic campaign was suspended after Oscar Pistorius, South African sprint runner, shot model Reeva Steenkamp, his girlfriend at the time, in his house.Both cases were considered endorsement disasters. There is no predicting how a famous endorser will behave, so the risk is obvious. Whether the benefit is better than the risk is a matter open to more research.

This isn't the only problem.

There’s always a fear of being associated with a celebrity who may have personal views that are in stark opposition to what a brand wants to portray. The advent of social media makes it even more difficult to project a clean endorser image when celebrities and sportsmen are constantly spewing everything that comes to their mind, including their choicest racist opinions or a clear lack of political understanding (Scarlett Johansson’s SodaStream commercial).

There’s also the problem of the audience calling out a celebrity’s hypocrisy. Any traditional rockstar that dares to endorse a product is immediately branded a sell-out. Beyonce has a lucrative deal with Pepsi, but ties to the Let’s Move fitness initiative by Michelle Obama, and everyone who knows both these little facts has been quick to point the contradiction.

If that’s not bad, repeated surveys have shown that people genuinely believe celebrity endorsements aren't a deciding factor in purchasing products. Though, to be fair, survey-based research has a serious flaw of assuming the participants are not only telling the truth, but are self-aware enough to know they are not subconsciously affected by advertisements.

Even if you ignore these problems, there’s always the quintessential question on everyone’s mind: Do celebrities even use these products? There needs to be a certain level of believability in a celebrity endorsing a product, or their relevance to the product.

There’s no debate over the cynicism of a viewer watching Kobe Bryant endorse McDonald’s, Sprite and Nutella. (All three brands later dropped him due to controversy.)

Even if Nike’s Pistorius campaign turned out to be an empty rifle, the relevancy made it justifiable. Pistorius is (was?), after all, a sportsman. Virat Kohli’s endorsement for Adidas, Dhoni’s for Reebok, Aishwarya Rai’s for L'Oreal and Asin Khan’s for Avon make equal sense.

We expect Kareena Kapoor to undergo cerebral overdrive at the thought of choosing ‘only one bag?’. But, when Kareena Kapoor encourages you to powder your itch away, you need to raise an eyebrow. It’s hard to imagine Kapoor slathered in what is eventually going to turn into white paste on a hot summer’s day. Neither is Deepika Padukone’s saccharine counsel on Axis Bank remotely useful. Celebrities have never been important deciders of what financial plans we make with a bank, but friends, family and experts have. Virat Kohli endorses both Huawei and Celkon mobile phones.Recently, Shahrukh Khan flew to Dubai to endorse a luxury real estate venture, The Royal Estate. In this case, he’s reportedly involved in ‘landscaping’ and ‘designing’ of the project, which usually amounts to: ‘I have a cool idea.’ Realty development, again, is not an area where anyone considers celebrity advice relevant. Yet, 3C Company, Lodha and SKYi Group bagged Virat Kohli, Aishwarya Rai and Deepika Padukone, respectively. These multi-billion dollar projects haven’t needed celebrities before, because they relied on their own worth and attributes. So, are these giants simply looking to jump on the bandwagon?

Madhuri Dixit now supports healthy eating by encouraging growing children to eat nutrient-lacking, fatty, sodium-rich packaged ramen. Leaving the irony of the advertisement aside, few 5-15 year olds even relate to Madhuri Dixit to consider her an influence in their eating choices. Superman, Krrish or Mrs Incredible are better choices, and a lot of American advertising militantly exploits this to sell junk food to children.

Does the cherished and old Asian tradition of paan (beeda) need Shahrukh Khan? Are we more dependent on his taste-buds over ours to decide the best paan masala brands?

It’s not only a matter of popular brands using celebrities in a significant percentage of their advertisements, but the number of celebrities hogging on as many advertisements as possible. It’s come to a point where the product is equally as unimportant as the celebrity. If there’s feature fatigue and decision fatigue, we’re probably entering into an era of celebrity fatigue.

Anushka Sharma has become such a staple in the advertising industry, fairly soon people will forget her primary job is acting. We don’t know if kara tissue papers really gains from Sharma’s support for its effective tissue wipes abilities.

High consumer involvement products like technology products don’t benefit too much from celebrity endorsements. People, nowadays, are more likely to buy a camera for its features and expert advice online, in shops or recommendations by friends and family. An inPowered-funded study by Nielsen concluded that consumers are five times more likely to turn to trusted content to make purchase decisions.

‘Overall, our research suggests that there is a higher degree of trust from consumers when they are reading content from credible, third party experts. This trust is demonstrated by the higher lift scores with regard to product familiarity, affinity and purchase intent and its perception of being highly informative and unbiased.’

So, Priyanka Chopra’s endorsement for Nikon is eye-candy at best, superfluous noise at worst.

These products survive only if they perform well - there are complex industries that go into the making of these products, including engineers and scientists.

However, it’s the large number of low consumer involvement brands (tissue paper, deodorant, toothpaste, most of Vidhya Balan’s endorsements) bagging celebrities. So, it seems like more of a marketing attempt to increase product recall. If it weren't for a popular face advertising something as inconspicuous as a tissue paper, would we remember kara?

On the positive side, take Apple. It has never need celebrity endorsements, and still doesn't. It’s lucky in that almost all celebrities do use its products, so believability is extremely high. Their celebrity ads serve less as forms of product recall or meaning transfer (the idea that celebrities transfer what they symbolise to a product), but reinforcement of its product quality, which makes their use of celebrity endorsement clever and smarter than others. Apple’s celebrities aren't embellishments, but part of a narrative centred around the honest everyday interaction of celebrities with their devices (Zooey Deschanel & Samuel L. Jackson, Siri), seemingly extemporaneous monologues about the product (Will Ferrell, iPod), casual witty conversations (Justin Long, Get A Mac), or a simple and artistic non-glamorous film (Coldplay, iPod).

However, when advertisements are saturated with glamourous token shots of celebrities, do consumers become immune to their presence? If every other ad features a celebrity, is it really featuring a celebrity? The best Indian advertisements today have been those with story, devoid of celebrities. Few exceptions exist like Shahrukh Khan’s Parle Agro ‘Magic of Frooti’, which didn't centre the product around its celebrity.

At this point, Vidhya Balan (Aliva crisps) has become just as much of a television staple as Anushka Sharma or Saif Ali Khan (Lays, Sansui). Forever struggler Abhishekh Bachhan is the Idea man, his only consistently lucrative career choice. Amir Khan, Katrina Kaif, Kajol, Akshay Kumar, Hema Malini and her daughters, Ranbir Kapoor… the entire industry is on your television everyday. It’s hard to name exactly which washing machine or crisps brand these celebrities like after vouching for one too many brands. It’s normal for celebrities to endorse everything, defeating the very purpose of this marketing technique.Even when the strategy is tweaked, it may not always achieve what it’s supposed to. Who genuinely remembers the product model from Megan Fox’s Acer advertisement? We were likely trying to gather our senses from the deliberately unexpected and comedic premise of the ad itself: an Intel-powered Acer allows even Megan Fox to be a marine biologist. The nature of the ad made Megan Fox bigger than the product.

If you want something even weirder, Bob Dylan once endorsed Victoria’s Secret for reasons still mysterious to the world. MasterCard attempted to milk the Kardashian herd by introducing the luxury credit card Kardashian Kard for teenagers, which Gawker considered the worst credit card ever ($60-100 to activate).

In all these exceptional cases, we remember the celebrity for their ‘weird endorsement’, but our feelings towards the brand or product remain neutral or apathetic.

The jury is still out on the effectiveness of celebrity endorsements, and there is a possibility it’s seriously declining. This isn't to say they don’t matter. When a famous personality recommends a product that the audience feels is relevant to their status in society, it has an effect. Celebrities endorse L’Oreal, salons endorse L’Oreal - it may encourage me to buy the product, provided it suits me. After all, the experts celebrities work with use them. Brand loyalty only develops if the products are useful over a long period of time, though.

A word of caution feels necessary to calm the million dollar-scented winds.

In 1952, when Marilyn Monroe gave this iconic answer to a question about what she wore to bed, Chanel No. 5’s place in the world was cemented. In interviews and photoshoots, the perfume seemed a natural part of Monroe’s life. Chanel No. 5 was everything Monroe symbolised. More than half a century later, this iconic square bottle continues to be the queen of fragrance royalty.

But, the winds have changed direction since then.

Celebrity culture has changed. There are no stars that awe us, neither any with substance. The enigmatic and titillating gap between artist and fan has been finally bridged. They've been demoted - from Gods to demigods to entertainers. We just know them too well, and they’re endorsing too many things. Gone are the days when women would sigh and men would rise in numbers against Rudolph Valentino’s re-construction of masculinity, or how Madhu Bala captured the hearts of men with one lopsided smile. They were undoubtedly the nouveau royalty of the world that the people could not touch, whose lives weren't open to the world and who were personalities not people. Very few magazines had access to these stars, so there was an exclusivity attached to their existence. Nothing of that exists anymore, and most of the power associated with that existence has also waned.

So, we need to ask ourselves… are celebrities really worth it?