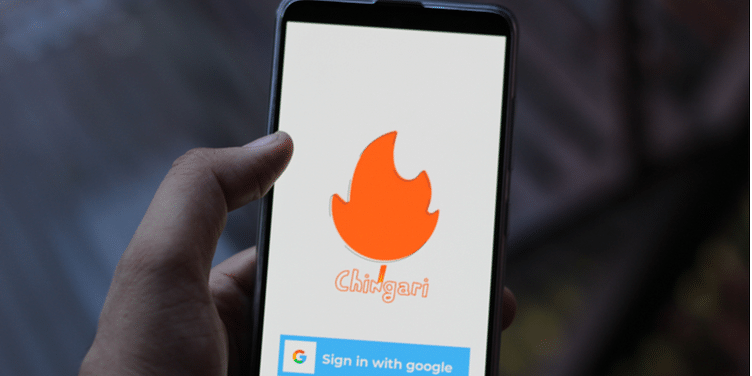 Many are lauding India's ban on Chinese apps, considering it as an opportunity for homegrown apps, and a massive step towards the PM’s war cry of “Vocal for Local.”

The Indian government on Monday banned 59 Chinese mobile applications, including top social media platforms such as TikTok, Helo, and WeChat, to counter the threat posed by these applications to the country’s “sovereignty and security.”

The growing tension between India and China, following the clashes at the border two weeks ago, is also a reason behind this move by the government.

The Confederation of All India Traders (CAIT), which earlier started the ‘Boycott Chinese goods’ campaign, also complimented Prime Minister Narendra Modi and the Government of India for such a massive step of banning 59 Chinese applications.

Many are lauding the move, considering it as an opportunity for the homegrown apps, and a massive step towards the PM’s war cry of “Vocal for Local.”

YourStory list a few alternatives for the banned Chinese apps across different categories.

The latest entrant in the short-form video platform world is the homegrown Mitron app. The app gained much popularity in India during the lockdown.

Launched in April 2020 by Shivank Agarwal and Anish Khandelwal, the Mitron app is hailed by many, as India’s answer to TikTok, and has clocked more than five million installs within the first month of launch.

Within just two months of its launch, the app crossed one crore downloads on Google Play Store, with a rating of 4.5 out of 5.

Bootstrapped as of now, Mitron’s growth so far has been purely organic — without any marketing expenses and campaigns.

Chingari pays a content creator based on how viral the video becomes. The app claims to be more rewarding than the Chinese app TikTok, as creators on Chingari get fame, as well as money for the content they upload.

Google Chrome is one of the widely-used browsers worldwide. As part of its core Google Mobile Services (GMS) package, the browser comes pre-installed on every Android phone.

The Alphabet-owned company continuously updates its Chrome to protect users from harmful websites and malware, keeping in mind the security and privacy of its users.

Another alternative to Chinese browsers is Mozilla’s Firefox, which has a dedicated ‘Tracking Protection’ feature that prevents websites from tracking its users. It’s ‘Firefox Monitor’ feature alerts users immediately, in case an email ID or password is involved in a data breach.

Just like ShareIt or Xender, Files by Google is a file management app that helps free-up space, and can also be used to transfer files or apps from one device to the other. It also allows users to back up files to the cloud to save space on the device. As per Google, it is light, fast, and more secured.

Another alternative for the file-sharing app is Send Anywhere. It is used for cross platform sharing that allows users to send files from an Android to a Mac or Windows.

Notebloc is a free scanner app developed by a notebook company in Barcelona, Spain. It has a similar interface and customisation options as CamScanner.

Unlike CamScanner, Notebloc has a key feature that the app is prepared to carefully collect hand-written documents. It doesn't matter if the text is super dark or not, using its enhancement filters, the look of the photo can be improved to make it look as close to reality as possible.

﻿Inshorts﻿is a popular news app that selects the latest news from multiple national and international sources and summarises them to present in a short and crisp 60 words or less format, personalised in both English and Hindi.

A pioneer in short-form content, Inshorts was founded in 2013 by three IIT students Deepit Purkayastha, Azhar Iqubal, and Anunay Pandey.

Having realised the abundance of products in the metros, and its limitations in rural India, Jani Pasha and Vipul Chaudhary founded the hyperlocal content startup Lokal during the summer of 2018.

Dual apps like Parallel Space allows users to run two instances of an app simultaneously. One of the best alternatives to this Chinese app is Multiple App Cloner developed by an Indian developer.

However, most smartphones today come with the ability to have dual apps which eliminates the need for a dedicated app like Parallel Space.

Airmeet is a homegrown virtual meeting and online event platform. The Bengaluru-based startup recently raised $3 million in funding to push its offerings in the aftermath of the pandemic that forced widespread event cancellations.

With Airmeet, the cancelled events can now go online, and at a large scale. The platform can host up to one million live attendees and let them seamlessly interact with each other, thereby replicating the networking atmosphere of an offline venue.

Until recently, Google’s premium video conferencing product Meet was available to G-Suite users only. It meant that only paying customers could start meetings, but anyone could join one.

Now with the demand for virtual collaboration tools hitting north due to the coronavirus lockdowns, Google Meet is free for all users.

Android phone does not need any sort of antivirus software and can run smoothly and safely without the need for any of these apps. In fact, these apps occupy more RAM and memory, without deteriorating the performance of the smartphones.