With the world at her feet, Revathi Avasarala is reaching for the stars 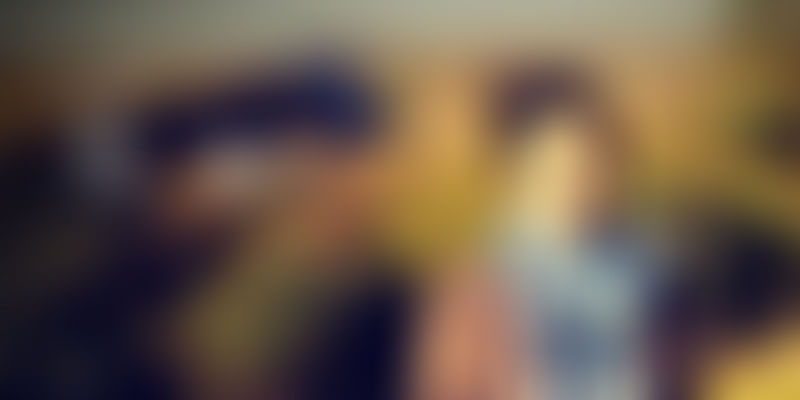 This story is a part of the Mia Women Series, sponsored by Tanishq, where we showcase bold, beautiful and colourful stories of inspiring women. (HerStory exercises full editorial control over all the posts)

The story of Revathi Avasarala seems straight out of a novel. Born in South India and brought up in South Florida and the South of France, she has travelled far and wide. She is a fiercely independent woman who has always followed her own heart.

With schooling in Florida and Monaco to college in Vermont, she has studied Economics, Political Science, French and Mandarin. Two years working for Cravath, Swaine & Moore LLP in New York City, made her realize that Corporate Law was not for her, so instead of attending Law school as she had initially planned, she attended Georgetown University’s School of Foreign Service, where she received her Masters of Science in Foreign Service in 2009.

At Georgetown, she focused on global corporate finance with a specific interest in access to finance and small medium business growth in emerging markets. She interned with former U.S. Secretary of State Madeleine Albright’s consulting firm, The Albright Stonebridge Group LLP, as well as at the U.S. Department of Treasury’s International Affairs group, where she focused on European macro-economic policy.

After her graduation, she joined Deloitte Consulting’s Strategy & Operations group in Washington D.C. where she was able to enter the emerging market space, working on public financial management and pharmaceutical supply chain strengthening work in many parts of West Africa, Southern Africa, and Asia. At Deloitte, in 2011 she received the Consulting National Leadership as a Strategy & Operations ‘Top Performer’ in 2011. Revathi says,

In 2014, I wanted a change, and the chance to really put my emerging markets experience to the test, and joined Rocket Internet GmbH, starting up Kaymu, an e-commerce website, in Zambia. And that’s where I am today.

Revathi or Rev as she is known, feels she has “managed to manage teams of 20+ from the age of 25 which I really appreciate my mentors for giving me the opportunity to do so. I love that I have worked in public, academic, financial, and startup sectors.”

Revathi has been to almost 70 countries and 22 in the last year alone both for work, research and fun. Some of the places she visited- Nepal, France, Spain, UK, Italy, US, Zambia, Botswana, South Africa, Zimbabwe, Malawi, China and Japan. Given that she is always game for adventure, Revathi has done some crazy things! From backpacking and climbing mountains in Patagonia in Chile and Argentina, to staying at brothels and refugee camps on the Liberia/Ivory Coast border just to get a job done. “My life has been pretty crazy. The craziest has probably been following my gut instinct telling me I have some other purpose and quitting my stable consulting job with a very good stable revenue to start a company in Africa with no rhyme or reason other than it felt right.”

Given the cultural exposure Revathi has had, she believes that the world is a tiny place though growing exponentially, population wise. However, she says, “People are the same everywhere: they love, they eat, they have children, and save for their children. We are all humans at the end of the day and most of the places I have been to have confirmed that. Any sort of perceived difference might arise from how we choose to protect our families, cultures and religions. Other than that we are the same across continents: humans are born to think, learn, protect, and love. It just comes out in different ways in different countries.”

She adds, “Growing up in a very small tight-knit community has really made me into more of a team-oriented person. From childhood I have lived in small towns and went to schools with very small class sizes, with classmates from across the world. There is something about it that brings about an awesome sense of community without national, ethnic or religious boundaries. Not very many places in the world you have a Norwegian grade-school student come home for some daal and chapati, or have reindeer soup as a winter snack!”

“Startup ecosystem is not at all male dominated,” says Revathi. “In fact, I think women have been in the startup space for much longer than men especially in Africa where you have women who use their own resources to sell on any medium necessary to make ends meet. In the developed world, the word startup has a very different connotation, so, yes, it is male dominated, mainly because they are very good at fundraising. But it won’t be for long,” she says confidently.

Revathi is fiercely independent and calls her own shots. Her family is her greatest source of strength. “We are a family of travelers with my parents having bases in several countries. So I say that ‘home is wherever my parents are.’ They are my constant anchor, always available on the phone or social media, whenever I need advice be it solicited or unsolicited.”

“I frankly think gender has nothing to do with it. I have never felt disadvantaged as an Indian women in a predominantly white male markets. I believe that in fact women have a huge advantage over men once the initial barrier is broken – better management, patience, and strategy,” reveals Revathi.

According to her, “Women can have it all as long as we have the dedication, determination, soft and hard skills to make life work for us. It’s not easy, and especially not easy for Indian women due to socio-cultural factors. Revathi believes that everyone can have it all as long as one is strategic, and more importantly, knows what one wants. “Women unfortunately do have biological clocks so that adds a relative ‘immediacy’ but regardless Sheryl Sandberg’s ‘Lean In’ holds true. The challenge is teaching that to the rest of the world where women are very much confined and trapped in limited roles,” shares Revathi.

Revathi loves watching old British comedies, sordid commercial drama and murder mysteries. She likes theatre though not musicals. She plays tennis and enjoys hiking. Her daily ritual is 5k run which she says, “wakes me up.”

Revathi’s loves fashion. “I like classic lines, few accessories, and a good ballet flat or loafer. I like to stay constant with my style.” Her wardrobe includes collection of boots, knee length patterned dresses, lots of scarves, skinny jeans, cardigans, tops and loafers or ballet flats. “You will find me in these outfits along with my watch and LOVE bracelet, my emerald ring and my heirloom earrings. The only things that change are the bags. Bags are my weakness,” she says. It is a trait she gets from her mother.

She likes green and grey. “I love that both grey and green have tendencies to bring out not only the best in nature and weather, but creativity. I love that grey leaves you in between something and it’s up to you to decide which way to go: the whit side or the black side. And all the other colors can from then on contribute. People think I am crazy for saying grey is my favorite color.”

Given her travels and upbringing she is naturally multi-lingual. She is fluent in French and English, can converse in Mandarin and follows Telugu.

Revathi loves making people happy and mentoring people who need help. Her other passion is art and reading. “I can be absorbed in any type of good or bad literature, regardless, I know I am learning and remembering something. As for art, my father is a collector so from childhood I have attended auctions or fairs with him and learnt the intricacies between French masters, impressionists, local, and Indian art. The thought process that goes behind creating a piece of art is magnificent.”

If you are a Mia woman like Revathi Avasarala or if you know someone who is, tag her on Twitter and let us know why she is a Mia woman using #MiaAtWork. We are listening to you.