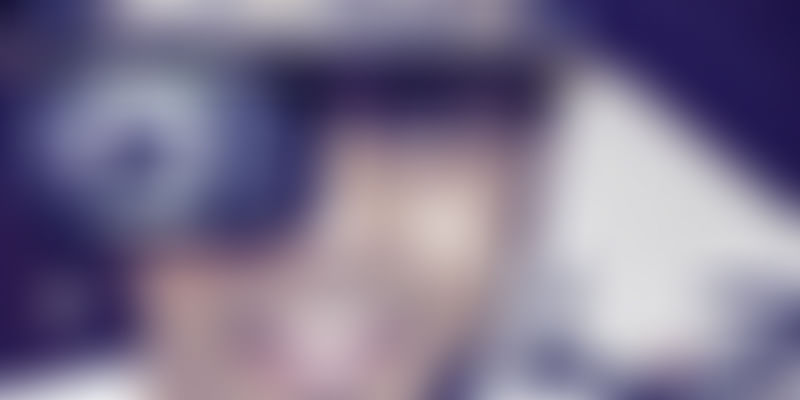 As a child, Arvind Sanjeev loved breaking new toys. That was his way of playing with them. He has continued his hacking habit and is now a do-it-yourself hard coder. He was recently in the news for creating his own open-source Google Glass clone.

A hardcode electronics and mechatronics fan, he completed his engineering in Electronics and Communication in 2013. He was involved in developing functional prototypes while in college.

He has completed 15 projects and numerous hacks which include following:

1. RideSmart – It is a remote Vehicle Activation System using SmartPhones (Android, Blackberry 10, Nokia) and he has filed for a patent (pending) for this project.

2. Smart Cap – It is the open source Glass clone which he developed mounting the display over the cap.

4. He has developed Internet of Things based home automation system.

6. He has manufactured the remote control of quad-rotor helicopter which has auto stabilization in it.

7. He has made a hovercraft with GPS which can be controlled by a wearable hand glove.

8. He has designed a smart and an interactive offline voice response system for home automation.

9. At times, two wheelers are just too easy to steal. Hence, he designed Gspeed, an anti-theft and navigation system for two wheelers.

10. He went on to make a portable GPS navigation module for explorers.

11. He has earned recognition from Kerala Power Minister and Electricity Board for developing home power and internet logger.

12. We have lighted a rocket using normal ignition. Arvind went a step ahead and designed an electric ignition based rocket using self-made solid fuel mixture.

He tells us that he used to refer to YouTube, StackOverflow, etc, to learn more about technologies around Android and other open source hardware like Arduino, Raspberry Pi, etc.

Commenting on the present education system, he says that the ultimate aim of any academic course should be to equip the student with the ability to apply the working knowledge gained through practical applications. He adds that there is an urgent need to revamp the outdated academic curriculum.

Arvind feels that India lacks proper resources and a conducive breeding ground for the hardware industry to prosper. At present, there is a boom of 3D printers and rapid prototyping, and hardware is going to become nearly as scalable as software. Arvind says that India should equip itself with the latest technologies in the market, and only then will we be able to start the race from the same starting line as our counterparts abroad. “Even today, many people, including developers, etc are skeptical about developing a hardware product,” he says.Wearable market is another rat race which everyone is venturing into, be it smart watches, glasses, arm bands and even rings have entered the fray. According to Arvind Sanjeev, the quintessential use for it in our daily life still deserves contemplation. He mentions that affordable augmented reality displays running on artificial intelligence that can be controlled using our brain waves or thoughts, sound promising.

He started a platform called DIY Hacking to serve as a medium to tutor students, hobbyists, etc about the latest technology development. It consists of detailed step by step instructions on how to do several projects centered on modern technology, and has tutorials ranging from $ 80 per head, which include mounted displays, Internet of Things and smartphone controlled robots.

Arvind says that the support he got from his parents -- Dr.Sanjeev S (Principal Scientist, CIFT) and Dr. Usha Sanjeev (Technical Officer, CIFT) -- has helped him in all his endeavors. They have helped him in funding several of his projects and continue to provide him with several resources. He also credits Startup Village, Cochin, for the support and guidance. He also mentions that Sijo Kuruvilla George, Founding CEO of Startup Village, has guided him and several others in all their endeavors and is a true source of motivation.

The story of a hardware genius, Anool Mahidharia