Book2look.com helps you find all about books and buy them online 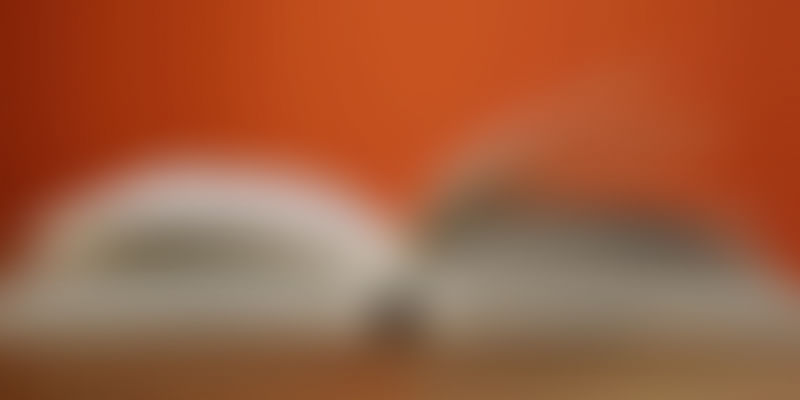 Technology has brought tectonic shifts in the way books are discovered and distributed. The traditional print books have given way to electronic books (e-books) that can be read on e-book readers, mobile phones, and computers. By one estimate, the e-books will overtake print books in terms of volume by 2017 in the United States and by 2025 in the rest of the world.

Technology enables publishers and booksellers to find new ways to help readers gather more information about the books they buy before making the decision. Starting off as an online bookstore, Amazon.com disrupted the book distribution channel using technology as the interface and played a major role in shifting the reading pattern to digital by developing the e-book reader Kindle, which could be termed as a game changer in favour of e-books.

While consumers find it attractive to buy books online, publishers feel threatened by the monopolistic practices of Amazon and online bookstores in general. The traditional modes of reaching out to the reader through bookstores and book reading sessions by authors are seeing a change as technology is increasingly applied in all these efforts. Small publishers usually bear the brunt of the onslaught of technology as they have limited resources at their disposal to develop technological capabilities.

Terzio Verlag München, the children’s imprint of Möllers & Bellinghausen Publishing, a publishing company he later founded with his wife, proved to be another phenomenal success. One of the musical books published by Terzio was converted into a musical, which became a major hit running into more than 600 performances. It was one among the first publishers in Germany to introduce CD-ROMs. The fairy tale run of Terzio began to slow down as Internet began to envelope the world in the early 1990s. CDs became increasingly irrelevant as content was available online, often free of cost.

By 2009, with Terzio’s survival threatened even more by Amazon, Möller began to understand that Internet is where most readers ‘live’ and by reaching out to them it is possible to sustain the sales of books. Möller shared his insights in a talk organized as part of Global Local Talk series by the German Book Office (GBO), New Delhi, in Bengaluru recently.

Möller sought the help of Hitesh Jain, CEO of WITS Interactive, an edutainment company based out of Mumbai, to develop a tool to help him market the books using the power of Internet and also leverage social media in promos of the book. With an initial investment of 25,000 euros, the joint venture between Terzio and WITS was formed to develop book2look.com, a comprehensive book discovery tool.

Möller prefers to call it a viral marketing tool for books. The team went on to develop a widget (called the biblet) that helps publishers reach their prospective readership online anywhere in the world. Book2look is available for the “German-speaking world, English-speaking world, and Spanish-speaking world,” according to Möller. About 60,000 books are available on book2look now. After the success of book2look.de in Germany, it was extended to publishers in the United States, the UK, and Spain. The biblet is not only used by publishers and self-publishers but also by authors, booksellers, bookstores, and bloggers.

What does book2look.com do for publishers?

The biblet is visible to the reader on book2look.com in a flip-through form of a book. The book’s image, clicking on which opens the biblet, can be shared on social media (Facebook, Twitter, LinkedIn, Pinterest) with a recommendation. The recommendation can be e-mailed to friends with a personal message attached on the cover image as a sticky note. The image can be embedded on the publisher’s or the author’s website and a QR code of the book can also be created through which book details can be extracted.

Once the biblet is opened, an icon-based menu provides a host of options: similar books by the publisher and author are available in a clickable link, the visible parts of the book can be searched, extracts from the book can be shared on social media sites with a comment, a recommendation can be written and shared, and all the biblio details of the book are available. Detailed information on the book, such as promo videos, reviews online, and video of the author reading from the book, can be accessed through the book Feed link. Möller says, “We encourage the publisher to put as much information as available here so that the reader has a full access to information on the book.” Using all these information links, the reader can make a decision to buy the book.

The book can be bought online through the ‘animated cart’ link (“the only animated image on the whole site,” stresses Möller). The publisher specifies the websites through which the book can be bought and the link appears at the bottom of the page when the link to buy is clicked. If an e-book version is available, it is also specified along with the book’s image and can be bought instantly.

The booksellers and bookstores get a customizable version of the biblet in which each book listed on book2look.com has the retailer logo displayed once the biblet is opened in the retailer’s website. The attractive feature is that they get the customized biblets free of cost. Bloggers who review books can also request biblets to be customized with their logo, which again appears with their logo when the biblet is accessed through their blog. The bloggers can choose affiliate online bookstores in the ‘buy’ link.

Möller shared a case study of ‘Ama, a publisher in Zimbabwe, opting to list books on book2look.com. The old couple, who own ‘Ama, were able to gain access to a global readership through this offering. That is one possibility offered by book2look that a remotely located publisher gains access to a global market.

Möller contends that the options available in book2look.com are unparalleled and many sites offer only a part of what book2look offers. He believes in sharing of the content by publishers more freely, instead of holding on to it, will have a positive impact on sales. The future is going to be recommendation platforms with semantic algorithms, says Möller, who is already working on another intuitive book recommendation site called flipintu.com. This site, still in beta version, tracks reader preferences through the books they choose as favourites and creates tags in the appropriate genres and subgenres. “Publishers tag books poorly,” he says. Flipintu.com will generate automatic tags without the reader having to do anything explicitly. Möller’s ultimate aim is to create better search results by tagging appropriately.

Small publishers in India are intimidated by technology and technology experts seem to have a poor understanding of how publishing works. Successful marriage of technology with a small publisher is yet to happen on a big scale. Innovations are quite possible though none has been realized in India so far. Success, if any, is sporadic and not big enough to create an impact.

Möller’s success shows that with the right approach and right technology partner, unique publishing products and services can be created that will further the cause of publishing in the Internet era. This shows huge opportunities that can be leveraged by niche product companies by working with small publishers to get them global reach and impact.