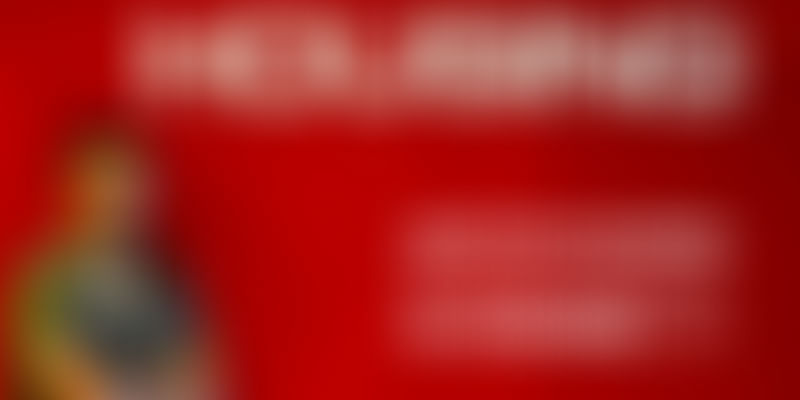 “Housing’s current traffic is 1 lakh unique visitors per day,” said Advitiya Sharma, one of the Co-founders of Housing.com, at the second regional TechSparks in Pune last weekend as the 120+ strong crowd listened to his story.

Advitiya Sharma gave a bird’s eye view of the entire journey of Housing from how they came up with the idea, how they went about innovating and improving the house hunting experience, and tips on how to deal with funding rounds.

It all started when a bunch of young boys from small towns of India made it to the IIT and went house hunting after they graduated. Advitiya and his co-founders faced a lot of trouble and they had the urge to do something about it. Plagued by lack of authentic information, they set out to bring transparency in the rather opaque and dirty real estate industry in India.

“Many companies would sell house listings in quantum of 500s to agents. They would then go on and create unverified/fake listings. For example, one could find listings for a 3 BHK in Bandra, Mumbai, for INR 10,000!” according to online players in this sector. There was a big discrepancy between the online and offline experience. The team behind Housing.com decided to get into the industry and revamp it to help customers, landlords and brokers get a better experience.

What did they do?

a) They realized that prospective house hunters want to know how the house looks from inside without having to actually go to the location. So they brought in process innovation to the industry through an in-house data collection team that would collect all the information in the form of photographs and other details to make sure only authentic information would be uploaded on their platform.

They would visit properties of partner agents, partner landlords and take high resolution images and more than 100 unique data points of every single house. This included even minute details like number of tables, and whether there was a balcony etc.

In the initial stages, the data collection was done by the founders themselves. With a DSLR in hand and confidence in their idea, Advitiya went around knocking on doors of landlords and asking them if he could take pictures of their properties. They would give him one stern look and assume that he was either insane or out of his mind. As expected they banged the door right in his face. The commitment was such that Advitiya would knock on their doors a second time and would try to explain the concept of housing.com and how it would be mutually beneficial to everybody in the long run.

b) The second innovation that they focused on was about what was in and around the house. The team was figuring out how they could provide this information easily and in the most logical and informative way.

Finally, Snehil Bakshi, one of the Co-founders, got the idea to have a map-based interface with designed icons that would expand. That was how the UI and UX behind housing.com was modelled.

Launching and Scaling Up

Finally on the 7th of June 2012, the team launched their platform and got a phenomenal response from people. The biggest bet that they took was the belief that people wanted to see more details of inside and outside the houses featured.They were in Mumbai for the first few months, and then expanded to 11 of the major markets in the country.

“When there is no need to re-invent the wheel, we do not try to do it. We feel for the people who are searching for a house and do our best to solve the problem; that makes us different.”

Housing’s business model is fairly simple and that is how it should be, is what Advitiya believes. The peer to peer service is free and anyone can search for houses for no charge. If a person wants to showcase their house, then they charge them.

Advitiya and the team do not believe in the MVP concept. They believe in building the best possible product for their customers.

“One thing which we did really well was get into the business at the right time. Real estate peaks in June, July, and August as people are shifting houses applying for new jobs etc. So launching on June 7th was a good decision.”

Housing had almost closed a deal after going through the due diligence process. However, two days before it could be finalised, the deal broke down. The worst part was within seven days, salaries needed to be paid to employees.

Instead of backing down, Advitiya and the other founders went into an overdrive and called up every single VC they could connect to. As it turns out, you just need one person or organisation to believe in your idea. Nexus Venture Partners backed them at this crucial juncture.

They are in 25 cities with more than 7 lakh listings on the platforms, starting with the first one which Advitiya got when he went knocking on the door. They have close to 1000 employees now.

“Honestly, we are not doing it for the money. We are committed to solving this problem. The day we launched, we just wanted to show it off to the world. We showed it to our Alma Mater, and got positive feedback.” They met Zishaan Hayath, entrepreneur and investor, who put in money along with his friends.

“It is about finding people who feel for the problem and the solution like you do. There are a lot of people who can fund, but we wanted to find people who are somewhat like us, somewhat mad.”

From an investor’s point of view, an entrepreneur has to show the opportunity to them first, that is what he or she cares about most. Housing highlighted the fact that real estate is a huge industry and how their product would be capable of tapping into this market.

On why some of the co-founders quit

Companies can burn to ashes because of miscommunication. But because the founders knew each other from their college days and were friends, they always knew how to communicate.

If one loves what he or she does, it won’t feel like work.

“All of us were doing things; we were entrepreneurs who wanted to solve a problem. They have been with the company for nearly two-and-a-half years. If they now feel they want to go and solve some other problems, I have no issues I am really happy for them.” They still keep in touch and discuss various issues, it was a very practical decision.

The team breaks down those questions into whether they are important and if they have to be done urgently. If it falls under the urgent and important category then they allocate the most resources.

Housing.com’s USP is authentic listing. They want to expand and include more and more data collectors. In last three months they have listed over 10,000 projects and got amazing adoption from the developer community. They are also in the process of streamlining their entire listing process. They want to give landlords an entire application which includes steps and instructions on how to take photos of their property, and training sessions for agents etc. The landlords can upload listing themselves following these guidelines and then Housing will verify the application for quality and authenticity. This will accelerate the entire process.

Housing is one of the fastest growing startups being built from India and the whole ecosytem has eyes on them.

TechSparks is coming to Delhi, Chennai and Mumbai too. You can book your tickets here