The startup that is creating world-class, elegant lighting designs from India 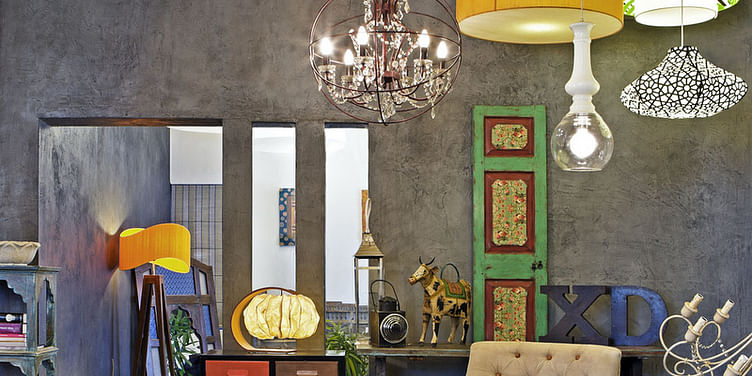 Ever seen beautiful soft lighting in the television ads which show happy couples enjoying a romantic dinner or a family watching television in the living room with mood lighting and wished you could have the same? Well, The Purple Turtles (TPT) will provide you just that and more. Here’s their story.

Raadeesh Shetty had worked in Mudra and JWT before his stint at Star TV / Star ONE where he was part of the sales team for South India. While the roles were very interesting and he got to learn many skills during these stints, the entrepreneurial desire was a constant. “Given that we Shetty’s have a long association hospitality and the restaurant business, that seemed like a natural choice to me”, said Raadeesh about his initial entrepreneurial urges. However, some research into the sector was an eye-opener. The real estate costs were high, the competition was fierce, but more importantly given his lack of specialized skillset in the sector, he felt he had to depend on others to make it a success.

Around the same time, he was helping a friend move houses and source interiors for her. The most important thing he noticed was that there were two ends of the spectrum – highly priced, elegant German and Italian designs on the one end and standardized, undifferentiated inexpensive Chinese products on the other. There was a void in the middle for affordable yet elegant designs in lighting. So the initial idea was to travel to different parts of India and the world, pick up interesting stuff from lesser known designers and make it available through a retail outlet. But some research showed that there was a huge number of NID graduates who were doing amazing work right here in India.

Helpers along the way

Raadeesh met many people from the industry – furniture manufacturers, designers, lighting specialists and architects. “Surprisingly, almost every one of them was helpful, providing time for brainstorming and simply helping out another entrepreneur”, said Raadeesh. In fact, not only did they help, but they also came on board or provided project leads. Raadeesh and team realized that the architects had the vision to come up with something interesting, but they did not want to go through the hassle of dealing with a designer every day to execute the vision. What if someone played that part and translated that vision perfectly?

Their first project came along in the same manner from an architectural firm for a mining office in Goa. It was for customizing 300 light fixtures and 20 foot light installations. That was the start that set things in motion.

There are two main lines of business – the projects and the stores. The projects part of the business typically deals with large corporates, including TCS, Google, Facebook and Microsoft across India. Restaurants, of course, provide a lot more room for creativity and are fun to do. Café Coffee Day outlets across India have lighting created by TPT.

The retail side of the business started off with the flagship store at Indiranagar, which has seen a steady and loyal clientele. The plan for retail is to grow by franchisee and shop-in-shop model within existing lighting retailers. The first one has come up in Sadashivanagar Bangalore and the second one in a store in Hyderabad.

There are 33 employees currently with the Design part headed by noted designer Jenny Pinto while the Store Director is Sylvia Mason, who also comes with experience in advertising.

TPT has also taken up a rare initiative for an Indian startup – that of prototyping and actually manufacturing some of the designs their facility in Bangalore. The studio, with its serene ambience is meant to be a melting pot of various design influences and to serve as an experimental co-working space for willing designers. The infrastructure for prototyping with carpentry, paper making using banana fiber and a well-trained workforce to come up with initial versions have all been created.

Raadeesh says that “Prototyping and manufacturing are necessities for us to maintain competitive advantage”, when asked about why the team felt the need to create this studio and fabrication infrastructure.

The stores and the projects have created a virtuous cycle, each acting as a lead generation mechanism for the other. One such walk-in customer to the store was Prashanth Prakash of Accel Partners, who started mentoring the team on an informal basis for months and eventually turned into an investor in his personal capacity. The team believes that they are in this business for the long haul and that things should be done with a long term view of things without taking short cuts.

The future for TPT looks to hold retail growth using the franchisee route while exports are also on the cards.

What do you think of this rare, creative, non-tech startup? Any other such startups come to your mind? Please share in the comments below!