Here is how Kirusa acquired Saya Mobile to expand in Africa 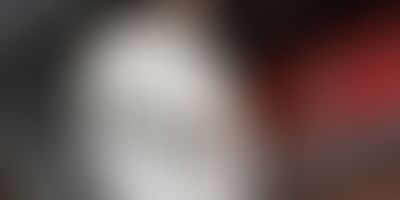 Yesterday we run part one of this interview.

Kirusa was founded by Inderpal Singh Mumick and is headquartered in New Jersey with offices in Delhi, Bangalore, and Lagos. The company develops Voice/SMS based Mobile Value Added Services (MVAS) for emerging markets. YourStory spoke to Inderpal Singh regarding the Saya acquisition . Here are his thoughts.

YS: What motivated Kirusa to focus on Africa to begin with?

Inderpal:  80% of the world, and 99% of Africa, has no way of knowing who called them when their phone is unreachable. While the US had voicemail, Africa had a minimal 1% adoption rate. We saw an opportunity to provide solutions to African consumers so that they know who called them, and decided to close the gap.

I figured that the business model and technology used for voicemail in USA would likely not work for consumers in emerging markets. Unlike in USA, people in emerging markets do not like to pay if they do not leave a message. There is widespread use of ‘missed calls’ to communicate. Kirusa wanted to ensure that callers pay only if they leave a message, and do not pay for missed calls. We soon realized that this model required new technology. It took two painstaking years for Kirusa to invent and perfect the technology, test it out, and start mass rollouts.

YS: How will the Saya Mobile acquisition impact InstaVoice?

Inderpal: Africa remains a top priority for our business. While the progress of the African mobile industry is commendable, the biggest impact of mobile in Africa is yet to come. We believe there are advantages to building products specifically for this region and have made the strategic decision to acquire Saya in line with that thinking.

Robert has great commitment to the region which will enhance Kirusa’s expertise and the reach of its mobile apps across the African continent. With this acquisition, Kirusa is looking to accelerate realization of its vision of bringing the next generation of messaging apps that deliver unparalleled value to mobile users, made possible by working together with mobile carriers around the globe.

YS: In how many African countries are you operating now, and which other geographies?

Inderpal: We are working in 15 African countries. Besides Africa, we are also working in several emerging markets of India, South East Asia, and Latin America.

YS: What kind of links do you see between India and Africa?

Inderpal: Unlike developed telecom markets in the West, telecom markets of India and Africa are still evolving. They are at the threshold of growth. Telecom habits of users in India and Africa are very similar. People in these emerging markets prefer cost effective modes of communication. Missed calls (or flash calls) are commonly used in both Africa and India, and voicemail had seen very low adoption prior to introduction of Kirusa’s InstaVoice solution. Although, with the rise in purchasing power, people are switching from feature phones to smartphones, the markets predominantly comprise of a prepaid environment where most consumers opt for low priced feature phones and are comfortable with texting and missed calls.

YS: How long did it take to finalize the deal between Kirusa and Saya Mobile?

Inderpal:  Saya was introduced to Kirusa by Meltwater more than a year ago. We have stayed in touch with Robert and his team since then, exchanging notes and meeting often. The discussions evolved into an M&A discussion early this year, and moved rapidly forward allowing us to complete the transaction in a short period.

YS: How big is the market you are going after? Is it growing?

Inderpal:  The voice messaging and social media markets in Africa are still in their infancy. About 10-15% of African’s currently have a smartphone.

Kirusa currently has 80 million monthly users for its InstaVoice and celebrity services, and with their universal appeal, we expect this number to grow to 500M over the next three-four years. The markets of Nigeria, Ghana, Ivory Coast, Mozambique, Tanzania, Kenya, Rwanda, Morocco, and Egypt hold a great potential.

Indigenous companies, foreign investors, and global players have all made significant investment in the Continent or certain parts of it.

YS: How do you plan to delight your users? What should they expect?

Inderpal:  We are bringing the world’s best experience for voice messaging and missed calls to our users, making voicemails and missed calls as cool as chatting. We are also enabling our users to connect with, meet with, and hear the voices of their favorite stars, something they could only dream of earlier.

YS: How profitable is Kirusa? Tell us a bit about your business models?

Inderpal:  Kirusa is growing rapidly, and expanding its footprint and base in Africa and in other markets. Kirusa is privately held, and we are not at liberty to disclose the numbers.

Kirusa has a unique business model. Rather than a traditional vendor-customer relationship, the carriers are brought in as partners – as a distribution and monetization channel, through revenue share arrangements. Revenue share model for voice messaging was an industry first, pioneered by Kirusa.

YS: Over the past few years you’ve been there, how do you see the messaging world shape up in Africa?

Inderpal: Africa as a Continent has come a long way in the mobile age. With its industry shaping innovations in mobile applications, it has utilized technology to help combat some of its most pressing social issues and has helped redefine what phones are conventionally used for. It has granted Africans access to simple services otherwise removed from the common man, given them a voice to have themselves heard and has helped connect millions of lives. When it comes to chatting, playing and sharing, more people are doing it with a phone in their hand, so it's no wonder that mobile apps and messaging will play an increasing role in connecting people.