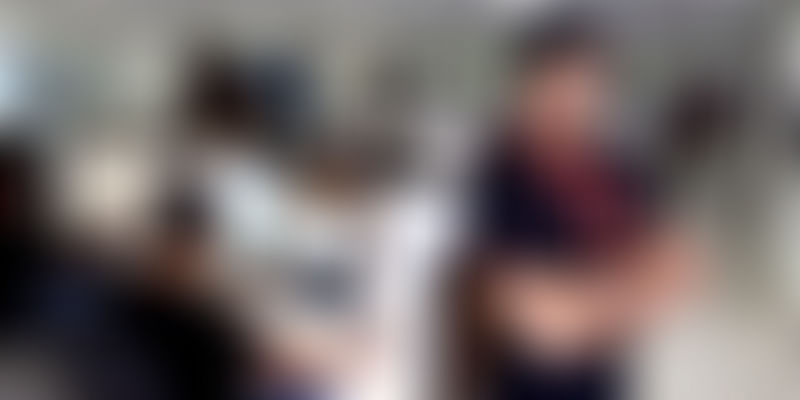 What started out as a Google group of 40 job seekers is now a jobs portal with nearly 28 million members. Wisdom jobs, started by Ajay Kolla, not only connects job seekers to employers, but also makes them take an online test called the Pragnya meter, to test their skills.

The Pragnya meter score is saved to the company’s database along with the candidate’s details, making it easier for employers to search for specific skills and qualifications. In a country where the number of unemployed people in India is expected to rise to 211 million by 2020, such a platform can play matchmaker.

Wisdom jobs was founded almost by accident, when Ajay started a small Google group named TSNV jobs to spread the information about jobs which are available in his network. There were around 40 members in the group, but as word spread, the posts in the group were forwarded to others and there were some hires as a result. Soon this small project became a proof that there is indeed demand for a platform connecting job seekers and employers. This led him to start Wisdom Jobs in Month/year?.

Wisdom Jobs has three sources of revenue as of now:

Resume Database Access: They have a database of around 28 million profiles with multiple skillsets, according to Ajay. Employers can subscribe to the database for a limited period of time to gain access to the profiles. There is a different subscription fee for different membership models.

Pragnya Meter Exam: The online assessment tool is another source of revenue for Wisdom jobs.

Talking about their USP, Ajay Says -

"The Pragnya meter tool is the USP of our brand and we have marketed our brand as a unique fourth generation job portal. This has helped us to occupy a unique place in the market. Advertising and marketing plays a key role in the growth of Wisdom Jobs and in differentiating ourselves from other players. 60% of our entire budget is spent on marketing and advertising every year. "