Blowhorn, the Uber for logistics in India raises seed investment 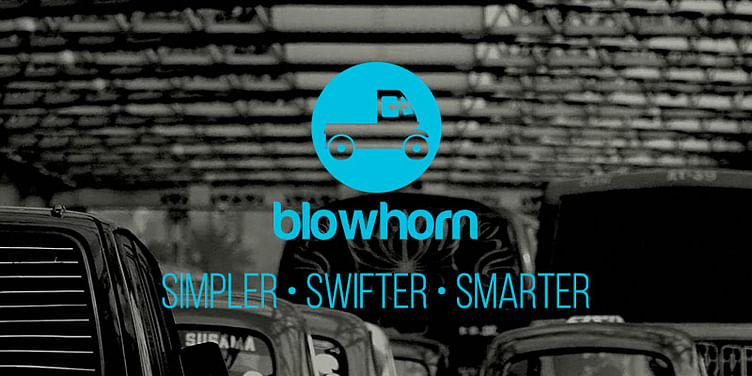 Blowhorn is a Bangalore-based online marketplace for last mile logistics. Blowhorn offers a tech platform connecting customers who want to move goods quickly and effortlessly to owners of mini-trucks. Unitus Seed Fund, a venture seed fund supporting startups innovating for the masses, announced that it has led the seed round investment in Blowhorn. This investment marks Unitus’ second in the mobile-on-demand sector, following mGaadi, which currently has have over 9,000 drivers available in Bangalore via their mobile apps. (Uber for X in India)

Blowhorn is organizing a massive disorganized market: mini-truck drivers. Their technology is easily used by both consumers and by truck owner/drivers, making it simpler for consumers to move goods or household possessions around a city. “I am thrilled to see Blowhorn disrupting the inefficient and unorganised logistics market in India. I believe they have a solid team and a good plan to execute,”

said Tim Draper, founder and managing partner of Draper Associates who has also invested in Blowhorn’s seed round.

There is a mismatch in the market where Blowhorn wants to come in. Mini-truck drivers suffer from inefficient utilization, sometimes not getting a booking for a load to carry for a day or more. At the same time, consumers have ever-increasing needs to move things around the crowded streets of India’s major metros. The market for mini-truck transportation in India is estimated to be between thirty and sixty thousand crore rupees ($4.8-9.6 billion USD) annually. “We see enormous upside in improving logistics for consumers and at the same time increasing the take-home profits of low-income mini-truck drivers,” said Srikrishna Ramamoorthy, Partner at Unitus Seed Fund.

Based out of Bangalore, Blowhorn is spearheaded by Mithun Srivatsa and Nikhil Shivaprasad. Mithun is a mechanical engineer, an MBA from Cambridge and a trained 'hero' from Draper University of Heroes. He has broad experience in logistics, supply-chain and technology companies. They started out this year itself and the aim is to build Blowhorn as a logistics marketplace focused on the last mile.

Logistics as a sector is seeing a fresh new wave of innovation in India with a bunch of startups doing some interesting things- Loginext is into analytics, urDelivery charges nothing if they fail to deliver, Grofers is another hyperlogistics company being built from Gurgaon, etc. This investment in Blowhorn is a sign of confidence in the market and will help them grow quickly, beginning from Bangalore.