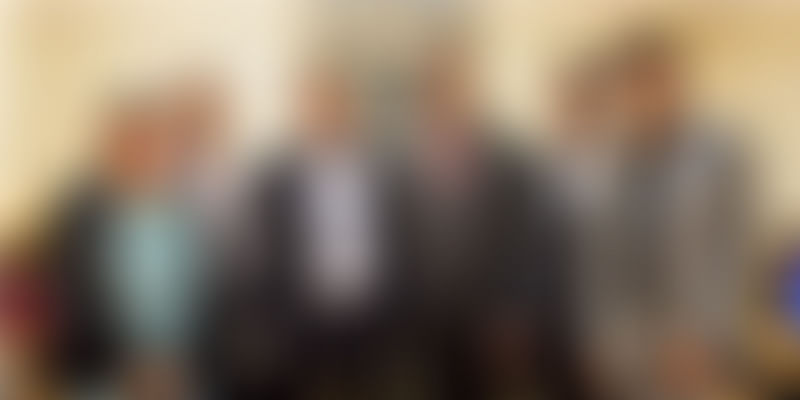 If you have been following the global crisis that began seven years ago, you would have definitely come across the term ‘mortgage backed securities.’ These were the bonds that tumbled when the real estate market in the U.S. crashed, bringing down some century-old banks with it. Now that the markets have more or less recovered, commercial mortgage-backed securities (CMBS) are again finding favour among investors. The U.S. market alone has an estimated $3.1 trillion outstanding and these numbers are only going to increase.

CMBS is one of the most popular avenues for investors to gain exposure to older commercial real estate debt and for banks to free up money that is tied up in these loans. So, hundreds of real estate loans are bundled together and traded as a single instrument. This kind of complicated investment requires intensive analytics as well as due diligence of the loans that are being bundled together.

Making headway into this strategic market is an Indian startup providing analytics, advisory and due- diligence services in the mortgage securities market in North America. Integrand Analytics provides financial modelling expertise to the MBS industry. It was founded a year ago by Parag Goswami and Abhijit Manna. Both Parag and Abhijit come with loads of financial expertise and experience. Parag, an engineer with an MS in Finance from Amsterdam Business School, worked as an M&A Advisor in Europe and also as a real estate Advisor. Abhijit is an engineer from IIT Kharagpur and has worked with Nomura as a research analyst and also at Deutsche Bank.

In 2008, Parag set up an online real estate marketing platform and listing website called Housethat.in, based in Gurgaon. But, the global financial crisis in 2008 which hurt all real estate related businesses in India, forced him to shut it down and head for an MBA instead. Parag and Abhijit met at a financial advisory firm where they both worked. They realized that there was a good opportunity to provide the kind of service that they were qualified to do. That was the genesis of Integrand Analytics.

The startup has spent almost a year to research and build its own proprietary and innovative products targeted towards hedge funds and investment firms in the US. Integrand currently boasts of a team of 8 experienced professionals. Integrand also hires consultants hired on project basis. The founders also got complete support from family and friends and were able to raise funds from them as well. Though the founders are optimistic about Integrand being among the most in-depth CMBS advisory service providers, the company faces certain challenges such as capital and human resources.

According to Parag, Integrand sometimes finds it difficult getting qualified professionals as it is in a highly specialized and niche sector. The other problem with specialized and niche markets is that it’s harder to price their services. The company is also focused on scaling up its due-diligence outsourcing business and building long lasting relationships with its existing and potential clients.

Parag says, “In future we would like to make in-roads to domestic Indian commercial real estate markets as well. We are also working on ideas targeting commercial real estate investment market in India which is maturing over few years.” Interestingly, only few months ago DLF planned to raise India’s first CMBS of Rs. 900 crore. Is CMBS a prospective growth market in India? Can Integrand capitalize in the Indian CMBS sector?