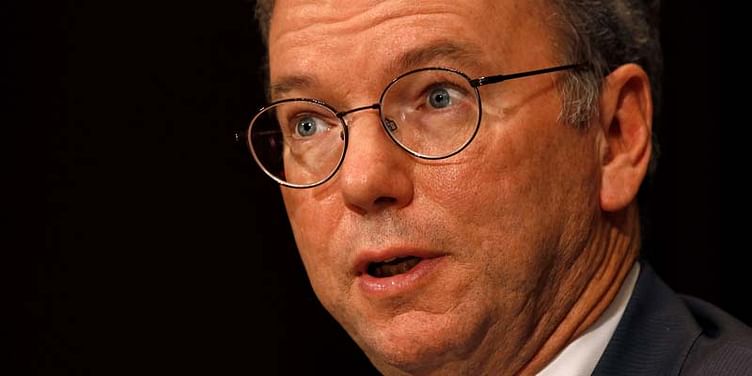 You don’t use Google because your friends do. Put another way: Google isn’t useful because it’s popular; we’re popular because we’re useful.

There’s hardly any other company which can surpass the standards set by Google in terms of its love and commitment towards innovation, creativity and entrepreneurship. Eric Scmidt, the Executive Chairman of Google, shared some incredible anecdotes specifying what invention means to Google and how it has kept itself on the top since its inception.

Here are five most valuable lessons on inventions to learn from Google:

1.      The process of invention is never-ending

The best inventions are never finished. Great inventors don’t just stand there, rub their hands together, and say, “My work is done here.” They’re not Damien Hirst, freezing their creativity in formaldehyde. They keep working furiously to create something even better. It’s part love, part necessity. Because if they don’t reinvent their ideas time and again, someone else will -- rendering their life’s work irrelevant, or worse still, extinct!

2.      Just as invention is dynamic, so are the industries it creates

When Karl Benz invented the petrol car, he didn’t just create an engine with three wheels, he created an entire industry. It was the same with Tim Berners-Lee. He didn’t just build the world’s first website, he paved the way for the World Wide Web.

While we’re undoubtedly an important part of the Internet and the key player in search, information discovery comes in all shapes and sizes because there are many windows onto the web.

If you want the news, you’ll likely go straight to your favorite news service. Bild, the most widely read newspaper in Europe, gets around 70% of its traffic directly, because people bookmark the site or type www.bild.de straight into their browser. A little over 10% of their traffic comes from search and just under 10% comes from social sites like Facebook and Twitter. As ‘The Economist’ recently said: “Social networks … have become an important navigation system for people looking for content across the Web”.

If you are looking to buy something, perhaps a tent for camping, you might go to Google or Bing or Yahoo or Qwant, the new French search engine. But more likely you’ll go directly to Zalando or Amazon, where you can research models and prices, get reviews, and pay for your purchase all at once. Research by the Forrester group found that last year almost a third of the people looking to buy something started on Amazon -- that’s more than twice the number who went straight to Google.

If you are looking for travel information like flights, somewhere to stay, a car rental, or insurance -- there’s a lot of choice. There’s Google, for sure. But you might go to Kayak and Opodo for flights, Booking.com or Airbnb for hotels or apartments to rent, Hertz or Priceline for your rental car, and Money Supermarket for your insurance. In fact, according to the ‘Washington Post’, Expedia, Orbitz, Priceline and Travelocity account for 95 per cent of the US online travel market.

An invention is messy and unpredictable. No one’s ever really ready for a technological revolution. Plato believed writing would make it harder for his students' to remember things. Artists feared that photography would spell the end of painting. Radio and then television portended the end of conversation. Eric quoted Mark Twain's hatred of the telephone which he had written in a holiday letter: "It is my heart-warmed and world-embracing Christmas hope that all of us …may eventually be gathered together in a heaven of everlasting rest and peace and bliss, except the inventor of the telephone."

Google started out as a dream, literally. Eric said,

One of our founders, Larry Page, woke up in the middle of the night thinking … what if he could download all of the links on Internet? Would that be useful, he wondered. Grabbing a pen, he scribbled down the details in the hope it might be possible. At the time he hadn’t thought about creating a search engine. That came later.

Invention is the ability to make the seemingly impossible, possible. As Albert Einstein once said: “If at first the idea is not absurd ... then there is no hope for it.” Look at Thomas Edison. The Wright brothers. Karl Benz. Their ideas seemed crazy at the time, absurd. But they lit the night, lifted us into the clouds, and literally put us on the road to the future.

A century later, Google made it possible for people to find out about almost anything by typing just a few words into a computer.

Imagine if no one had improved on the Wright Flyer. I would have flown here, across the Atlantic, hanging on for dear life to the back of a canvas wing! And if Benz had not tried to improve on his three-wheel car, then his company would have been relegated to history by the competition. What happens is, others see an opportunity created, and then dive in. People keep thinking and creating, and an original invention gets better.

While technically complicated, the first iteration of Google was actually pretty rough. You got a page of text, broken up by 10 blue links. Of course, the results were better than anything else out there. But by today’s standards they weren’t great. There were no images, no videos, no news, no maps, nothing fancy.

So Larry and Sergey, like every other successful inventor, kept iterating. It started with images. After all, people wanted more than just text. This first became apparent after the 2000 Grammy Awards. Jennifer Lopez wore a green dress that, let’s just say, caught the world’s attention. The dress itself has its own Wikipedia page: Green Versace Dress of Jennifer Lopez. And it was the most popular search query Google had ever seen, but they had no surefire way of getting users exactly what they wanted, J-Lo wearing that dress. The search results returned links to websites that may or may not have had the right picture. Or might have described it in the site’s text. From that problem, Google Image Search was born.

This is the process of innovation

But more important, someone, somewhere in a garage is gunning for us. I know, because not long ago we were in that garage. Change comes from where you least expect it. The telegraph disrupted the postal service. Radio and television shook up the news industry. Airplanes ended the age of ocean liners. The next Google won’t do what Google does, just as Google didn’t do what AOL did. Inventions are always dynamic and the resulting upheavals should make us confident that the future won’t be static. This is the process of innovation.