How Alicia Souza penciled in a career as an illustrator entrepreneur! 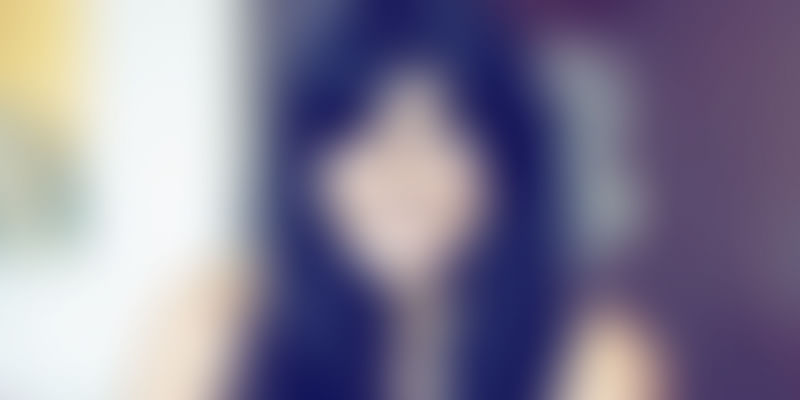 If you ask young illustrator Alicia Souza where her inspiration to create comes from, she will say, “There isn’t just one source, the entire world is my source of inspiration.”

Alicia is making her presence felt on social media with her quirky and humorous illustrations. This young and bubbly entrepreneur who was initially shy to share her work online now has a fan following of 47,000 plus followers just on Facebook. Alicia freelances and her products are available on Amazon.

‘Genuinely blessed’ to have so many followers on Facebook, this successful illustrator entrepreneur hasn’t undergone any formal training in art. I guess what I give it is passion, diligence and the will to carry on regardless of whether I fail or succeed. I do draw every day so I guess that’s my training in a way.

Alicia can usually be found with blank canvas and a pencil in hand. Ask her what she’s doing and you’ll probably get to hear: “Drawing inspiration.” She admits she’s a little wonky and obsessive, depending upon where her attention has shifted. It could be elevator and country music or it could be cooking.

Though now she is usually found with a pencil in hand, while growing up Alicia never really wanted to do anything in the field of art. “When the time came to leave the nest and pick a field, my art teacher told me that I would be wasting my life if I didn’t pick art because she saw how intrigued I was with the subject even if I didn’t want to get involved then.”

Alicia went on to study communication design but ultimately she just wanted to draw and that is what she is doing now. With coffee and chocolate as her greatest sources of strength she goes about putting her thoughts on paper. “I feel when I draw cartoons, it’s like relaying a snippet or writing a diary entry albeit in visual form,” she says.

Born and brought up in Abu Dhabi, the youngest of three siblings, Alicia calls herself the lucky mistake. As a curious three-year-old, she once pulled off the coif of the nun who taught her in kindergarten, hoping to see the brain underneath. “I was terribly disappointed not to find what I was looking for,”she laughs. Alicia was always designing things such as a skateboard trolley, an Alicia dictionary (combining words to make a better sounding word), a puzzle book that she sold to her brother and later stole back from him, and a turtle helmet from a peanut shell.One of the stories that shaped Alicia’s life is her dad’s. “Dad always told us that we should do something that we love, which, I believe, was because he disliked his job, and that really influenced me in picking what I wanted to do.”

After school, Alicia moved to Melbourne to study Communication Design and stayed on for five years. She then moved to Bangalore about four years back to design at Chumbak. After spending a year with them, she began freelancing.

Starting off on her own was one of the biggest challenges Alicia has faced till date. “That was probably one of the hardest times in my life but it taught me a whole lot and I cannot be more grateful that it happened, no matter how much of a struggle it was,” she says. When she started as a freelancer, she was nearly broke. A few months down the line that changed and after about a year Alicia started making her own range of products. “I started off very small with things I could afford and that were easy to manufacture.” Now she has no dearth of investors but she prefers to go solo. She says it just doesn’t make sense when you want to keep everything in check and in small numbers.

Despite her attempts to keep it small and simple, Alicia has loads on her plate. At times she is a one-woman army running everything from design to logistics to marketing. “It’s terrible and fantastic. But for the past month, I’ve had a little help with someone taking care of my logistics though I’m in the midst of sorting out the whole thing and trying to take on only as much as I can handle.”

Her marketing in her words is, “pretty much just blabbering on social media.”Since it’s a part of her routine, at this point, it’s rather effortless.” In the beginning she had to schedule time to think about what she wanted to write and post but now it has become an effortless part and parcel of her day. Given her following on social media, we doubt if anyone is complaining!

Some of the major milestones of her life she shares are being able to talk to an audience without fainting, taking all the fantastic good with the awful bad without greying, being a mummy to her two lovely dogs, and being the happiest that she can be.

Given her popularity scaling the creativity benchmarks is a challenge but is it because of an internal yardsticks or a response to market demands in Alicia’s case is a question we ask. She says she is new in this game and keeps raising her own bar to scale in all walks of life but she says, “The market definitely lends a hand and pulls you in one way or another. It keeps plans a bit uncertain but is really interesting and challenging.”