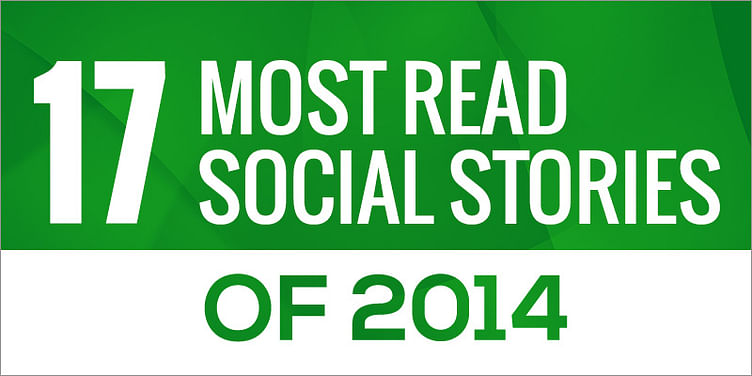 SocialStory is YourStory’s initiative to put forth the best of the impact sector in India. Over the last couple of years, our focus has been to cover the social stories from across India and give them the visibility they deserve. Rockefeller Foundation, Dasra and Omidyar network have shown support by giving a grant to SocialStory and it has pushed us to do our best. Here, in this article, we have come up with a list of the most read articles on Social Story in 2014:

1) Kshitij Marwah from IIT-Delhi made it to HMS and then to the MIT Media Lab where he met people from varied backgrounds, all of whom wanted to create something new. He returned to India as Head, MIT Media Lab India Initiative, and launched the first design workshop. The goal was not to open a MIT Media Lab in India, but have a more bottom-up approach. The response he received was overwhelming. Read the complete story here.

3) The man behind the success story of Microsoft Corporation, Bill Gates, posted a video before the start of AMA (Ask Me Anything) to dispel myths like whether he will pick up a $100 bill if he saw one lying around? Bill answered, he would. Read the 20 interesting questions and answers from AMA.

4) After the acquisition of redBus.in, Raju Reddy and Phanindra Sama aspired to bring multiple organizations together and develop the small district of Nizamabad. Read here how they changed their aspiration into reality.

5) Enough was enough’ for Ria Vaidya and Shreena Thakore, the two undergrads from Brown University, who launched their campaign, ‘No Country for Women’, in an attempt to alter mindsets. The campaign aims to educate young adults about rape culture by conducting workshops at schools and generating a dialogue. The workshops explore issues such as the correlation between the media and gender-based violence. Read the complete story here.

6) Vicky Roy, the guy who ran away from home at the age of 11 with Rs 900 in his pocket, became a celebrity photographer from being a ragpicker. “I don’t encourage anybody to run away. Not every child who runs away gets the same opportunity that I got. I credit my mentors for this. I want to be counted as a good photographer, and build a nice house for my family in Purulia where I have bought a plot,” adds Roy. Read his complete story here.

7) While riding his bike to office, a chunk of garbage fell on Manoj Pathak from a garbage truck. This is when Manoj along with his brother, Manish, decided to end the practice of garbage being converted into landfills. “Our aim was to create ‘zero waste society’ deploying decentralized solutions,” says Manish. Thus was born NoKooda, which means ‘nothing is garbage’. Read more about the two brothers here.

8) Essmart, a startup from Tamil Nadu founded by two Ivy League graduates, focuses on getting the world’s essential technologies in every local shop. Diana and Jackie, Founders of Essmart, recognised that the ‘kirana’ shops in rural regions – trusted by the community — were the most favourable markets to begin their distribution. Read their complete story here.

9) Passionate about microfinance and solving poverty issues, 26-year-old Svetha Janumpalli founded New Incentives to change lives of the world’s poorest mothers and newborns with guaranteed impact. Svetha’s proactive approach and her desire to help people is what brought her success. Read more about this social entrepreneur here.

10) Shadab Hassan gave up lucrative job offers in the corporate world to start a school in Brambe, a small village 20 kms from Ranchi, the capital of Jharkhand. Inspired by his father’s struggle for education, Shadab founded H.H. High School to help underprivileged and disadvantaged kids escape the struggle. Read the complete story here.

11) The guilt of using local slum kids for a short film (VOICE) for Microsoft Imagine cup in the education category, made Harsh Vardhan Singh do something for underprivileged kids. Soon he started teaching children around his college (NIT Durgapur). These children were mainly immigrants from Bihar, and the area was known as ‘Bihari More’ and thus Bihari More Education Project (BMEP) was born. Harsh’s aim is to get these children to graduate and make sure they stand on their feet. “Imagine, if everyone does this around their college, a lot of problems will be solved,” adds Harsh. Read more about him here.

12) One of the most unique MFI in India which survived the 2010 Andhra Pradesh crisis is Ujjivan Financial Services Pvt Ltd., which serves exclusively to the urban and semi-urban poor. Started in 2005 by Samit Ghosh, Ujjivan operates in 22 states, including 48 unbanked districts of India. It has disbursed over INR 6,150 crores of loans with an exceptional repayment rate of 99.87%. Read the complete story here.

13) “I could not find a quick and safe disposal mechanism for my e-waste. And when I looked at the problem in the larger context, everyone was struggling to dispose off household e-waste,” says Achitra Borgohain, Founder of BinBag. BinBag provides a solution to manage your e-waste in the best possible way. Read the complete story here.

14) In ‘Ramayana’, Ram renounced the throne for his brother, and Laxman dedicated his life to Ram, Bharath Sharma (currently an employee at Hewlett Packard) has done almost as much for his friend Ashwin Karthik. Ashwin is the first successful engineer from India with cerebral palsy. Bharath had a big role to play in shaping Ashwin’s career while putting his own on the backburner. Read the complete story on their ‘unbreakable dosti.’

15) At the age of 10, Arushi Gupta realized that her own old spectacles could be used by someone else, so donating them to needy people would go a long way. In 2009, Aarushi started ‘Spectacular Drive’, an initiative to help people with impaired vision. She collects used spectacles from people — which otherwise end up in dustbins — around her and gives them to NGOs like Help Age India, Jan Sewa Foundation and Goonj. Read more about Arushi here.

16) Saurabh Sagar Jaiswal and his father Arvind Sagar Jaiswal founded Nav Durga Metal Industries to address problems caused due to inefficient cookstoves. The idea came from Saurabh’s father-in-law Mahendra Pratap Jaiswal, who was inspired to build a clean cookstove, after he saw a poor farmer using rice husk as a fuel source in a traditional stove in Nepal. Read the complete story here.

17) Smriti Nagpal’s two older siblings were hearing impaired. But this did not stop the three of them from communicating their feelings for each other like in any other family. Smriti took it upon herself to learn the sign language to be the voice of her siblings. Smriti, the CEO and Founder of Atulyakalais, empowers deaf artists through design partnership and creative collaborations. Read Smriti’s complete story here.

How this Mumbai-based proptech startup is guaranteeing customers home sales