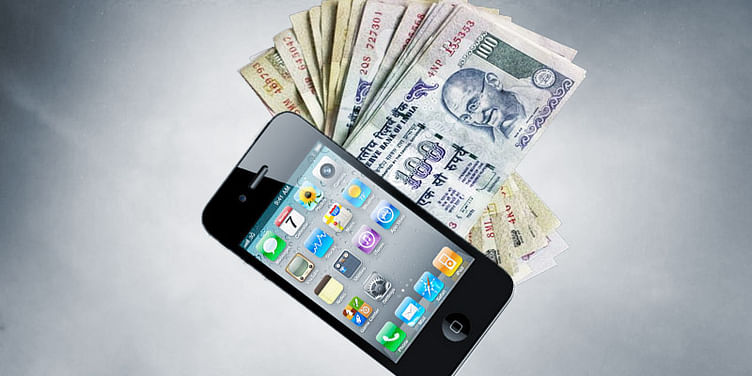 In India, 72 of every 100 inhabitants have a mobile phone while only 35% have a bank account, according to the World Bank. The Government of India is aspiring to achieve financial inclusion as fast as it can, reaching 50% of Indians who don’t have a bank account. In the backdrop of this, last week RBI issued final guidelines for what is called Payment Banks.

According to the RBI directive, telecom operators, supermarkets chains, electronic wallets and prepaid instruments players can open these Payment Banks to accept deposit, basic savings and provide remittance service for millions who presently are excluded from the digital financial system.

These Payment Banks can issue ATM-cum-debit cards to access funds, restricted to holding a maximum balance of Rs.1,00,000 per individual customer. The Payment Banks platform can also be leveraged to distribute simple financial products like mutual funds and insurances, while such entities are prohibited from providing loans.

Last year, Reserve Bank of India Governor Raghuram Rajan said, “The key to cheap and universal payments and remittances will be if we can find a safe way to allow funds to be freely transferred between bank accounts and mobile wallets, as well as cashed out of mobile wallets through a much larger and ubiquitous network of business correspondents.”

The transactions volume via m-wallet has had more than 3x growth in the last two years, which cloaked over Rs 2,700 crore, according to CRISIL. And Payment Banks appears to be in the best interest of wallet operators in India to enable the mobile economy by allowing anyone with a mobile phone to pay, buy, bank, and remit money. The contender startups in the space are Paytm, MobiKwik, and Oxygen etc. Already telecoms offer wallet services like Vodafone’s M-Pesa, and Airtel Money etc.

Upasana Taku, Co-founder of MobiKwik, told YourStory, “It’s an opportunity for mobile wallet operators to become more than wallets and provide services akin to banking. Given the focus on internet and mobile, this could herald the creation of ‘mobile-first’ banks with much less cost of operations than traditional banks. This could make banking accessible to a large number of people. Mobile Wallets like MobiKwik already have the trust of millions of users, and this could take a leap to next level.”

She added, “I am not really sure how it would impact digital commerce in short to medium term. The key idea around Payment Banks is to make deposits and banking accessible to a large number of under-banked consumers with the help of technology. However, we should expect some time lag before these users can participate in mobile or digital commerce beyond recharges/bill payments.”

Vijay Shankar Sharma of One97 who runs Paytm whose wallet powers Uber has indicated to YourStory via email conversation, “We at Paytm look at Mobile wallets as starting point for financial inclusion. Payment bank truly makes this possibility happen. We hope to pay a key role in this.”

Pramod Saxena, Founder of Oxigen, m-wallet service provider, said, “There are a lot of positives for the sector, and overall, the final policy is in line with considering m-wallet as serious business, developed over a period of time.”

We believe strategic partnerships might be the way forward. For fintech startups and wallet providers, instead of striking it alone, inking a joint venture deal with the lending partner could give them an advantage at easing out some of the operational hassles that a Payment Bank might have initially. On a similar line, Naveen Surya, MD of Itzcash, prepaid card operator, was quoted by ‘Business Standard’ as saying, “For the businesses keen on applying, it makes sense to partner with a bank, as it will help the player in Casa (current and savings accounts) addition if you partner with a lender. There are certain other areas such as foreign exchange remittance and treasury where banks can lend expertise.”

Vodafone and Safaricom have been insanely successful with their mobile wallets in East Africa. According to Kenyan Central Bank data, In the first six months of 2014 alone, Kenyans used Mobile Money to transact a volume of 1 trillion Kenyan Shillings ($12 billion).  M-PESA has earned a profit of $302.51 million in net revenue in the last fiscal year. It is obvious that the telecos clamor to enter the lucrative industry, but the RBI is holding them by the leash as they can’t use their existing distribution networks. Setting up a separate entity might decrease the telecos enthusiasm.

This puts telecoms in India in a tough spot. "The business is, however, unlikely to add significantly to the top-line of telecom operators. Even five years after launch, we expect the contribution of Payments Banks to their overall revenues to remain at less than 1%," Crisil told ‘Economic Times’.

The quest for cash

In India, debit and ATM cards are used primarily to withdraw money. RBI data indicates the use of debit card at merchant outlets is less than five per cent in terms of value transacted. Even to pay utility bills, the majority still withdraws cash than paying through net banking. People still want to hold and pay cash.

In Kenya, where mobile-based digital payment has become the de facto mode of payment, the user exchanges his/her cash for electronic value at retail stores run by agent, just like they do for recharging for phone’s airtime. M-Pesa has over 60,000 agents in its network where its users can deposit and withdraw cash easily. In India, on the other hand, mobile money providers could not offer cash-out transactions. Even at the new RBI’s Payment Banks directive it’s not clear if a user can withdraw cash anywhere or if it is limited to only the platforms which gave them their cards.

One more thing that is not clear is how the Payment Banks will be integrated or work alongside the Jan Dhan Yojana, a financial inclusion scheme that the Government launched in mid 2014.