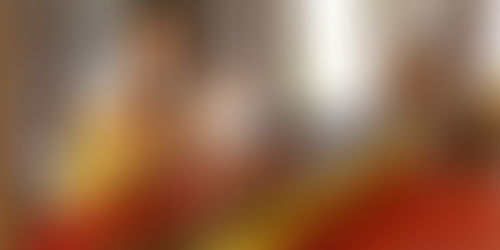 TheAntS is a fair-trade organisation that sells retail and wholesale products manufactured by women in the North East. Sipping a fresh juice on the terrace in TheAntS cafè in Bangalore, I listen to Pradeep Krishnappa telling me why a business-oriented vision is the best way to keep TheAntS fair-trade sustainable.

Fourteen years ago Sunil Kaul, his wife Jennifer Liang, and (late) Ravindranath Upadhyay started TheAnt (Action Northeast Trust), an organisation focussed on healthcare and education in Assam. Its impact was great, but the team soon realised that they had to do something to redress the stereotypes the northeastern region (NER) is notorious for. The political and economic isolation the region is suffering is mainly due to these misconceptions and the poorest social strata suffer the most.

With limited private investments, Pradeep and Smitha Murthy started TheAntS (with a final S for ‘store’) in 2002 to show India and the world the hidden beauty of the Seven Sisters’ culture. Handicraft is the most popular sector in NER after agriculture but most artisans find market only within their states. With the motto ‘Weaving Peace’, TheAntS wanted to create a quality international market for North Eastern artisans based on transparency and close connection between producer and consumer.

The business involves only three partners: artisans, TheAntS, and the end customer. The organisation purchases items from the artisans at a price that is usually half of what the final buyer pays. This covers what they spend on transport, rent and staff payments at the retail shop in Bangalore. With this system workers who contribute to the manufacturing 80 per cent are always ensured at least minimal wage. This is considered a huge achievement compared to the zero income situation reported before TheAntS started working with the artisans.

As Pradeep explains, the business vision behind the organisation goes beyond connecting artisans and customers: “We didn’t just want to find a market for their products. We wanted to establish a well managed process beginning from the design process and going all the way to the final delivery to costumers.” This, he feels, creates a proper ‘brand’ based on quality that ensures artisans more stability even when the market fluctuates.

“We had to turn to a business-oriented model because we needed to be independent of other organisations. Going to big names like IKEA, Walmart etc. doesn’t work. We can’t rely on orders; we need to have a more stable market,” he says.

TheAntS soon became a society. A board of weaver women was establish to decide the type of products that would be manufactured, while a committee from TheAntS would take care all the procedures would run smoothly. Staying in line with the society-oriented model, in 2005 TheAntS decided to implement a new order and become a proper entity. “There were 500 women working with us, and this was not sustainable” says Pradeep, “They were not receiving constant work because they were too many, and the lack of hierarchy resulted in no control over individual performances” he adds.

The number of permanent members has now been reduced to 100. The others became temporary members, which meant that they did not receive regular orders from TheAntS. Full-time engagements are decided based on the extent to which the artisan is in need, i.e. her economic situation, her family status etc.

“We’ve also started working with homeless girls,” says Pradeep, referring to women who, due to their relatives’ inability to pay off their debt, started working for the creditors in lieu of money. “We make them an offer that they work with us for a sufficient period of time to generate the income required to liquidate their debts and to invest in new manufacturing machines.” Once these girls start on their own, TheAntS follows their achievements, making sure that their investments and commitment turn into a sustainable business.

In order to keep a constant flow of demand, TheAntS opened a retail shop in Bangalore in 2007. “We chose Bangalore because the IT boom promised more affluent customers with the right educational background to understand the craft from the NorthEast” explains Pradeep. Despite the positive perspectives, recession hit Bangalore right when they opened the store and the team found an alternative channel to generate income in the café”. “Fortunately or unfortunately, the store and the café developed into parallel independent businesses and made us fully profitable” says Pradeep.

TheAntS is now in a stage of growth and has recently started selling wholesale products. Though initially the domestic market was their main target, now 80 per cent of wholesale is exports because Indian companies were cancelling orders and delaying payments too frequently. They want to focus on improving the quality of products in order to implement a permanent export trade. “We receive many orders from Europe and the US, but we need to make sure they appreciate products for their quality and not just for being manufactured in the NorthEast.”

The next very big step TheAntS wants to take is to become a privatised company. “We’ve been a charitable trust since 2009 but this hasn’t given us any benefit. Everything we do is based on loan; we are supported by government scheme, some banks gave a better interest rate but somehow they add costs like risk management- even if we pay everything on time.” Moreover, organisations like the UN, EU or others are less likely to invest in charitable companies in India due to the economic growth. “They would tell us to ask Tata or Birla for money!” The team has launched a crowdfunding campaign to raise USD 30’000 in order to place more orders for artisans, expand the market and take a further step toward privatising TheAntS.

The word ‘profit’, which once had a negative connotation in charitable organisations, now becomes mandatory to keep them sustainable and viable. Still, it’s fundamental to distinguish it from the conventional meaning that associates it with income growth as ultimate aim. In a company like TheAntS, artisans’ working and living standards should always be the goal that drives the boat ahead. For this reason, its success will not be measured according to the positive outcome of the crowdfunding campaign or the amount of sales it will make. Increasing artisans’ economic independence and gradually reducing the role of TheAnts as intermediary will be the real milestone.

Check TheAntS website and visit them in the Bangalore store..or in the North East!