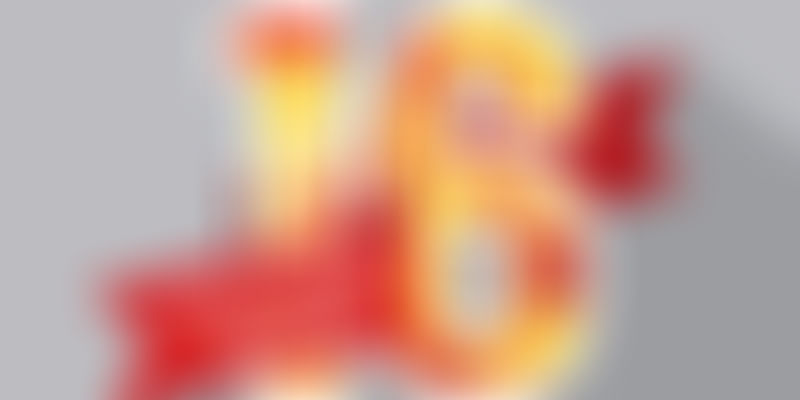 2014 can be labeled as a year that virtual reality became the talk of the town. Facebook acquired Oculus VR, the maker of virtual reality headsets for $2 billion. Sony is working on Project Morpheus, a VR headset for the PS4. Google has a DYI Cardboard for smartphones. Two days ago, we saw Microsoft’s big bet on HoloLense.

When VR achieves ‘presence’, we start to believe what we experience. Chris Dixon, Partner at a16z says, “In the VR community, ‘presence’ is a term of art. It’s the idea that once VR reaches a certain quality level, your brain is actually tricked — at the lowest, most primal level — into believing that what you see in front of you is reality. With ‘presence’, your brain goes from feeling like you have a headset on to feeling like you’re immersed in a different world.”

As an early attempt, Zero Point was the first movie made for Oculus Rift. The next few decades of VR will be similar to the first few decades of film. Filmmakers had no idea what worked and what didn’t: how to write, how to shoot, and how to edit, etc. After decades of experiments they established the grammar of film. We’re about to enter a similar period of exploration with VR.

As mobile consumers, we use sensors as ‘shortcuts’ for information and actions we don’t have to perform. While summoning an Uber, instead of manually typing a location every time, GPS simply picks up our current location. Not just about bringing mobile to the enterprise, but the same ‘sensorification’ needs to move into the enterprise. Scott Weiss a VC at a16z says, “Enterprise UI is woefully behind. All those well-understood motions that have taken hold from our everyday smartphone behaviors — pinch, zoom, swipe, tap, speak, even just moving stuff around with our fingers — have yet to take hold in the enterprise.” He adds, “For enterprise, the value of the sensors is in being a shortcut for the user interface, potentially even replacing typing so we can concentrate on the easy, fun, and creative things.”

Until now we’ve been in the data ‘collection’ phase, the next phase is ‘prediction’, the ability to process the information we’ve collected, learn patterns, and predict unknowns based on what we’ve already seen. Peter Levine of a16z says, “Machine learning is to big data what human learning is to life experience. We interpolate and extrapolate from past experiences to deal with unfamiliar situations. Machine learning with big data will duplicate this behavior at massive scales.”

We’ll continue to see more automated apps where big data drives what the application does, and with no user intervention.

The end-to-end or full-stack approach lets startups bypass incumbents and overcome cultural resistance to new tech. According to Chris Dixon, “The old approach startups took was to sell or license their new technology to incumbents. The new, ‘full stack’ approach is to build a complete, end-to-end product or service that bypasses incumbents and other competitors.”

For years, Microsoft built pieces of the stack, and Apple does full stack on their own. As an example, the new age startups Altschool, Buzzfeed, Harry’s, Nest and Tesla can be dubbed as full-stack. In India, we’ve Zopnow, Olacabs, and Sourceeasy etc.

From consumer interaction level lots of things have changed. First we used to remember phone numbers, and then we started saving numbers on a device. Now we say ‘Call Mom’ and the phone dials. From programming point of view, there hasn’t been much change. Our model for computing used to be with standalone silos of hardware for separate application. Now the datacenter trend is with no virtualization layer between containers isolate an application from the underlying hardware, thus making Code implementation and API-to-API interaction easier. Peter Levine has outlined his thoughts here.

The wearables, and the medical devices will generate data from our body, and that data is going to be auto-synced to our phones. The interpretation of that data is going to be performed by software. Traditionally, MDs interpret the medical reports by looking up data stored in their head, this will soon change. Balaji Srinivasa of A16Z predicts, “To understand your personal diagnostic data, you might soon depend more upon an iPhone app developed in a garage than on your local MD.”

Marketplaces are being applied to a whole lot of new segments from ridesharing, to accommodation, to everything. Jeff Jordan an ex-eBay and current a16z man says, “It is surprising how few marketplaces truly invest in these principles.”

– Maintain a level playing field where every participant has the opportunity to succeed based on his or her individual efforts.

– Maintain complete transparency in the marketplace so that participants (especially buyers but sellers too) have perfect information on products and their pricing.

– Focus heavily on safety so the marketplace is as safe as possible to create the trust required on both sides.

– Promote ever-greater economic empowerment for sellers, and create an efficient structure where marketplace fees are at levels that allow sellers to achieve this.

Hack attack and data breach were common headlines of 2014. In fact, we ended the year with Sony hacks. What happens when we can no longer protect data with a firewall? How do we go about protecting data on a mobile phone or protecting data in the cloud?

Scott Weiss says every company in the world has to embrace the notion that not only will they get hacked, there’s a good chance hackers are already inside … and they just don’t know it. Now it’s just a question of how quickly we respond when we see odd stuff going on within the company.

How do we constantly monitor traffic and detect a unique/unusual behavior and rapidly get on the offensive? Weisis says, “The growing sense in the security industry is that if we don’t fight fire with fire, we’ll just get burned.”

Beside the currency up and down that seems to get everyone’s attention, Bitcoin will have multi-faceted uses, like Blockchain as an identity provider or as a distributed database for proofs of existence. And as a new rail, where Bitcoin can be used for new kinds of payment workloads for transactions that are very small, very large, very fast, very international, and/or very automated — unlike the legacy payment rails.

When we look at the likes of Microsoft/Paypal accepting Bitcoin, institutional acceptance will accelerate from here onward. Even though Satoshi’s paper got published in 2009, IRS tax guidance was published only in March 2014. Hence, legally speaking Bitcoin is actually only one year old.

Balaji Srinivasan of a16z says, “Specifically, a large number of companies will put together groups focused on what Bitcoin means to them — and as early as next year we’ll start to hear people ask, ‘what’s your Bitcoin strategy?’ in much the same way people asked, ‘what’s your social media strategy?’”

Peter Levine has outlined his thoughts on the cycle of centralized-cloud to distributed-local-CPU computing.

Due to ubiquitous use of mobile and access to social tools, crowdfunding is going mainstream. It’s no more an activity that will be done on desktop and browser. Crowdfunding will enable people turn their ideas large and small into reality either by funding projects they like or by being funded.

– Jeff Jordan says what we do know is that online video is far from done, so it will be interesting to see what even a little competition will do here.

The same way Craigslist was unbundled in to standalone destination; many entrepreneurs are working to build businesses that target some of the larger YouTube categories. The unbundling of YouTube will be an interesting trend to watch. Facebook has already made its big bets on the future of video on its Newsfeeds.

It is neither a tool nor a product, but a methodology for developing and deploying. DevOps means a lot of different things to different people as conversation touch lots of areas. Scott Weiss has shared his thoughts here.