Powered by mega bets on eCommerce, 2014 was the second biggest year for PE investments after 2007: Report 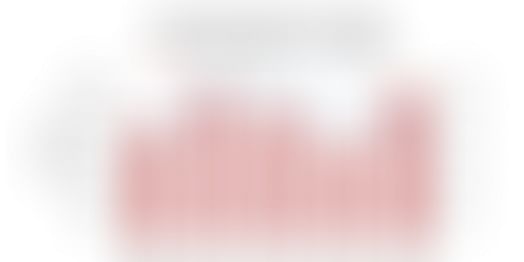 After plunging to a four year low in 2013, Private Equity (PE) investments in India bounced back by 47.3% during 2014 to touch $10.9 billion (across 436 deals) – the second highest figure ever, behind only the $14.5 billion (across 529 deals) invested in 2007, according to data from Venture Intelligence, a research service focused on private company financials, transactions and valuations.

The surge was led by mega deals in eCommerce firms – that accounted for almost $4.1 billion (across 106 deals) or 37.6% of the investment pie during the year (excluding investments in real estate)

Ecommerce majors, Flipkart and Snapdeal, snapped up almost $3 billion between them in 2014. Flipkart, via its Singapore-based holding company, rounded up $1.91 billion across three rounds – starting with a $210 million round in May, jumping to $1 billion in July and topping up with a $700 million round in December. All three deals figured in the Top 10 largest investments for 2014 and helped take the total funding raised by the company to about $2.7 billion.

With the number of stakeholders in the Singapore-based Flipkart Limited’s roster crossing the 50 mark, the company has filed for conversion into a public limited company.

Japan’s SoftBank Corp led a $627 million round for Snapdeal to become the biggest investor in the company. In May 2014, Snapdeal had attracted $100 million including from new investors Premji Invest, Singapore’s Temasek, the typically public markets focused Blackrock, and hedge funds Tybourne and Myriad.

This had followed a $134 million raise in February from the company’s existing Venture Capital investors and strategic investor eBay.

In contrast, 2013 had witnessed PE investors committing a total of $7.4 billion (across 433 deals) with only Flipkart featuring among the top 10 investments. Including Flipkart’s two rounds - of $200 million and $160 million - Online services companies had raised $786 million (across 86 deals) or less than 11% of the PE investment pie in 2013.

With 224 investments worth about $5.8 billion, Information Technology and IT-Enabled Services (IT & ITES) companies topped in terms of both investment value (accounting for as much as 53% of the pie) and volume (52%) during 2014.

Led by the Intas Pharma and Laurus Labs investments, the Healthcare & Life Sciences industry was the next largest destination for PE investments in 2014 attracting $874 million across 44 transactions. Pharmaceuticals firms accounted for six out of the top investments in HLS during 2014.

The BFSI industry came in next attracting $752 million across 32 transactions with the $100 million investment led by TPG in microfinance company Janalakshmi as the top investment, followed by Apax Partners’ $83.2 million in listed non-banking lender Cholamandalam.

Related read: Over $5 billion were invested in Indian startups in 2014 across 300+ deals