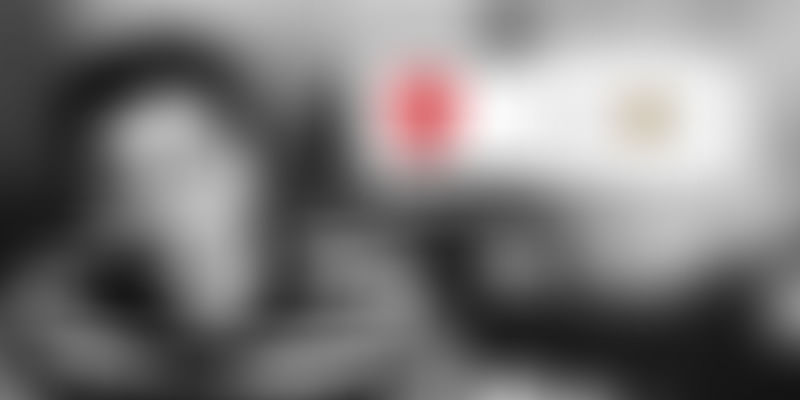 Zoojoo.be is a cloud-based social wellness platform which uses gamification to unite the workforce to form healthier habits. The platform leverages on the tremendous power of the social network at the workplace to encourage and motivate employees to cultivate healthy habits. Since people spend long hours at work, this is a great way for co-workers to help each other stay fit. “As far as I know, no one else is doing anything similar,” Joel Fernandes, this week’s Awesome Startup Employee, is quick to point out.

Joel started as an intern at Zoojoo.be and became a full time employee. Are startups becoming the first choice of employment instead of corporates for those fresh out of college? Avinash Saurabh, founder of Zoojoo.be, says he only hires interns and it is only after a few months that a job is offered to them. “We have never had a problem in getting the right interns straight from college, which is a great sign,” says Avinash. “I am not sure if early stage startups would ever be the first choice for freshers, as against corporates, but that said the number of bright young people who want to work for startups is increasing and that is a good thing.”

Joel, like most of us had, received the advice, “Get good grades and you’ll get a good job in an MNC with a good package.” Though it made him feel good initially, he later realized that working for an MNC was not a big deal. “I was introduced to the world of entrepreneurship when I was studying; the very word entrepreneur fascinated me and the idea of creating something new excited me,” says Joel. As the Android guy at Zoojoo.be, his primary role is to take care of mobile development and deployment.

From an intern to the Awesome Startup Employee

As an intern with no prior experience what sets him apart from the rest, according to Avinash, is his ability to quickly understand requirements. “He helped us release the first version of the Android app within a month. From then on he has also been leading the iOS development team to get the iPhone app ready.” Apart from technical expertise, Joel also has a keen understanding of business problems and has taken over responsibility to increase traction on the mobile app. It’s a challenge he is very excited about.

Joel did his schooling and college from St Joseph’s, Bangalore. While pursuing his Bachelor’s degree he got a chance to work on an Android based project and that’s when his journey with mobile application development started. In his final semester during his master’s, as per University stipulation, he had to work on a live project in a company. That is how he applied to Zoojoo.be and was selected to work as an intern (for Android development) for six months.

Though he had plans to study further, Joel has accepted the full-time role offered to him by Avinash at the end of his internship. “I thought I’d give this a shot and see how it worked out,” he says.

“Being a part of a start-up is the best thing that has ever happened to me. There is so much to learn and experience,” says Joel recommending that those who have great energy and are enthusiastic about learning should join a startup.

He recently completed a year at Zoojoo.be and thinks that the best part about working for the company is that, “Although you are a junior member in the team, your suggestions, feedback, ideas, etc. are welcome and appreciated. The team makes sure that each member is involved in decision making, which I think is essential for every startup.”

A message Joel has for his team is, “You guys are the best. What we do in bringing about a change in people’s lives by helping them form healthier habits is a wonderful initiative. Let’s continue doing so, and take ‘living a healthy life’ to a​ whole​ new level.”

On weekends, Joel is most likely to be out for a photo walk with his friends or a group with his Canon 500D or can be found at home catching up on Hacker News and Quora, watching English TV series or reading books on his Kindle.