Inside a garlic peeling unit that is clocking annual revenues of Rs 1.3 crores 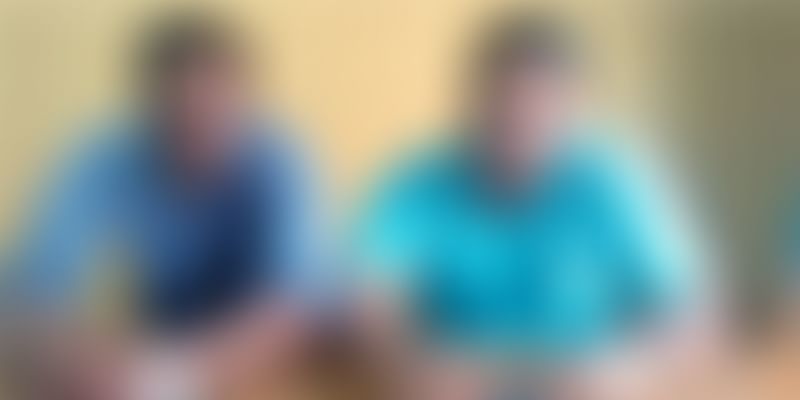 The smell of freshly peeled garlic and onions wafted out of the room. Piles of peels were kept at the corner and I could see huge containers storing garlic and onions all around. This was not a cooking facility. I had just walked into a pioneering cut and peel unit with a cutting edge machine that peeled garlic at the rate of 100kg per hour. Highly trained manual labour can only accomplish one tenth of that rate.

The Bangalore-based Edanta Food, all set to clock an annual turnover of Rs 1.3 cr this financial year, aims to completely change the highly unorganized cut and peel industry in India through a combination of technological innovation and professionalism. At present, the enterprise produces peeled garlic, onions and grated coconut through its brand Cookup and supplies the same to most of the well-known supermarkets and hotel chains across Bangalore, Hyderabad, Chennai, Cochin and Coimbatore. Edanta’s customers include famous retailers and hoteliers such as Reliance Fresh, Nilgiris, FoodWorld, Big Basket, Naamdhari’s, Auchan, Star Bazaar, More Megastore, Taj Group, Adyar Ananda Bhavan, Sodexo and Thalappakatti. Demand is escalating at an exponential pace – Edanta has expanded from 10 to 170 outlets last year with sales having increased nearly seven times since January 2014.

While completing his masters in computer science in the US, Vinayak Nanjundappa noticed the huge stock of freshly cut vegetables that was available to the residents. Automating the most laborious step in the cooking process had significantly reduced the workload on most home cooks and professional chefs and increased efficiency. Wondering why something similar had not been done in India, Vinayak shifted back home to research it. He completed stints at Wipro, GE and Ethnus where he met Prajwal Koteshwar, also a computer engineer, who had previously worked at an entrepreneur mentoring enterprise. Hungry to begin selling their own products, both decided to start their own venture in 2013.

Large scale urban socioeconomic trends were already picking up – the number of working women was increasing steadily, people were spending more time commuting to work since offices were shifting towards the outskirts of cities leaving less time for household chores. However, nothing had changed in the kitchen.While experimenting, Edanta’s founders realized that dealing with cut vegetables was extremely complicated, although their products could last for seven days, due to poor retail infrastructure, no store could provide chillers that could maintain temperatures less than 5 degree C to keep the vegetables fresh. The product’s lifecycle was reduced to two days and Edanta tasted its first failure.

Instead of reinvesting in more technology to support the retail infrastructure, the ‘engineering’ duo customized imported machines by themselves to peel and sort Indian vegetables and focused on products such as garlic that last for seven days despite being stored at temperatures close to 12 degree C. After a few trial production runs, they never looked back. Edanta now accounts for 70 per cent of the cut and peel products in the retail market and caters to 30 per cent of the hotels in Bangalore. The city’s total consumption is almost 1,000 kg a day and it has the potential to consume three times its current quantity.

The conventional way of sourcing for peeled garlic is through contractors who have hired labour to manually peel garlic at a certain rate. There is absolutely no guarantee regarding the quality or reliability of the product. Add to that, the increased dependability on labour and it means that supply is affected by holidays, sickness and leaves of absence.

By complying with food safety standards set by FSSAI and using R&D from CFTRI, IIHR, Edanta certifies the hygiene and safety of its products, an aspect that cannot be replicated by the unorganized segment of the cut and peel industry. Customers pay a certain 20-25 per cent premium solely for the accountability, due diligence and level of professionalism the venture has brought to the sector. Every order is accounted for in their system and the pricing is transparent.

Edanta follows a two-pronged approach to revenue generation, of targeting the consumer segment (low volume higher margins) and HORECA (high volumes lower margin) industry with annual contracts due to which it enjoys a stable and robust revenue model. Annual contracts offset the risks of capital expenditure going into innovation and continuous R&D.

The Edanta team is an ambitious one. Its vision is to join the league of legendary consumer product companies such as HUL and P&G by organizing an industry dominated by manual labour and bringing in a certain rigour to the sector with high-quality, safe and fresh products for consumers. They have plans of expanding into other major cities including Mumbai and have already started receiving enquiries from Delhi, Gurgaon and Pune. A much larger, 6,000 sq ft factory is in the works in Tumkur which can produce eight tonnes of the product per day. Soon, once economies of scale set in because of the increased volumes, the current premiums can be reduced from 20 per cent to five to eight per cent.

Vinayak comments that the growth in technology has helped him cut costs over the last few years with the image processing technology in his machine now costing only Rs 24,000 per unit from Rs 1.5 lakh a few years ago. He believes the use of manual labour will decrease with individuals from all strata aspiring for higher quality of life and skilled jobs. The metamorphosis of the milk market has inspired him. The entry of organizations such as Amul, Mother Dairy and Nandini has brought in high standards in packaging, safety, pricing and hygiene of milk products. Buying milk in tin cans is no longer acceptable to us. Vinayak hopes that Edanta can start a similar revolution in the cut and peel industry.

It seems that the day is not far off when Indian kitchens too can move to the age of complete automation.

The article has been written for YourStory by Sharanya C. Rao.