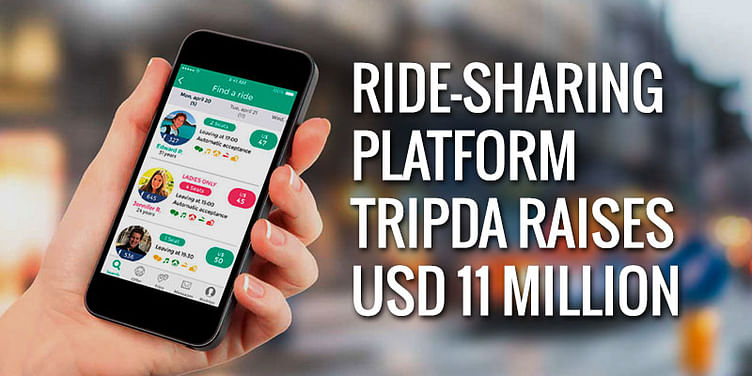 Ride sharing marketplace Tripda has raised $11 million Series A funding round by Rocket Internet and other investors. The Rocket Internet incubated venture plans to use the new round of funding to expand its global operations and grow its user base across 13 countries where it operates, as well as continuing to develop its web and mobile product for multiple markets.

Tripda, which connects people who need rides with people who have empty car seats, fills the important long-distance (often inter-state) travel market as a perfect alternative to buses, trains and short flights.

Passengers and drivers can set personal travel preferences, exchange messages and mutually filter travel partners taking similar journeys. It was started last year in Brazil, Tripda now operates in 13 countries including the US and some Asian markets.

“We are very grateful for the continued confidence of Rocket Internet and the backing by a prominent New-York based investor. The investment is a clear recognition of our leading regional footprint and an affirmation of the growth strategy and potential of our business,” said Pedro Meduna, co-founder and CEO of Tripda.

Besides Tripda, there are others too like Hopon, Cubito, Poolcircle, RidingO and SmartMumbaikar who have been trying something similar. Grallo is another venture that organizes transport for events using taxis, car-pools and buses. Recently, French city-to-city carpooling company BlaBlaCar launched rides in India.

Founded in 2014 Tripda’s business has been growing 100% on monthly basis. “We will be investing significant amount in sprucing up technology for our Indian users,” added Pedro over phone. The company is targeting to create awareness of Tripda among 18-35 age group.

Available through web and mobile app platforms for iOS and Android, Tripda verifies drivers and passengers to ensure security, safeguards user privacy, and even offers a “Ladies Only” option for women seeking all-female rides.

Talking about challenges, Pedro outlined “Creating awareness about benefits of carpooling is a big challenge. Currently, we are focusing in Delhi, Mumbai and Pune region and gradually will foray to other cities in India.”