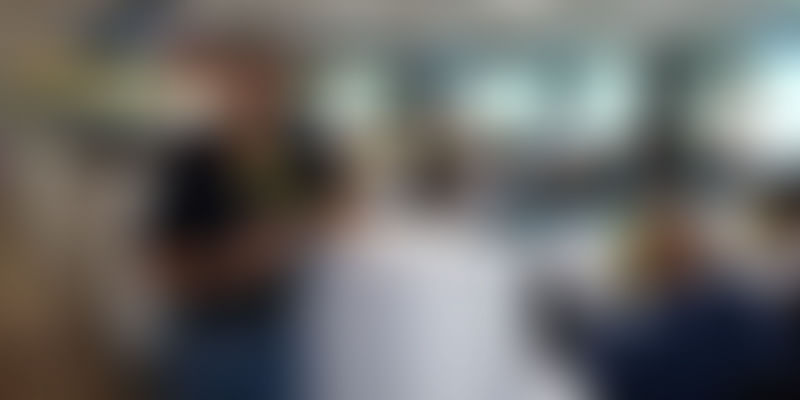 Last few weeks have been pivotal for Indian cab companies, be it the offline operators or online cab partners. This week we interviewed Amitava Ghosh, CTO at TaxiForSure for our Techie Tuesdays series. Amitava has been a veteran in the industry and has been through the ups and downs of it. He has worked in places of all sizes and technologies.

Born and brought up in Siuri, a small town in West Bengal, Amitava's school days were spent entirely in Physics and Chemistry labs. His family was full of professors, the probable reason behind the spark of interest in science in his formative years. Amitava studied at Birbhum Zilla School which was established in 1857, the year of the mutiny. Amitava says the school still bears the influence of the British era. The amalgamation of multiple academic disciplines at home brew in him a desire to be an engineer - a mix of Civil and Mechanical.

Amitava's secured ninth rank in the West Bengal Board matriculation exam. He went on to clear IIT-JEE and got through to IIT Delhi. To quench his thirst for interdisciplinary sciences, he decided to take up Biochemical Engineering. Amitava fondly remembers a project he did during his M.Tech days on protein folding - an example of interaction between Biology, Chemistry and Physics, again highlighting his love for the sciences. A simulation on protein-matching took almost 48 hours. To optimize this time he got into coding and Computer Sciences.

After graduating from college in 1998, Amitava joined TCS, but soon quit, for the slew of rigid processes that came with the organization were too much for him to handle. He went on to join a startup, Alumnus software, which was started by IIT Kharagpur professors. Within a year he got an opportunity to join Aditi Technologies. This meant moving to San Jose, California. Amitava found himself moving from one company to the other. He went where he saw for himself an opportunity to learn. He joined another company, SpeeDEV, to work on a project automation tool which was the need of the hour. The startup worked well but there were few takers for the offering post the dotcom bust. Fortunately, this turned out to be a great opportunity for him as he got to work for Click2Learn, an e-learning platform co-founded by Paul Allen (one of the three co-founders of Microsoft).

Soon Click2Learn rebranded itself as Sumtotal systems and decided to expand to India. Amitava and two of his friends were given the opportunity to kickstart the India office. They shifted base to Hyderabad. One of the biggest challenges he faced was the hurdles that came with working remotely, in terms of proving himself and, decision-making.

Amitava joined Yahoo in 2004 and worked in different teams ranging from Message boards to Search to Marketplace. Amitava worked for Yahoo for eight years and this was his major learning ground. He rose to become the Director of Engineering at Yahoo. When Shashi Seth, Head of Search at Yahoo quit to start Tribune Digital Ventures, Amitava followed, and joined him as VP, Engineering and headed the India operations.

It has been four months since Amitava joined TaxiForSure. He tells us about the interview call with the founders which led him to his decision to join TFS. He had an interview scheduled with Raghunandan G (co-founder, TFS) at 9 PM. During the interview, he was impressed with the energy levels of the founders. "When you see someone so full of energy at nine in the night, that is the right place to work at," Amitava says.

Related read: Working at TaxiForSure is fun for sure [Fabulous Workplaces]

On 'Kolkata - the city of dreams'

Amitava left Kolkata a decade-and-a-half ago and notes how the city has changed, and how technology and entrepreneurship have found their home in the hustle of the metro. "People have started dreaming, and want to make it big in the world of startups." According to Amitava, following key elements have fueled this change in the city:

On 'Traits in a techie'

Amitava doesn't like to typecast the techies into 'Microsoft guy', 'Google guy', 'Java guy' etc. While selecting candidates for technology roles at TaxiForSure, he says he looks for the following:

On 'What the technology in India needs'

According to Amitava, India is going through a crucial phase and the following measures need to be taken:

Amitava signs off with this message for young techies:

Always focus on your basics. They can never be compromised while you work on advanced technologies. Keep yourself updated and stay ahead of the curve. Learning is a lifelong process.