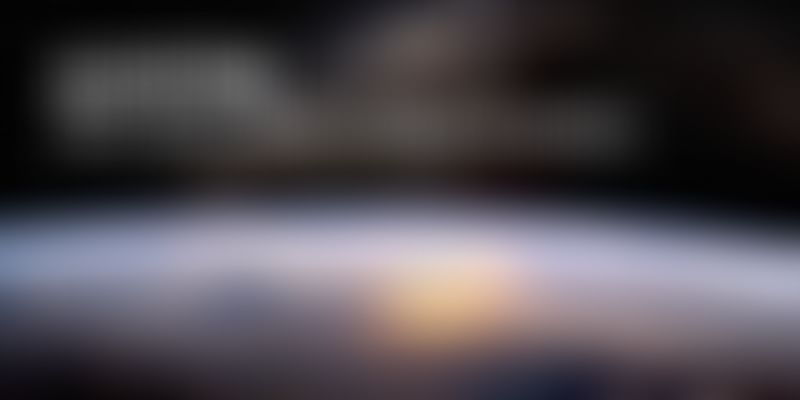 Just when we thought we had seen all kinds of social networks that could co-exist, here comes a new one – Alchetron, which stands for Alchemy of Technology. Alchetron is a social-encyclopedia that integrates all formats of information about a particular topic on its platform. So if you want to know about the solar system, Alchetron will give you information via text, video, slides, PDF and more. That is the part that functions as an encyclopedia. The social side of Alchetron allows you to share information that you have put together with friends, contacts etc (who are also on Alchetron) through messaging, dashboard, social profile, albums and so on.

“Searching and sharing specific information can be a real headache particularly if you are looking for information covering all file formats and even video integration. Alchetron allows you to do this on a single platform,” says Paul. Paul has co-founded Alchetron along with Dinny Paul, and seven other core team members including three computer engineers, a designer, a marketing person and a business development person.

The team at Alchetron is a combination of full-timers, part-timers and interns. A lot of content development work is done by interns, which part-time members assist in marketing and advertising. The seven -member core team works on product development and technology.

Alchetron started in Kalyan, a suburb of Mumbai, with even the ubiquitous Mumbai local trains having played a role. Paul says that he and his core team members have spent many days coding on railway platforms, discussed ideas in trains and buses, and even reached out to vendors at railway platforms to help charge their laptops. “We have always asked and believed that we could get help. We made a list of all friends and relatives who could lend us laptops and internet dongles for some months so that we could start coding. Working space was free since you can sit anywhere on a railway station platform In India,” he points out happily.

It is quite difficult to imagine that someone can work in the noisy environment of a railway platform, but then entrepreneurs are known to do the unthinkable, and Alchetron was no different. When they had trouble with electricity or net connectivity, team members would start design discussions and even made their prototype on paper. Once they had their prototype ready, some of the core team members quit their jobs, managed to rent a place and invested their savings to startup Alchetron.

Alchetron is mostly boot-strapped, along with a family and friends round of Rs 5 lakh that helped lay the foundation. Once they are ready with their iOS app, Alchetron plans to approach investors for funding.

Alchetron officially launched in January 2014, and today boasts over 10,000 visitors from 130 countries and 2500 cities. Its users can create and contribute to content and they can set privacy levels for each topic they create. Alchetron also has an in house editing team to create and organize content from the web.

Videos and slides are taken from different websites like YouTube and Vimeo using APIs which are free to use. However, at present they don’t support audio. “If any user posts a copyrighted content, we follow the same model which YouTube and Google follow, copyright take down model, in which the owner has to mail the URL to support@alchetron.com and our admin team will delete it after confirming the ownership,” explains Paul. He claims they have a patent pending HDR (Human Data Relation Algorithm) which helps to filter and process data/information created by users.

The founders claim they are getting a good traction of about 25 per cent month-on-month on the site. Alchetron’s web version has been built mostly on open-source technologies – 30 in all, which include Java, J2EE, Ajax, Reverse Ajax, big data analytics technology like Hadoop etc. They have also launched their android app, which currently only has the encyclopedia running. The team is working to integrate the social side into the app very soon. The iOS app is also under development and should be out before the end of next month.

Users are mostly information seekers who can also rate the usefulness of information on the platform, comment on the topic and, if they like it, share with others. “The social layer creates more engagement among users as compared to other encyclopedias on the web which are not social. Here you can also see who created which article and connect with others whose ideas, knowledge and intellect matches yours,” says Paul.

Alchetron is pitted against WikiHow, eHow and maybe even Quora, if you look at the commenting option with each topic that allows a user to add information.

Paul says he is more focused on growing the user base for Alchetron at this point, and is not thinking much about revenues at this point. Their short term goal is to increase the user traction and improve product innovation on all smart phone platforms. Next they would like to bring in more technology innovations within their product and subsequently they hope to become the next generation encyclopedia for the world by organizing the world’s information and making it easily accessible. “Traditional Indian software companies worked on a B2B model, which were driven by their service offerings. But now many Indian startups are building B2C products. That is what big names like Google and Facebook did. We want Alchetron to be in that league,” says Paul.

The challenge for Alchetron will be on multiple levels as it tries to build a technology heavy product. The user interface is very different from what one is used to seeing on other networks – this could be an advantage as well as a disadvantage. You can see a short demo of the network here :