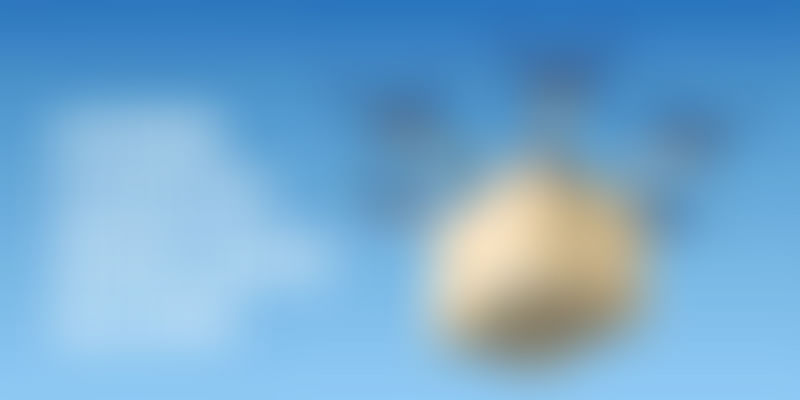 After Amazon and Google, Alibaba’s consumer facing e-commerce platform, Taobao, has started a pilot delivering whisk ginger tea to a limited set of consumers through drone service in China’s capital city, Beijing, and business hubs Shanghai and Guangzhou. The service will be limited to just three days and a few areas of the above Chinese cities. (via)

According to media reports, the company showed off a photo of a black and silver drone with helicopter-like propellers carrying a white box to launch the service.

Announcing the service, Alibaba said in a statement the logistical arrangements are being executed by courier company YTO Express, which had received the necessary regulatory approvals for the trial service.

The trial seems to be a PR stunt from Alibaba as it is limited only to 450 packets of ginger tea and valid for only three days.

Earlier, the world’s largest online retailer, Amazon, did a pilot with ‘Amazon Prime Air’, drone-based service meant for delivery. Amazon’s drone is able to deliver packages of up to five pounds (2.2 kg) and make round trips of up to 10 miles (16 km). Given the package size, it is estimated that nearly 86% of all the goods that Amazon carries, will fit within the stipulated weight range.

Titan has been developing two dragonfly shaped drones which make use of their wing-mounted solar panels to remain airborne even after dark. The Solara 50 model, which is the smaller one, has a wingspan of 164 feet and a claimed mission range of 4 million km.

Coming back to India, ideaForge deployed Netra -- a completely autonomous hovering Unmanned Aerial Vehicle (UAV) to scan the air space in flood-ravaged Uttarakhand in the hope of locating missing survivors in the summer of 2013.

The Francesco Pizzeria, a Mumbai-based restaurant grabbed media attention for testing out pizza delivery by drones The restaurant successfully carried out a test delivery by sending a pizza to a customer located 1.5 km away from its outlet in May last year.

Bangalore-based Skylark Drones is another startup which offers services to startups in different market segments, mainly real estate, land survey and inspection, advertisements, sports and events. The company is looking at various use cases for drones which can help businesses in different ways, especially Arial Panoramas, Ultra HD videos and images for different purposes.

They have also moved into advertisements using drones for which they have applied for patent.

Soon after The Francesco Pizzeria experiment with drone delivery, the Mumbai police questioned the restaurant if it had the necessary permissions to use the drone. As per norms, permission must be taken for flying any such object.

The new government under Narendra Modi hinted towards focus on drones being used in defence, security and other areas. The wildlife surveillance in India got a major boost when plans of introducing UAVs to monitor wildlife in 10 India states were made recently (source).

Following successful pilot runs in Madhya Pradesh’s Panna Tiger Reserve (PTR) earlier this year, use of drones has brought into the spotlight the importance of technology in wildlife management and conservation. The future sure does look exciting.