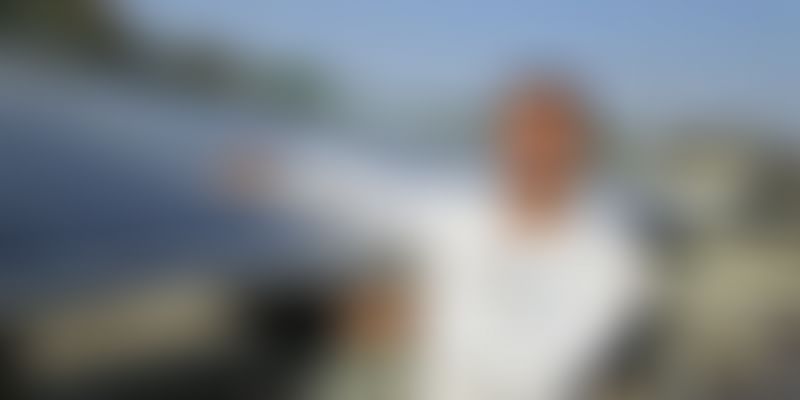 Initiated in September 2013, kSPL is a technology driven company with a vision to “solarize” the future of India and economize renewables. With the expertise of a strong technical team comprising six IIT Bombay graduates, kSPL offers customised comprehensive solar energy solutions right from design and engineering to installation and maintenance with in-house training for new people in the solar industry.

kSPL was initiated with the idea to cater to the huge open market of power consumers in the kilowatt range, which also resonates with the company's name. Today, kSPL has also tapped into megawatt scale power generation providing turnkey solar energy solutions by redefining the concept of Solar Park.

Journey from being a professor to an entrepreneur and birth of kSPL:

Chairman kSPL, the professor is one of the most dynamic individuals and an inspiring pioneer in the field of solar energy industry in India. His background and experience in the solar energy sector is profound. A professor in the energy science and engineering department of IIT Bombay, he has four US patents for his work on porous silicon for solar cell applications. He was awarded the Young Investigator Award at IIT Bombay in 2009 and young scientist award from the European Material Research Society, France, in 2003. He also authored four books, one of which, titled Solar Photovoltaics: fundamentals, technologies and applications is well referred in India and abroad. He has also published more than 40 scientific research papers in various reputed national and international journals. He is one of the principle investigators of the National Centre for Photovoltaic Research and Education (NCPRE).

As an IITB professor, he used to guide many people and act as a free consultant to those who required technical advice from him in the field of solar energy. Many people would approach him with queries on solar power installation or correct material procurement and market sourcing. Though the professor would help them with the required information, he always thought that he could make himself more useful. Instead of only providing guidance and consultancy, he always had the urge to get involved and make sure that any query that came to him was completely resolved or the project thoroughly executed. This gave him the idea of building a dedicated team and providing end to end solar energy solutions based on the needs of the people. Thus kSPL was born. He believes that being associated with an academic institution like IIT Bombay has ensured that the kSPL team is constantly updated and evolving with the latest technology in solar energy giving it the required technical edge.

kSPL has three verticals in sync with its vision. Firstly, Solar Lab is an initiative to give training to students, technicians and professionals about solar energy conversion technologies through solar laboratory setups developed in-house. In addition to this, a revolutionary solar energy training centre cum recreational resort is being designed by kSPL with a unique concept of outdoor living and experiencing the power of the sun through solar powered applications. Secondly, kSPL offers various solar products ranging from solar streetlights and fountains to solar water heaters. The team is also in the process of creating a network of solar entrepreneurs by providing them necessary training and creating a business model. Thirdly, kSPL offers its investors a world-class solar park with plug and play facility and ready to move in infrastructure for solar PV plants.

In the one-and-half years since its conception, kSPL has successfully established the business and lit up the lives of as many as 50 households and industries and successfully executed many projects in the kW range; the latest being a 22.5 kW grid connected solar plant at SVC Bank in Mumbai. With an initial investment of more than Rs 2 crore and funding acquired through initial consultancy projects, kSPL has grown rapidly from a small team of three in 2013 to a diverse multifunctional team of 30 in 2015 handling the domains of design, engineering and marketing.

kSPL has a turnover of over Rs 2.5 crore, which, the professor believes will grow exponentially owing to the ever increasing demand of solar power projects in India in the kW and MW scale. Talking about future plans, he has expressed the desire to identify the relation between the current three verticals and capitalize on this. He plans to do this by developing a network of entrepreneurs through intensive training which would help fulfill the gap of required skilled personnel to achieve the ambitious 100GW installed capacity of solar power by 2022 as envisioned by MNRE.