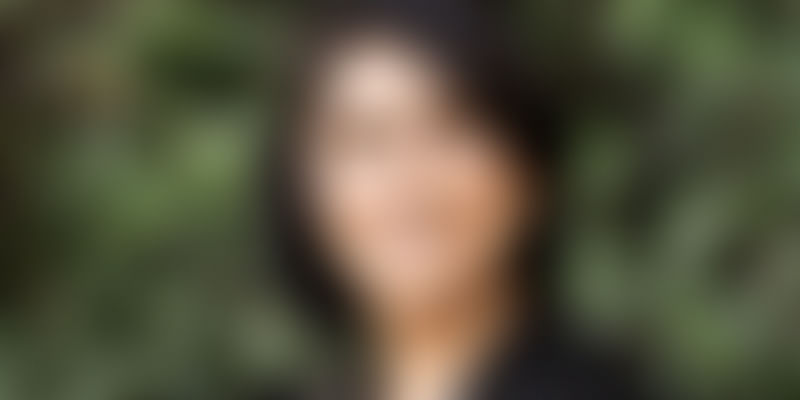 In five years’ time, Pooja Sood wants to hand over the baton of running Khoj Studios to the new generation. Director of Khoj International Artists’ Association, a radical arts space known for fostering experimentation, Sood might find hers is a rather large pair of shoes to fill. A Mathematics graduate and an MBA in marketing from Symbiosis, Pune, Sood’s entry into the arts world might have been a personal whim, but the 25-year journey since she completed a course in Art History from Punjab University has been full of memorable milestones.

“I was always interested in arts even while I was studying Math,” says Sood, now 51, “and used to attend all English literature classes in college. The decision to study art history post marriage and children was initially just for fun, but then I got hooked to the arts.”

Sood got her first big break with Delhi-based Eicher Gallery where she played the dual role of being a curator and administrator. “It was a not-for-profit gallery and that experience of three years taught me everything about managing an arts space,” says Sood, who has also taught Art History at Delhi’s College of Art and Art Appreciation at National Gallery of Modern Art.

It was at Eicher that she put together some of the most talked about shows in the city – a retrospective of ceramic artist Gurcharan Singh of Delhi Blue Pottery; a series on Textile Art; an exhibition on film actor Meena Kumari by Sheba Chhachhi; a show on food titled ‘The Recipes Show’; and in 1997 an exhibition between India and Pakistan called ‘Mappings: Shared Histories…a Fragile Self’.

The idea of starting Khoj was mooted by British art collector Robert Loder in a conference hall at Eicher itself. Khoj began in 1997 with a working group of Bharti Kher, Subodh Gupta, Manisha Parekh, Anita Dube, Prithpal S. Ladi and Sood. “I was working with most of these artists anyway so it seemed natural that we should come together to form Khoj.”  It was also a time of nurturing great friendships and this core group remains best buddies till now. “At that time, it was not just work. Subodh and Bharti used to throw some of the best parties in town and Subodh always used to cook for us,” Sood recalls fondly, adding, “Now everyone is just too busy though we have a blast whenever we meet.”

In fact, artists across age groups and regional affiliations have supported Khoj since its meager beginnings. Being a not-for-profit organization, the biggest test has always been to find regular funding and Sood has often turned to the artist fraternity in times of resource crunch. In 2011, 40 leading artists donated artworks which were sold as limited edition portfolios to raise funds for Khoj. More recently, Khoj was able to raise Rs 2 crore through a Christies’ auction of art donated by 10 artists, including Anish Kappor, Atul Dodiya, Subodh Gupta, Mithu Sen and Bharti Kher.

“Artists have always supported us because they believe in us. They have seen meaningful work being done at Khoj, without politicizing art. We have refused to be parochial and our growing network across the globe proved that we could deliver even as an experimental, non-commercial space.”

The beginning was not easy though. With the first bit of funding from Hivos, Khoj started with small office space in South Extension in Delhi and “I filled it with borrowed furniture from family and friends.” Today, the three-storeyed Khoj building acquired in 2002, houses five studio spaces, residency rooms to support six artists at one time, kitchenette and living area, multi-purpose project space, library and reading room, media lab, café, meeting rooms and a multi-functional terrace space. Sood may have herself gone through many moments of anxiety during this journey, but the artists Khoj has nurtured have got the best of attention at all times. While supporting art projects and residencies that have traversed diverse genres such as sound, video, food, science, public art and ecology, Sood has ensured that every project at Khoj has pushed the envelope and motivated artists to find their own unique language.

The attempt to embrace every idea is also the reason why Sood endorses events like the Kochi-Muziris Biennale and India Art Fair, the latter often being criticized for attracting more hype than collectors. “I believe that in a developing art world like ours, there is room for every idea. Private galleries, museums, art NGOs like us, non-commercial showcase like the Kochi Biennale and the Art Fair – they all drive healthy competition and only raise the bar. We must get people to appreciate and learn more about contemporary art and no better way than to co-exist.”

A validation of this diversity comes from art practitioners such as Shuddhabrata Sengupta, who wrote in an essay in The Khojbook, a comprehensive publication edited by Sood about artists who have passed through Khoj doors over a decade. “What has struck me is the diversity and variety of the kinds of people and practices that have passed through Khoj. From the earliest workshops, to the residencies, events, performances, exhibitions, discursive encounters and other kinds of gathering that Khoj has facilitated, the entire range has been impelled by the possibility of the unexpected encounter. Artists who pass through Khoj (especially those on more stable residencies) play a significant role in shaping the space through their presence. Each residency, each event changes Khoj. But the spine, the backbone of Khoj is built out of the serendipitous possibilities that outlast the temporal dimensions of a specific unexpected encounter between different practices and practitioners. Sometimes, the chance meeting between different people at a Khoj event matures into long-lasting bonds that occasionally transcend even very difficult geo-political barriers. This process is the most efficient guarantee of Khoj’s continuity. Khoj will endure as an institution because it has engendered a community of art practitioners, and as long as that community desires its bonds, Khoj will continue to receive its human sustenance.”

While Khoj has gone from strength of strength, Sood has always found herself at the helm of steering other new initiatives. She set up the South Asian Network for the Arts (SANA) which fostered artists exchange programmes in the region; in 2002, she doubled up as curator of Apeejay Media Gallery, a space dedicated to new media; helmed the blockbuster public art project ‘48°C Public.Art.Ecology’ in 2008 in Delhi; became director of ArthinkSouthAsia, a programme in arts management and cultural policy in 2009, and has spoken in various art forums in India and abroad.

And as Khoj prepares to initiate yet another multi-disciplinary dialogue between art and science at its upcoming residency in March, Sood shares that the next big challenge is to “have our own corpus of fund and get out of the three-year funding cycle to make Khoj truly autonomous.”

Didn’t we say it was not easy being Pooja Sood.