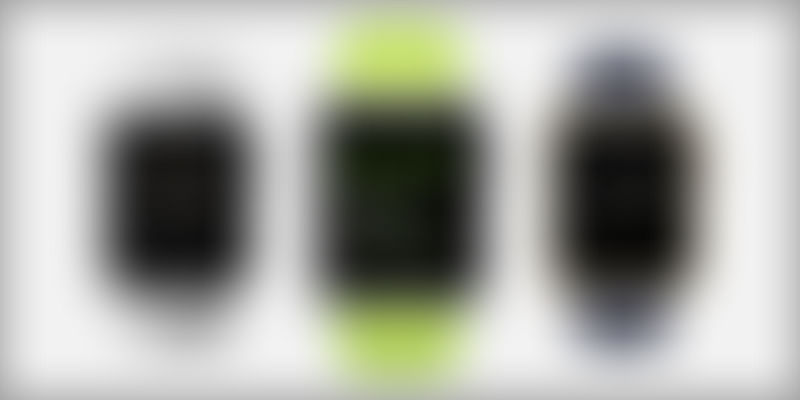 Before iPod, none of us asked a device to have 1000s of songs at our finger tips. We didn’t aspire and dreamt of an internet in our pockets in the form of a smartphone, before the iPhone. Now, Apple has sold 700 Million of those iPhones so far – that means Apple has sold one iPhone for every seventh person in the world. Ok, who is asking for the smartwatch now?

Tim Cook, the remarkable heir of Steve Jobs has unveiled the Apple Watch and its pricing today in San Francisco. With the Apple Watch, the company is venturing into entirely new product category since the original iPad and the demise of Jobs.

Tim described the watch saying, “Apple Watch is the most personal device we have ever created. It’s not just with you. It’s on you.” He added “I have wanted to do this since I was 5 years old.” He was talking about answering a call from his phone.

Apple publicly mentioned the watch in September last year. The pre-orders will start in April 10 in the US, and the watch will cost between $349 and $10K+. Each of the following three model watches come in two case sizes; 1.5 inches and 1.65 inches.

To justify the above $10k price, these are true-blue gold watches, not gold-plated watches. Rolex with 18-karat gold costs around $35,000.

Andrew Sinkov, VP of Marketing at Evernote said “We’ve long believed that wearable technology isn’t about miniaturizing apps to a new platform, it’s about rethinking apps to be quick and glanceable. An app on a watch doesn’t replace an app on the phone, it complements it. That’s how Apple Watch is designed.”

The main interaction methods of the Apple Watch are, Digital Crown and Digital Touch. Digital Crown is innovative way of interacting with the device, it serves like a mouse pointer. It is found at right side of the device, you can spin and push the button to zoom in and out of the interface. The Digital Touch is interface that can sense the difference between a light touch and hard press. The watch is controlled by a dedicated iPhone app, that enables users to change settings, manage notifications and apps.

“The Apple Watch, from what we have seen, adds functionality to the iPhone which did not exist before. It does this by way of health, communication, media, even something as simple as using the Apple Watch as a remote viewer for the iPhone camera, all an extension of the iPhone’s functionality. As developers figure this out, things are going to start to get very interesting relating to the Apple Watch,” says Ben Bajarin, a Principal Analyst at Creative Strategies, Inc

The health aspect of Apple Watch

You can order your Uber using the Apple Watch, also you can chat with WeChat via the watch interface. Since the Apple Watch is NFC enabled, you can pay using Apple Pay. You don’t have to even touch the payment terminal, as your hand gets closer it beeps and you are done. At the airport, it shows all of your travel info, and your hotel booking info is in the watch screen too. The Apple Watch is also a hub for connected devices, you’ll be able to open your garage door or see your how CCTV camera while you are on the go. Not just the apps, the third-party Apple Watch bands will inevitably flood the market.

The Apple Watch will enable the “Internet of things” by making you one of the things.— Scott Magoon (@scottmag) March 9, 2015

We are told Apple Watch battery lasts 18 hours with one time charge(no of us are awake more than 16 hours), but we are not told anything about storage capacity or cloud. Remember, the watch has to be paired with iPhone for many of its functions.

For now Apple Watch is two things at the same time, it is a computing tool on wrist and it is invariably a fashion product. The latest iOS 8.2 build is available for download, it supports Apple Watch, health app improvements & stability enhancements.