Are you eating poison? 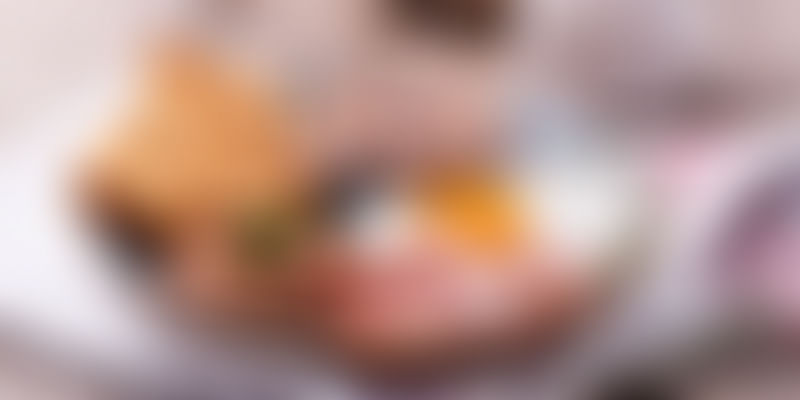 Being an entrepreneur is tough business. They have so much to do in so little time. In their obsession to accomplish their dreams they often ignore their health and peace of mind. YourStory in association with ‘SmartLife’ magazine brings quick and easy tips on wellness and fitness to kickstart the week on a healthy note.

We have grown up hearing that food is medicine. It helps us grow, rejuvenate and gives us energy. Almost all of us insist on buying the freshest of stock, nitpicking each fruit and vegetable before we buy it. However, the highly industrialized and competitive times that we live in has had a negative impact on food.

Instead of giving us nutrition, the foods we get are laden with preservatives, pesticides, hormones and chemicals, the effect of which is still being studied. We look at the three most common items in our food basket and check the toxic chemicals they carry.

Eggs are a great source of protein, containing all the necessary amino acids as well being easy to absorb. Eggs are also rich in B complex and contain important antioxidants and trace minerals. “The yolk of the egg is also nutrient rich and is high in calcium and folate and iron and can be had four to five times a week with egg white,” says Rachna Chhachhi, practising nutritional therapist, Mumbai.

Due to the increase in demand for eggs, 80% of all eggs in India come from industrialised poultry farms where chickens are kept in wire cages. They remain there till they die in extremely unhygienic conditions while being given synthetic hormones and antibiotics. The eggs they give are nutritionally deficient while being a product of inhumane practices.

What can you do?

Opt for free-range eggs: These are produced in farms where hens are allowed to fly, wander, peck and roam freely. These hens are healthy and are not given unnecessary antibiotics, and give nutritionally rich eggs.

Demand humane treatment of hens: Battery cages are banned in Switzerland and Sweden. Conscious consumers can force change by questioning produces are ethical treatment of animals.

A serving of milk has got 22% of the daily recommended intake of calcium and eight grams of protein, including potassium, iodine, Vitamin B12, Vitamin D, Vitamin K among others. However, there is a fierce debate among experts whether we need to drink milk at all.

Adulteration: A national survey in India has revealed that almost 70% of the milk sold and consumed in India is adulterated by contaminants such as detergents and skim milk powder but impure water was the most common contaminant.

Do not however think that it is your urban milkman that adulterates to save cost, the survey had samples from rural area as well as milk packets.

A cocktail of chemicals: A glass of milk may contain more than 20 chemicals, including pain killers, antibiotics and growth hormones, says a study published in Journal of Agricultural and Food Chemistry. A study conducted by Consumer Guidance Society of India also showed that milk contains high quantities of antibiotics, pesticide residues, pus, bacteria and chemicals like urea and sodium carbonate. Drinking such milk may lead to gastroenteritis, viral fever and even cancer.

No conclusive link to strong bones: A nurses’ study conducted at Harvard showed that women who consumed two glasses or more of milk had no greater protection against bone fractures than women who did not drink milk.

Opt for organic milk: Organic milk brands are available in most cities in India. Though more expensive, you can at least be sure they are not injected with hormones or given unnecessary antibiotics. Check for organic certification before buying.

Go off milk: Try going off milk and dairy products for a while. Vegans do it and they get all their calcium and protein from vegetable sources. Also try soya milk which has protein, vitamins, fibre and essential fatty acids. “Soya milk can be taken thrice a week and not more since it naturally contains female hormone estrogen,” says Rachna.

Yoghurt is better: If one has to have milk for its calcium content then having yoghurt is a better idea since its calcium content is high and the process of fermentation reduces the concentration of chemicals in milk. “There is also Vitamin C in yoghurt which is absent in milk and which helps in absorption of calcium,” says Rachna.

Meat can be an important source of many nutrients. Meat is rich in protein, iron, Vitamin D and iron.

Antibiotics: Animals are given antibiotics by cattle owners for faster growth but these are same antibiotics as used for humans and their frequent exposure makes them ineffective in fighting real infections creating antibiotics resistance.

Exposure to arsenic: Roxarsone, a growth inducing drug is frequently given to chickens, however, its use is highly controversial since it contains arsenic which is extremely poisonous for humans and can cause neurological problems.

What you can do?

Savour fish: If one must have meat, then fish is the best bet. It has all the essential fatty acids, is low in fat and will be devoid of steroids and chemicals.

Opt for organic: Seek for organic options for meat which will be free of pesticides, antibiotics, synthetic hormones and chemical treatments.