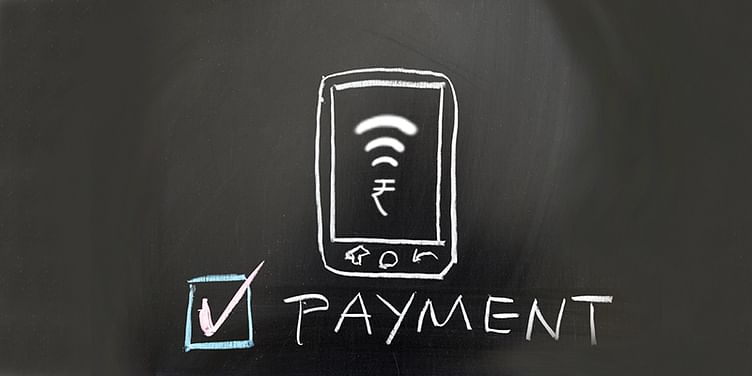 According to Avendus Capital Research, the games and apps market in India is expected to be around Rs 2,700-crore by 2016, primarily driven by strong smartphone adoption and expanding 3G user-base.

As the 3G prices come down coupled with the growth of smartphones, it shows clear indication that there will be a tsunami of digital content consumers being added to the world of mobile internet. But for the local developers, monetization on the Internet has been hard. And monetization on the mobile is even harder. Indian content landscape on mobile is dominated by primarily five categories; cricket, music, news, video and games. The research report says India has about 900 million mobile subscribers. But as a developer, how do you give these users content that they can consume delightfully. More importantly how do you make them pay you?

The most common way is to integrate with existing online payment gateways. But also, giving consumers an option to pay thru operator billing perfectly complements other methods of payments. In a country like India operator billing will enhance the consumers’ willingness to pay for services due its ease of use. At the same time developers can easily monetise their services helping their top line to grow significantly.

What is carrier billing?

Carrier billing is a key monetization model in the app ecosystem. For digital goods, carrier billing stands out as the most frictionless payment mechanism available to Indian mobile users today. Direct carrier billing is a secure and easy-to-use mobile payment service that integrates with network operator to charge users for digital goods & services (that are consumed digitally) so that they can pay through their mobile phone bill (pre-paid or post-paid). The user does not need to register, or fill in forms or share bank account information or be a credit/debit cardholder in order to purchase a digital good. Developers can charge consumers for digital goods, such as mobile apps, premium content, e-books, e-learning, classified ads, e-coupons, games and other in-app purchases.

Who is doing it right locally in India?

Ver Se Innovation Pvt. Ltd, the parent company of vernacular content app NewsHunt, launched a carrier billing platform called iPayy in 2013. iPay also allows merchants and small business owners to offer their services/offerings to customers who could not earlier think of transacting online. Through this micro billing platform, developers/merchants can price their digital goods between Rs 1 and Rs 500. About 300 digital goods merchants are using the platform.

When it comes to secure transaction, iPayy’s methodology of delivering OTP (one-time password) over USSD / SMS flash ensures that the end user does not leave their application at any time. OTP pin screen comes right over the user’s application or browser. iPayy also includes a two-factor authentication and a risk management engine to prevent fraud. No pre-registration and no new mobile software is required and thus most transactions are completed in less than 10 seconds.

Scale and reach of iPayy

iPayy is the only platform with direct carrier integrations across top 5 carriers, that gives them a potential reach of 600+ million Indian mobile users. The platform can support up to 30 million transactions per day with a capacity to process 1500 transactions per second.

Merchants also get access to a Dashboard with features such as - real time transaction view, analytics tab for business insights, download option for the transaction done with filters, and can raise tickets, check status and Log views.

iPayy’s sister product Newshunt claims to be India’s largest regional language e-books platform having on boarded 300 + publishers and authors with 30000 books, magazines and singles added in 14 months. Navneet Potti who handles carrier billing alliances and partnerships at iPayy said that “for Newshunt, iPayy had proved to be the catalyst in driving eBook transactions 20x times over the other payment gateways as well as user penetration to over 11.3 million. For example, in a short span of time Newshunt sold almost 40,000 regional copies of Amish Tripathi’s e-books.”

iPayy’s most transactions come from Tier 2 and Tier 3 cities and they are using carrier billing to take e-commerce to the doorsteps of the ‘real’ India. Another USP of the platform is that users can purchase individual chapters or sections of books and micro-pay only for what they wish to consume with price points as low as Rs 2- Rs 5.

Navneet added, “Rs 30 was the sweet spot and the most ideal price that they would recommend to developers based on their data.” Another feature that is a hot among Newshunt users is the notifications or breaking news that they deliver in regional languages. As a result of this, most users would then go on to read more stories.

iPayy has five major telecom partners, amongst them they’ve named Vodafone who recently launched the ‘Vodafone India Dev Portal', a platform which aims to be a one-stop shop for app developers who are looking to monetize their mobile apps. Like it did to iPayy, Vodafone offers its partners full-fledged mobile payments API and mobile web billing SDKs.

Vodafone’s platform allows developers to get access to valuable mobile network capabilities and intelligence to help them differentiate their apps and make them stand out. The platform ensures developers can build new things and also be certain that their apps and services will work the way they want in the sandbox test environment. Thus, reaching and billing maximum potential customer base with a direct-to-bill monetization channel for digital content.

In India Vodafone has pioneered the D2C ecosystem & has been doing Direct Carrier Billing for over 3 years. Traditionally very few Indian mobile apps had direct carrier billing integration, mostly limited to telecos in-house apps. Currently about 75 merchant/developer partner uses the Vodafone portal to motetize their digital content, where user can then purchases digital goods by confirming the payment with their Vodafone no and charging the amount to their phone bill.

The Vodafone India platform powers billing among content portals, app & OEM stores, in-app purchases, aggregators like ipayy & games. The revenue share is in favor of the app developers, they can leverage Vodafone network APIs like carrier billing and location services.

As India continues to get on the digital bandwagon at an accelerated pace, an ecosystem for consumers to get what they want and for developers to get paid for what they make is imperative. And carrier billing ensures that an ecosystem exist pan India. According to MasterCard Online Shopping Survey 2014, held on Wednesday, March 5, 2015, “In India, purchases through mobile shopping more than doubled over the past two years, that means online purchases made through mobile phones in India have grown by more than 100%. Mobile banking apps, in-app shopping, digital wallets are enriching the Indian shopping experience.” Considering India’s credit card users base is low, carrier billing offers content developers a prospect to monetise a mobile consumers who do not own a debit or credit card, including the unbanked. Thus, D2C billing gives developers an opportunity to tap the untapped market from Tier-1cites to the remotest villages. This phenomenon is not limited to India, research and advisory firm Ovum forecasts that global carrier billing revenue will reach more than $24bn by 2019.