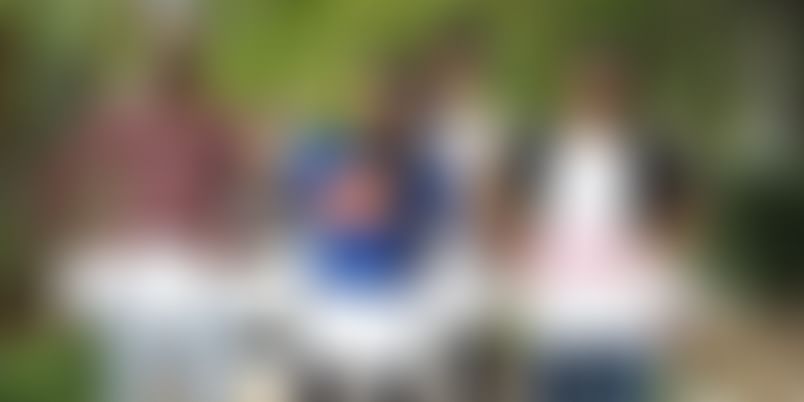 What comes to your mind when you think of social campaigns? Most people – especially the youth – argue that they are, “preachy, boring, and non-rewarding”. They often fail to engage their audience and therefore struggle to sustain interest.

iPunch is a mobile app that encourages anyone to create visual and/or audio content to denounce social problems and to propose proactive solutions. “The entire app has been built as a game because it aims at addressing any sort of community fostering engagement with hyper-local issues,” says Founder Rajesh Choudhary.

The gap between campaigns and real impact is a well known problem but Rajesh has observed it for years with particular interest. After graduating from IIT Madras he worked in various sectors including IT, social, corporate and e-governance. In 2008-9 he was head of technology at Tata Tea and Janaagraha’s ‘Jaago Re! One Billion Votes’ initiative, which was the experience that triggered his curiosity about social campaigns.

“Interaction with young people was extremely difficult because it was hard to find points of engagement beyond a superficial interest,” says Rajesh. “I wanted to move away from the status quo of Be The Change You Want To See to Play The Change. After I came up with this idea, I immediately got in touch with my close friend Manish Thapa who is a consumer behaviour specialist.” Later, the duo reached out to corporate CEO and serial entrepreneur Prem Kumar who agreed to mentor iPunch; while Vaideeswaran Sethuraman, Founder of DIVUM, a company which designs and develops mobile apps, joined as CTO.

When asked about their revenue model, the iPunch team explains that their app can be a springboard in the context of social impact for brands that are looking for more context-based engagement with their target group. For example cleaning related brands or taxi providers can target their users while fitting into the message of change that they promote.

“We believe there are better ways to capture reactions for real world problem than likes and re tweets. iPunch is unique because the only form of expression used is through sound and animation. Unlike other platforms, it does not only capture ‘considered thought’, but also encourages people to react proactively through animation.”

The team is currently working to build the second version of their app, which will be ready in the next two or three months. They will include more features for users to create contents and for brands to engage with potential customers. However, their dream does not stop in India. “Next year we will be present in some emerging markets like Vietnam, Indonesia, Philippines and South Africa, which are countries with problems similar to the ones India has. Our long term goal is to enable hyper-local behavioral change everywhere in the world.”

In any democratic community it is fundamental that every member contributes to creating the best possible environment in society. The main innovation that iPunch brings in is that it redefines the concept of seriousness from boring to humorous, without dropping its importance. However, as Rajesh himself explains, “It is important to lay down examples of how iPunch is solving local problems in order to prove the effectiveness of the app, and enhance its expansion globally.” If it gathers enough case studies, iPunch could become the next social phenomenon.

check out their app here