Doctor turns entrepreneur after IIM-A stint, starts up a Naukri.com for doctors: PlexusMD 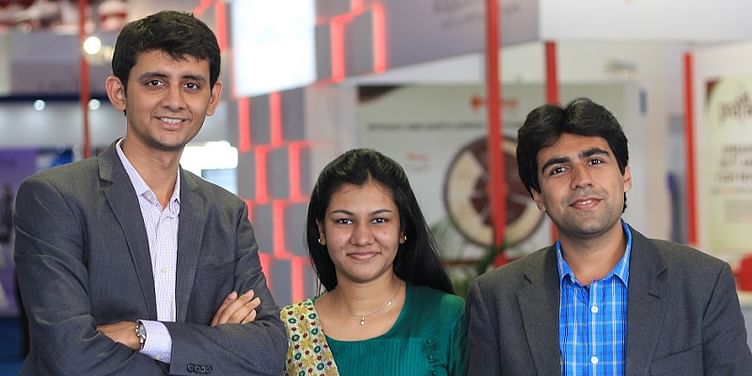 2008 was a pivotal year for Ahmedabad-based Rohan Desai. It was the year when Rohan completed his MBBS and became a doctor but also got through to IIM-Ahmedabad for a MBA. Ever since this turn of events, a majority of conversations have revolved around why he decided to do an MBA after becoming a doctor? And my question wasn’t very different.

“My parents are doctors. I entered this field with the flow and never really questioned it, but I was always good with mathematics and analytical situations. I was always more involved with things and systems that worked at scale,” says Rohan. He easily got through CAT and made it to IIM-Ahmedbad, the most prestigious B-school in India. Here, Rohan was exposed to a lot of possibilities and his mind was set on building something for the healthcare sector and doctors at large.

After his MBA, Rohan took a consultancy job for a few years but by the end of 2013, he had made up his mind to start up. But what? Being a doctor with a knack for technology, he was observing how doctors used social media. “I’d often come across doctors posting some breakthroughs they made on Facebook which is not a place one would typically expect such updates,” says Rohan. This was one angle but there was something more basic which was broken – doctors work on different models (contract based, part time, internships, exclusive contract, etc.) with hospitals and clinics, and there is no consolidated place for these openings.

Thus the idea to open a job portal for doctors was born. There are various specialities and super specialities for doctors. With a very wide category spectrum, a dedicated platform for doctors does make sense. And on top of it, they have the social layer with speciality specific feeds so that it is relevant to every doctor on the platform.

Keen to explore this idea, Rohan got in touch with Binal Doshi, a doctor friend who also went for MBA to IIM-Kozhikode. She liked the idea and came on board as a co-founder within 24 hours of the discussion. For the technology side, Rohan found his way to Kinnar Shah, a computer science engineer who has previously worked with startup AllEvents. The trio got to work and developed PlexusMD with the aim of connecting healthcare professionals and organizations worldwide.

Over time, they’ve developed a network and have the following metrics:

PlexusMD is now a team of 6 in total and launched their Android app last week. Their focus is on providing a Web+Mobile offering with because web is where most of the content creation will happen. Globally, there have been efforts like Sermo and a bunch of others which are networks of doctors and closer home, Curofy is a startup we recently covered which is also in the doctor to doctor networking platform. On the consumer side, Practo is the biggest startup success from India when it comes to digital healthcare. For PlexusMD, the focus is more on the jobs part and the networking platform is secondary to maintain and engage a community.

Bootstrapped till now, PlexusMD is likely to need funds to fuel initial growth. Post user acquisition, this Ahmedabad based firm is likely to focus on a typical jobs portal revenue model which is a mixture of advertisements and premium listings.