Rathika Ramasamy chose her passion over her two degrees: a wildlife story 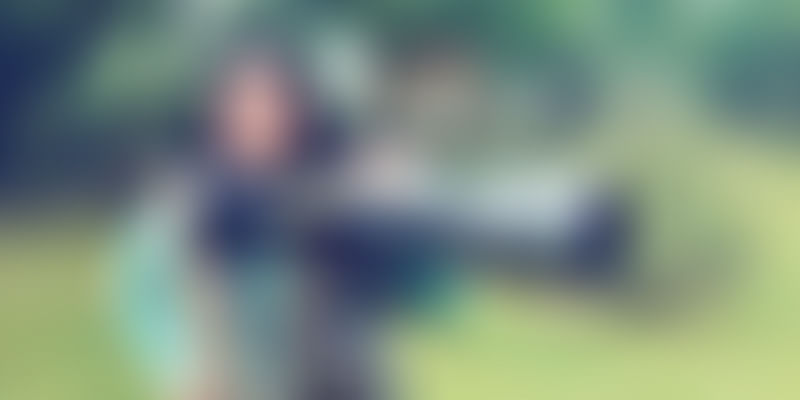 For some people, moving around a city is scarier than walking in the heart of a forest. It is all a matter of perspective; the real challenge is to find out which of the two is truly frightening for us.

Rathika Ramasamy found her answer by looking through the lenses of her camera. Before becoming a professional photographer she was a kid who liked to capture family picnics on the camera that her father had gifted her. Even as a teenager she took the quality of her clicks as seriously as any regular school subject. Finally, she was among a crowd of software engineers in Chennai who celebrated their graduation in the late nineties, and some years later a young lady with an MBA.

The first step into the wild was not a step in a jungle, but a move toward embracing her passion as a full time occupation regardless of her remarkable academic achievements. “After my graduation I knew I did not want an office job. I thought a lot of people could be software engineers, but wildlife photography was not everybody’s cup of coffee,” she said.

So she grabbed her camera, the support all her family was giving her and took off on her venture.

All the forces acting on a wing

“Birds were my first love,” Rathika says. “Their colours and movements during migration are just pure grace and beauty,” she adds. However, the first time she captured their flight with her new digital camera; the pictures she downloaded were too dark and had the wrong angles.

“It was time to upgrade,” she said, “so I taught myself the technical skills to become a photographer.” While studying the mechanics of photography, she became a regular visitor to the numerous National parks around Delhi where she had moved in 1999 after her wedding. Rajaji, Sariska, Ranthambore became her second homes, alongside the National Chambal Wildlife Sanctuary, Corbett Tiger Reserve and many other protected areas.

“By then, I had totally fallen in love with wildlife and I have never looked back since,” smiles Rathika. “Wildlife is like a magnet, the closer you are to it, the strongest it attracts you, and the harder it is to get away.”

When Rathika goes out for a shoot, she normally spends a few days wandering in the animals’ natural habitat simply observing how it is, what the dynamics of its ecosystem are and how her subjects fit in. “When you take pictures of wildlife there is no second shoot. Everything happens in a nanosecond, so you need to learn how to predict the animals’ movements by learning their habits,” she continues, “this is 70 per cent of the knowledge you are supposed to have and it comes from patience, observation and passion.” Technical knowledge follows as a consequence. “If you really want to know how to take a good shot, you start picking up the skills that you need,” Rathika says.

Nonetheless, Rathika admits that it took her quite some time to learn. “Now there are workshops where aspiring wildlife photographer can teach you about cameras in a few months and I would recommend that interested persons attend those.”

“When I travel, some people get scared of my big lenses; others wonder whether a single lady can travel by herself in a forest,” smiles Rathika, “I am here neither to let myself be dissuaded, nor to prove I am brave. So, I do everything to make myself and others feel safe: I always pre-book, and inform my relatives about my movements.”

She makes it clear that her journey is not about what other people think. “I want to be the best wildlife photographer in India,” she says firmly, and underlines that gender plays virtually no role in her mission. “At the moment I am probably the only one taking this as a full time profession; most people consider it a hobby,” she explains, “it is equally challenging for men and women because it does not give any financial security (which I found only after working very hard on my shots).”

“It’s up to people whether they want to find inspiration in what I do or in my gender, but for me it is important that they acknowledge the quality of my pictures,” Rathika concludes.