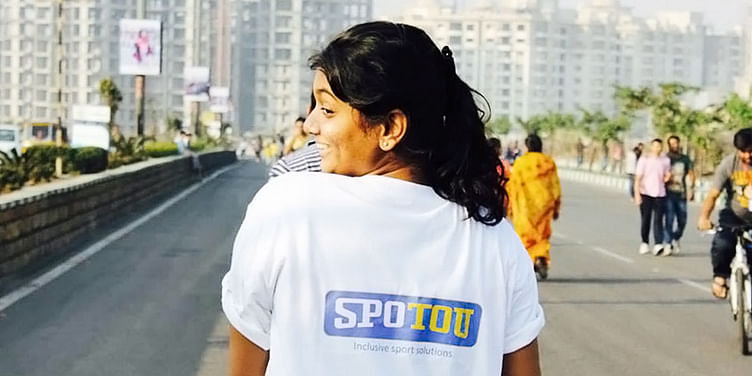 There was a time in India when a sports career was looked down upon. Any child hoping to make a career of sports was frowned upon, and discouraged. However, with big brands and celebrities not only endorsing different sports and sports brands, but also actively participating and owning different sporting teams, the idea of sports as career is slowly gaining momentum in India.

Looking at this change and the growth potential sports is showing in the country, Sanjay Dheer established Spotou, a sports management and sports tourism organisation, in January this year. After having travelled over 60 countries on the globe and with over 25 years of experience working in international markets, Sanjay came back to India in 2014 to start up.

"When I came here I saw two industries show massive growth: one was the e-commerce business, where the evaluation of some companies has crossed multi-million dollars and are attracting foreign funding, as well. The next big thing that I saw happening to India was sports. With huge chunks of money corporates are pumping in it, sports is beginning to be a lucrative career in India," says Sanjay.

Thus came about the idea of Spotou for sports training, sports events, sports infrastructure development, celebrity management and sports tourism. "Luckily for us the concept has been very well accepted by educational institutes and other sporting academics," adds Sanjay. As a part of sports tourism, several sporting clubs of the United Kingdom, specifically football clubs like the Manchester City, Arsenal, Liverpool and Chelsea have tied up with Spotou.

Elaborating more on these tie-ups, Sanjay explains, "We take a lot of budding footballers to these clubs where they not only get the opportunity to rub shoulders with football legends and heroes, but also get trained and coached under the very same facilities their heroes are being coached."

There are short term, long term and mid-term programmes, for which all details like the air travel, boarding and lodging are taken care of. All budding sportspersons even receive certificates of participation for every programme. For cricket lovers and enthusiasts, Spotou has tied up with famed Lancashire Cricket Club, and for badminton and tennis, the organisation has tied up with David Lloyds Sports Academy, basketball with Manchester Giants and for athletics, Manchester Harriers.

With the advent of the Indian Super League football tournament, the sport is gaining popularity and recognition, "so we've ensured that we've tied up with the best football clubs of the world," adds Sanjay. Elaborating further he says, "There are several youngsters nowadays who want to learn football seriously and professionally."

While there have been several highs,one of the major challenges Spotou faces is convincing people that a four week long programme is good enough for training. "Many would like to undergo a longer programme; however, because they need to focus on their academics as well, it's not possible for them to spend long durations in United Kingdom. Convincing parents is still a challenge," says Sanjay.

As an advice to several parents, Sanjay says, "If you see a latent talent in your child for sports, encourage him or her to develop and hone it. Try not to discourage them; there are numerous examples of people who have taken sports as a career and have done exceptionally well."