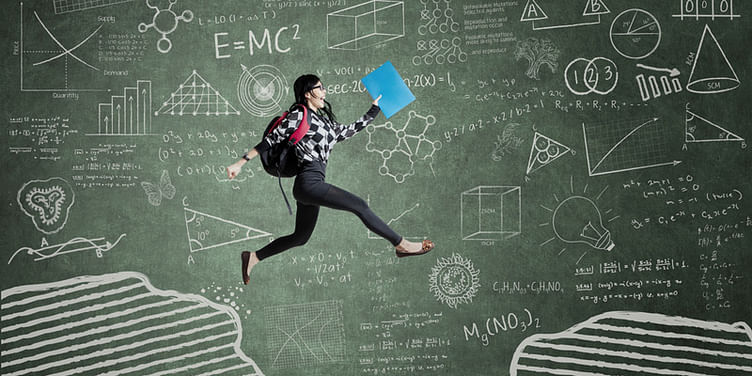 Recently, I was at one of the youngest IIMs - IIM Udaipur - to be a mentor at their annual event, Prarambh, where students and young entrepreneurs slog for 32 non-stop hours to build a 'startup.' No, not just a cool code hack but a (near-real) startup. The event ends with all teams pitching to actual venture capitalists. From there, the sky could be the limit.

Looking at the organisations and sponsors associated with the event, I was keen to get there. Clearly, for a young institution hosting its second annual event, getting such an impressive list of supports was never an easy task.

Now I don't need any special invite to ever go to Udaipur. I grew up in this wonderful city of lakes. So, any visit, and especially an opportunity to pay forward, is always welcome. When my old friend Atul at IIM Udaipur asked my availability to spend a weekend mentoring these student-entrepreneurs, despite having a back-to-back commitment both before and after the weekend, I just couldn't say no.

So, after twelve hours of travel and waiting at two airports and inside aircrafts, here I was finally at Udaipur on a Saturday night. I headed to the arena where students were working to solve some really interesting problems. One team was working on a solution for shopping malls to increase conversions from footfalls to real dollars. Another had an unusual idea to build a business around people carrying shopping list items while travelling overseas. There was one that had developed a cool way to make notifications form 'temporal' to 'spatial.' The winning team dealt with smart chat/messaging. They also had an interesting implementation on a safe encryption that utilizes doodles rather than alphanumeric passwords. One team had an idea owner coming from mom-and-pop store background and he understood how to build a solution for that 'enterprise' - including their issues and challenges. A Mumbai-based group wanted to radically change the entire home-buying process much beyond what some of the best ones offer today. All of us mentors spent time with them, helping in whatever meaningful manner we could.

Most of the eight or nine teams (of four-to-five idea owners and techies each) at the event were very tech savvy, and despite being in a rather 'non-tech' place like Udaipur, were reasonably aware of people's needs and wants. In fact, if anything, I felt they understood it as well or even better than someone from Bangalore, where we may sometimes take things for granted. When I finally called the day at 2am, I was tired, but the teams went on till 5am.

Those who didn't have answers would simply reach their online friends and peers across cities and continents in getting whatever help they needed. Having been involved with several hackathons before, including organising similar events where we got up to 700+ folks and would run on a budget that would need robbing a small bank, here there was no live band; no midnight laserman show; no Red Bull on the tap (beer was out of question in the college); and definitely not even decent cappuccino. It goes on to show that creativity can flourish under natural conditions. And if you ask my brutally honest opinion (unfortunately, I don't have it in sugarcoated flavor), creativity only flourishes when you take away all these man-made distractions. But that's for another day...

Next day by 10am, most teams were back doing what they came there for. Most of them had a reasonably good problem statement; some of these did listen to their mentors and took to talking to real people despite being in a 32-hour timebox. They worked the whole Sunday ignoring the India-South Africa historical cricket World Cup broadcast live in the college)! By 5pm, they had to stop work, and by 6pm, they started making their pitches- seven minutes for the pitch and three minutes for the Q&A for each team. I was quite impressed by what I heard. Their passion and confidence was palpable, and their story was getting better every time they would tell it to someone. Many of these teams worked hard to demonstrate the MVP, even if that was a very multi-device use-case and rather clumsy to use. Of course, the 'poor' UI didn't matter at that point.

I had to leave halfway to catch my last flight out of town before the final winners were announced. However, from my viewpoint, they were all already winners. In a matter of 32 hours, they all came to the event as individuals and strangers from different cities, but got together to build something of value. They learnt to trust and respect each other and channelise their talent and passion to create something innovative. Most importantly, they mastered the entrepreneurial mindset rather than the entrepreneurial curriculum. And that's my point - we should stop 'teaching' entrepreneurship and start learning by doing:

At the end of the day, I believe if you want to teach them swimming, the last place to teach that is a classroom. Get them into a pool or a lake, and get them started.

"If you want to build a ship, don't drum up people to collect wood and don't assign them tasks and work, but rather teach them to long for the endless immensity of the sea."

About the Author : Tathagat Varma is the Founder and CEO of Thought Leadership