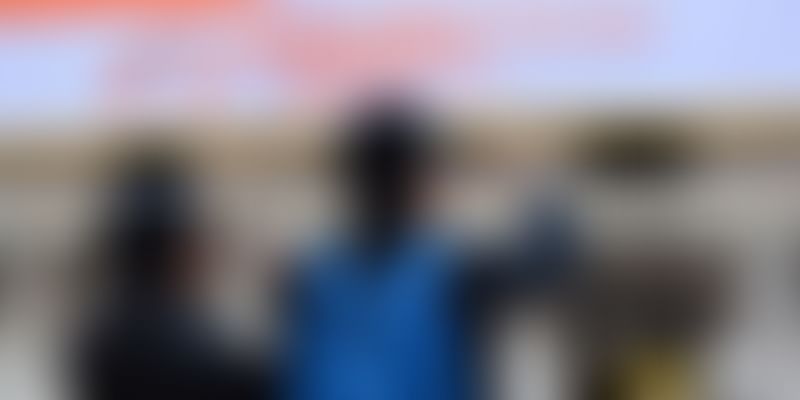 China's e-commerce giant Alibaba requires no introduction. This e-commerce behemoth was founded in 1999 and has established a presence all over the globe. The group has a pretty amusing beginning, here's what happened in founder Jack Ma's words:

One day I was in San Francisco in a coffee shop, and I was thinking Alibaba is a good name. And then a waitress came, and I said, 'Do you know about Alibaba?' And she said yes. I said, 'What do you know about Alibaba?', and she said, 'Open Sesame'. And I said, 'Yes, this is the name!' Then I went onto the street and found 30 people and asked them, 'Do you know Alibaba?' People from India, people from Germany, people from Tokyo and China… they all knew about Alibaba. Alibaba — open sesame. Alibaba is a kind, smart business person, and he helped the village. So… easy to spell, and globally known. Alibaba opens sesame for small- to medium-sized companies. We also registered the name "Alimama", in case someone wants to marry us!

The company has since then grown to unimaginable proportions handling more than a trillion yuan in annual sales and when it went public in USA, Alibaba's market value was measured at $231 billion. The company has been active globally and in India, it was most recently in news when it took up 25% stake in Paytm.

In a recent development, reports claim that Alibaba is planning to setup an incubator in Bangalore which will focus on mobile and eCommerce. This incubator is being setup along with Bengaluru-based mobile and analytics solutions company Globals which was started by Suhas Gopinath about 11 years ago when he was only 17 years of age. "We met Jack Ma (Alibaba founder) and his team in Delhi on Monday, and we came to an in-principle agreement on the incubator," said Suhas. Jack Ma also met the Indian Prime Minister and more activity is bound to happen.

A few startups have already been identified and more screening is under way and the plan seems to pick five startups that'll undergo a year long program. The incubator is estimated to kick off in June this year. As this story develops, we decided to have a look at the investments Alibaba has made globally in the recent times (apart from the $575 million investment in Paytm):

Alibaba invested $215 million in US based instant messaging and free calling app Tango. According to Forbes, Tango was valued at over $1 billion at the time of this acquisition. The deal came after Rakuten , the Japanese e-commerce giant, bought Tango-rival Viber for $900 million, and Facebook spent $19 billion in cash and stock on WhatsApp.

UCWeb Inc. (also known as UC Mobile) is a Chinese mobile Internet company that offers products and services including mobile browser, search and so on. Its flagship product UC Browser tops China and India market. Though Alibaba did not disclose how much the deal was worth, it mentioned that it is worth more than the $1.9 billion paid for 91 Wireless by Baidu.

Kabam (formerly Watercooler, Inc.) is a US based interactive entertainment company founded in 2006 that develops and publishes online and mobile games. Alibaba invested $120 million in this California startup and entered a partnership to publish and distribute its free-to-play mobile games.

These were some of the many big deals that Alibaba has done globally. It launched a investment group in Silicon Valley in October 2013 and since then, Alibaba has invested in more than 10 startups including mobile deep-linking company Quixey Inc., transportation app Lyft Inc., smartphone remote control company Peel Technologies Inc., etc.

If history is anything to go by, Alibaba has made its intentions clear about going big on mobile and with the increasing activity in India, the stage is set for a flurry of announcements.