From the shores of Udupi to the pinnacle of fintech world: the Fintellix story 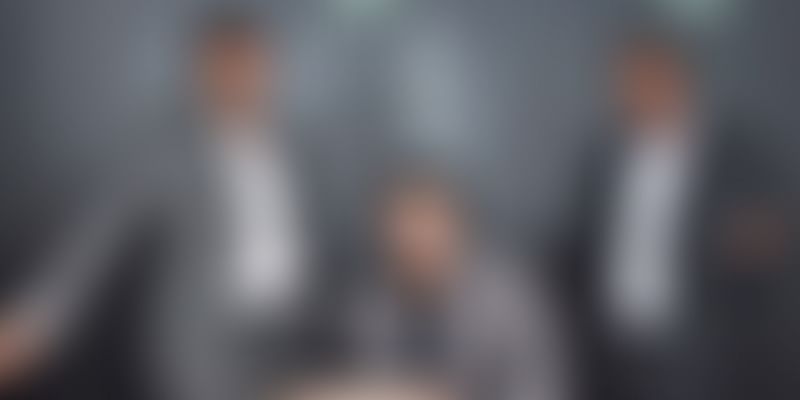 Anup Pai started his life in Udupi, a small city in southwest Karnataka. Despite hailing from the Pai community (members of which are well known for their skills in banking industry), Anup did not heed to the career choice in the banking sector, and went to the National Institute of Technology (NIT), Surathkal, to study Mechanical Engineering. But destiny had other plans for him. Who would have know that 10 years down the line, Anup would co-found one of the pioneering fintech companies of India and along with his co-founders take it to a level where Fintellix is today.

Mechanical engineering which led to banking via software

After his graduation from NIT, he joined ANZ Bank as a software engineer. While working there, Anup was asked to put technology for L.G. Petro Bank in Poland. It was 1998, the time when banking industry was going through a technology revolution called the core banking wave. Anup worked on technology which transformed the bank and took it from the number 16 player to being the number four bank in customer service in the country. During this time the bank also grew significantly and changed its customer profile significantly.

In 2001, Anup received a call from one of his friends in Australia who asked him to help set up a partnership (of his Australian firm) with Tata Consultancy Services (TCS). Anup says,

I went to Mumbai in 2002 where I trained more than 500 TCS employees and over 100 SBI(State Bank of India) bankers. I was mostly training them how to use applications and converting the processes from distributed banking to the core banking environment.

Anup has also helped a Polish bank to sell itself to a large Swedish Bank and an Australian software firm to get acquired by TCS.

"I was ready to do something of my own"

In 2006, after 10 years of working in the banking industries and technologies across the globe, Anup was ready to do something of his own. It was then he co-founded iCreate Software with Naren Santhanam. iCreate would bring all raw data of banks and provide single interface to derive intelligence and information of that data.

The name iCreate came from our creative instinct. It’s in there in our culture as well. Our company is more about individual’s need to create and excel something he/she does. It’s not about following the heart but creating something new.

From services to product company and role of funding

From 2006 to 2009, iCreate was providing services as well as building its products. The revenue from services was fueling their product building. Anup says,

To shape up a product idea you need to interact with customer. Initially, customers will give feedback and help in refining the product. At some point of time, the same customers pay money as well. It happened for us in 2009.

Anup believes that getting investors helps in achieving sustainability as it gives more financial freedom and a focused approach to the product development plans. iCreate Software was keen to raise Series A investment from IDG because they had an experience in growing Manthan Systems, an organization doing similar work in the retail space. Manthan was two years ahead in its products execution. Eventually, iCreate raised Rs 15 Cr from IDG Ventures in 2010 and Rs 50 crore from Sequoia Capital and IDG Ventures in 2012.

IDG ventures took us from being a services company to a products company.

He gave the credit for Fintellix to Sequoia Capital. He says, "By far, we got the biggest reason and the biggest insight from Sequoia. They had invested in us because of the business we had built and the insights and revenues we were generating."

Sequoia shared an important insight with Anup: “If you want to be a products company, you’ve to be ‘build & sell’ and not ‘sell & build’. Before the need arises in the market, you’ve to keep the product ready.”

Anup considers the rebranding as an exercise to signify the company’s transformation from a ‘sell & build company to ‘build & sell’ company. In December 2014, iCreate Software became Fintellix officially. Anup says,

When you want to go global and engage with a lot of partners, you want to have consistency in your brand. It was a no brainer and we had to do it.

In simple terms, Fintellix helps banks leverage their data for:

Fintellix has been growing with an IRR>50% since they have raised Series A. In good years, the company has more than doubled its strength and clients. At the moment, 35 banks across the world, including global majors are working with Fintellix.

Mature and global banks like BoA, Citibank, BNP Paribas, ICICI and HDFC appreciate our products. We’re focusing our energies to sell and engage with these banks. We know that a bank is not going to be differentiated for 24/7 banking and that’s the next level for us.

Anup suggest that being first to a particular area is important and this is applicable in the fintech industry. He believes that being open and embracing the change brought about by technology, regulations and consumer behavior is important. Anup says, “We are building products to embrace this change. It’s coming because there’s more money to manage. The financial world is exploding.”

Learning and the drive to excel

Anup has the following suggestions for people who’re starting up which are based on his very own learning from the Fintellix journey:

Anup talks about his drive,

It’s the ‘keeda’ (entrepreneurship bug). It’s an inherent trait, curiosity to see what might happen if you take that step.