Humble khichadi gets a fastfood makeover by Nagpur startup Khichadiwala 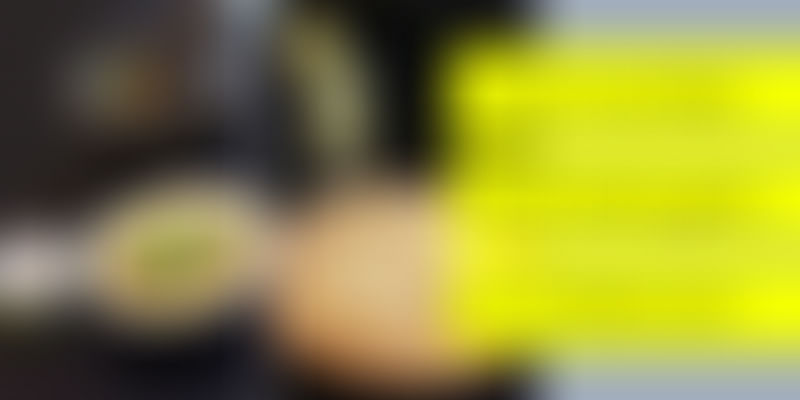 It is the humble ‘khichadi’ which has spelled out the perfect success recipe for two young entrepreneurs Manish Khanchandani and SagarBhajani.

The duo run a niche restaurant in Nagpur where they sell 15 variants of khichadi. Always regarded as a ‘staple diet for patients’, the duo are working on ‘rebranding’ khichadi by offering this in different flavours at affordable prices through their outlet.

“Khichadi has been an integral part of our meal since centuries, we are looking at keeping the basic recipe same with tweaks thrown in here and there to get a different taste. So far it has really worked well,” says Sagar.

From a workshop to business model: A 21-day journey

A hardcore foodie and the brain behind Khichadiwala, Manish skipped his campus interview after finishing his MBA to pursue his passion. Sagar, his friend came on board as the idea of business always enthralled him and he was bored of the monotony of his job. Add to that the fact that it was a unique idea. After all, they were looking at selling modest foodstuff –khichadi and looking to position it as fast food.

It so happened that the duo came up with the idea of selling khichadis during an entrepreneurship workshop CEO@10K organized by innovations firm Lemon Ideas at Nagpur. There participants had to come up with a viable business idea and convert it into a profit-making venture in 21 days flat. It is during this workshop that they sold khichadis at popular locations across the city. Needless to say, people loved their khichadi so much that it amused the duo. A restauranteur offered his space to them.

“This workshop made one thing clear – our idea had potential,” says Sagar. It was just a matter of time before they took a plunge to turn it into a business.

Manish has curated the entire menu at Khichadiwala.

Khichadiwala founders strongly believe that the fast food available today is unhealthy. So it is their conscious attempt to serve items which are ‘healthy’ and what could be better than khichadi!

Beverages like lassi, butter-milk, lemonade are served here but aerated drinks are strictly not served as accompaniments.

Though they have both the take away, home delivery and dine-in models, the latter is the most popular. Most of their revenue comes from dine-in customers, with about 33% being contributed by home-deliveries. The entrepreneurs believe that it is the strategic location of their restaurant which has given them the biggest advantage.

Situated close to the IT Park in Nagpur, the maximum number of orders are served to the techies who come in during the lunch break.

On a typical day, they cater to anywhere between 120-130 khichadi orders. The prices are equally attractive – it ranges between Rs 45 andRs 120.

A bootstrapped company, savings from Sagar’s job and loan from their family was their initial investment. However, this one-year-old company (completed a year on March 31) has done well to grab a fair share of the market and is eyeing a second outlet by end of May in Nagpur. Next, they have plans to give out franchisees.

“We have seven serious franchisee enquiries at the moment, of which five are from outside Nagpur. Though we are keen on taking the business model outside Nagpur, we would do so only after the third quarter,” says Sagar.

Topping the chart of Khichadiwala’s popular menu is Garlic Khichadi which contains a subtle garlic flavor (it contains finely chopped garlic pieces along with a mix of various pulses and rice).

Saoji Khichadi is popular with those who like their khichadi spicy. Named after a cuisine from Nagpur, Saoji, it is the excessive use of spices that has been combined with the plain khichadi.

Perhaps the most exciting khichadi is the Italian khichadi they serve. An Indian version of Rissoto, this Khichadi contains cheese, sweet corn, capsicum etc. European spices like Oregano, Thyme and Basil lends it a very unique flavor.