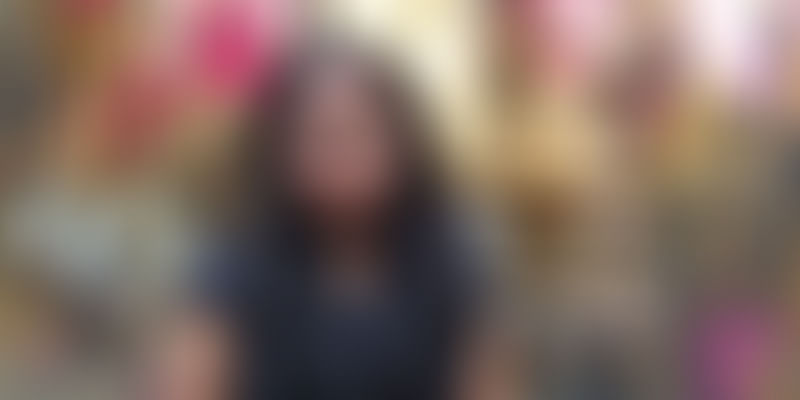 We all remember our doll houses and sand castles! Don’t we? They are an integral part of our childhood memories. Toys form a vital part of children’s growth and can form an impression on young minds. With this in mind, Hima Sailaja Theerdhala has created Kiyaa, an Indian doll for young Indian girls that draws upon the rich cultural heritage of India.

HerStory spoke to Sailaja about this unique idea, the inspiration behind it and the challenges she faced as an entrepreneur.

Born and brought up in Vijayawada, Andhra Pradesh, Sailaja completed her schooling from there and followed up her DECE (Diploma in Electronics & Communications) with a BE in Electronics from Mumbai University (LTCE College, Kopar Khairne, Navi Mumbai).

From 1998, she worked as VLSI Design Engineer in various startups and corporates. With more than nine years of experience in IT she has spent some of these years working in the UK and in Silicon Valley in the USA too.

In 2003, while in transit at Dubai airport, Sailaja participated in a Barbie Dress Up contest; this sowed the seed in her head for an Indian doll with Indian features.

In 2009, she and her family returned from USA and to help her son get settled in India she stayed at home and did fashion designing from Hamstech, Hyderabad. She again went back to IT for a year and a half as she realized that she had no business experience.

In 2012, she started a fashion boutique with kids and women’s wear which is now called called Shel Studio and along with that started working on the Kiyaa doll project. On the basis of Kiyaa project, she got admission into WEDP course in ISB, Hyderabad, completely sponsored by Goldman Sachs for women entrepreneurs whose businesses have high scope for growth and can generate employment. In December 2014, Kiyaa was successfully launched and now Kiyaa is available on its official website along with other e-commerce sites as well.

Through Kiyaa, Sailaja aims to provide young Indian girls a perfect doll with Indian features, which girls can relate to. With an Indian doll that is so much like them, the attempt is to ensure that girls take pride in their own identity. Sailaja adds, “Also let’s not confuse them by creating aspirations of a foreign way of life and expect them to behave as per Indian culture. It is upon us to ensure that we create the right impressions on our kids. Kiyaa aims at preserving ‘Indianess’ while adapting to a quick global culture, to help your girl-child become a true international personality in the future.”

Sailaja has been through a lot of emotional turmoil herself due to some of the choices she made in her life because of her inexperience and lack of maturity to understand what was best for her. “We pamper our daughters and bring them up very tenderly but the world is very different and they land up in a stranger’s home after marriage. Our girls have to be empowered to face the world boldly. The more they are self-aware, confident and have clarity of thoughts they will take better decisions and choices in every walk of their life. I believe if a girl is empowered, her whole family will be empowered and in turn, the whole society. With Kiyaa’s character, I want to do my bit in empowering girls and help them make better choices and decisions and lead life with confidence,” she says.

Kiyaa can be made to order and in a variety of Indian forms, including interesting historical figures like Rani Lakshmibai of Jhansi. Sailaja is also spreading the concept through publishing Kiyaa stories, conducting storytelling workshops and other themed workshops.

Charting through unchartered territory has its exciting moments though Sailaja has had her fair share of bumps en route.

Being a first-time entrepreneur with no experience in doll making, importing and operational processes

posed a challenge. There were also issues with agents while importing the dolls; she still faces issues with the consignment once in a while.But with time, learning has come and she has found good agents and things have settled down.

As a woman too, she has faced some challenges. She says, “There is no age limit for being eve teased. I sharply cut to size such people. Also a few work on the assumption that since women don’t know anything about business, it is good to try and take them for a ride. Others believe that they should continuously give advice. I simply hear them and choose what I want to do.”

Living in USA gave her extensive exposure to a lot of things. “Americans are very professional; they are assertive in a subtle way, hard working and have fun. I could actually get to see what is branding and how branding is carried from a napkin to the bill boards.” This exposure to expertise in marketing and experimentation with new concepts is something that has helped Sailaja in her own attempts at branding of Kiyaa.

When she started up she had no knowledge, contacts nor did she know anything about business. A lot of people told her that she had a lot of guts to launch Kiyaa on her own and when they ask how she did everything all alone, she says, “I believe that if the desire or wish is sincere then with hard work one will eventually reach one’s goal. The universe or God will help you achieve it; you just have to believe and be patient and continue working. This is what I am experiencing after starting Kiyaa.”