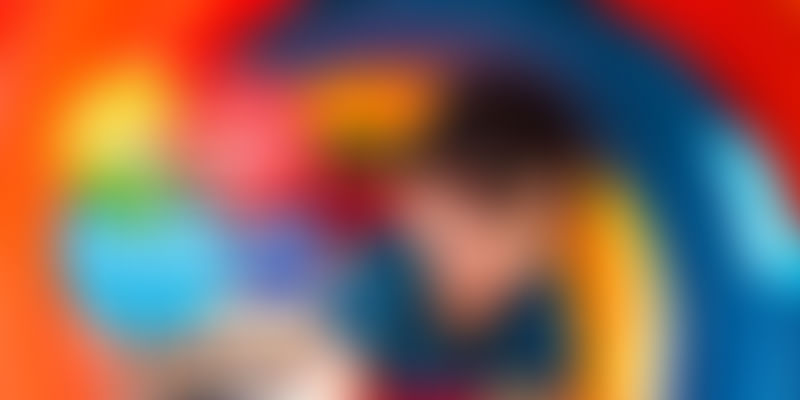 It's common for your child to get a nick or a scratch while playing at a park or playground. Most parents blame it on 'fooling around,' and many do not question if the playgrounds are actually 'child-proof.'

It was to change this mentality and create safe outdoor spaces for children did Roben Dass from Bengaluru establish Koochie Play.

During his business visits to Hong Kong, he found that Hong Kong implemented one of the strictest child safety norms, especially when it comes to public spaces. This was in stark contrast to what he saw in India where there are no laws or regulations regarding playground safety.

This affected Roben not only as a citizen but also as a father of a seven-year-old boy. "When I got back to India, I put together a research team, which spent the next two years studying playgrounds in different areas, and also looking into the various safety norms," adds Roben.

Before venturing into the space of safe playground equipment, Roben Dass was an entrepreneur for several profitable organisations. These were involved in imports and exports, distribution of products related to the construction industry. He has also been the CEO of Roffe Construction Chemicals Pvt Ltd. However, when he got the idea of Koochie, he sold off or closed all his other ventures.

The vision was to build a global brand that was Indian owned. Many people thought I had gone completely cuckoo to close or sell off all those profitable businesses and then put all my money, time and effort into a brand that at that time only existed in thought and mind.

It's an everyday problem, any accident in the playground is brushed off, and unfortunately the onus is on the child or the parent to be careful. Roben says: "This isn't possible, they are kids after all. They will wear a Superman cape and try to slide while standing; they will stick their heads in between railings. What most of us do not realise is that the playground should be built in a manner that will prevent such activities to a large extent."

It is to solve this problem, Koochie Play was born. They claim to be the only Indian company to be awarded several global international safety certifications like EN1176, EN1177, AS4685, NZS4486 and DIN79000.

Started with a team of six people, Koochie began with basic observations. Initially, Roben and his team began with observing playgrounds and assessing what the danger areas could be. They looked at schools, parks, residential complexes and even spoke to parents asking them what their expectations were from a playground. "This was 2006, when most of us had not heard of the internationally certified / tested playgrounds that we see in every big residential complex today," adds Roben.

When the team had begun work on creating child-safe playgrounds and outdoor spaces, there was no authority or research work they could go back to. Most schools and complexes defined 'playground safety' in very different terms and ideas from the team. "I had divested my earlier ventures and invested the funds in Koochie Play. It was a massive risk, considering that most people did not even know what we were talking about," adds Roben.

Thus, the biggest challenge the team faced was in educating people why standardised, safety-certified equipment is needed for a playground. They were also told that they were more expensive than the local players and the model wouldn't work.

Roben says: "As Indians, we grew up with rough playgrounds for most parts. We didn’t really care if the slides and chain swings were rusted. We did not bother thinking what material was used to make the slide and the possibilities of the material increasing asthma in a child. We don’t realise that it is one of our rights to have quality recreational family centres."

However, Roben believes that there has been a slow change in perception today. The average Indian is growing more safety-conscious and demands quality products. Amenities are one of the key selling points of a residential project.

Koochie Play targets any audience that requires a playground like -- resorts, parks, residential complex, malls, gardens and schools. Till today, Koochie has worked with some of the biggest builders in the country. Their products can be seen in nearly every major city and they have installations right from Cochin in the south to Shillong in the north.

Koochie Play is present in over eight countries and in 2014; they started a new range of outdoor fitness equipment. This is currently extremely popular in countries such as Australia, Europe and Hong Kong. Roben adds: "We have installed such equipment in some public parks in Delhi and Bengaluru, which is free for public. It is heartening to see people of all ages, and people who would never set foot in an indoor gym use the outdoor gym."

In the next few years, Koochie aims to expand operations in Europe and Latin America. In India, they are looking to expand into Tier-2 cities which they believe are growing at a rapid pace and are getting more quality conscious. "We’re looking at a growth of 45 percent in terms of revenue in 2015-16," concludes