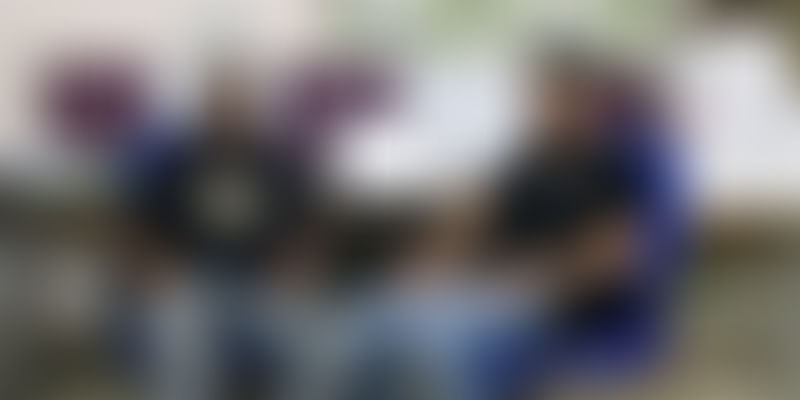 With e-commerce booming, the natural next step is for the logistics segment to witness a similar growth spurt. Currently, the sector is abuzz with activity – new and established players are moving into multiple funding rounds, including Grofers and The Porter. Entrepreneurs are racing to build the next big thing so that they can capitalize on the impending growth.

Zaicus, a one-month-old venture by Gaurav S Chandel (IIT-Kharagpur) and Virender Singh Deora (IIT-BHU), is a local logistics company targeting intra-city movement of goods such as furniture, home appliances, and perishables etc. It also provides the last mile logistic support to individuals and businesses. Zaicus is powered by a team of five and is based in Bengaluru.

Prior to Zaicus, Gaurav worked for a venture that built technology facilitating deal discovery for VC and PE firms. Through his work, he realized that there was a high demand for local logistics, especially for the second-hand goods market. Also, the time invested in customer acquisition is low in this market since there is no need to meet business owners or individuals.

The logistics space currently has a number of players, including startups such as Shippr, urDelivery and ventures that got funded recently – Grofers and Delhivery. Even Amazon is setting up its own logistics unit within the country to facilitate last mile delivery and ship products faster. One may wonder if there is any scope for differentiation. However, Zaicus is unfazed by the extent of competition and believes their initial focus on the second hand delivery market is helping them carve out a niche for themselves in the sector. “It is good that we have a lot of competitors, it means that there is a strong demand for such services,” says Gaurav.

Local movers in Bangalore charge a high amount for moving and packing. The team at Zaicus can lower their costs by nearly 40% and transfer those gains to their customers since they do not own infrastructure. They use only part of each truck for delivery. Hence they are able to utilize their resources to the fullest. The venture serves as a liaison between customers and truck-owners.

The founders are reaching out to potential customers through groups selling second-hand merchandise on Facebook, Twitter and other forms of social media. After building a strong base, the team will focus on setting up other verticals such as B2B and general B2C delivery.

Currently, Zaicus processes 18-20 orders on a good day. Their lower limit is four to five orders per day. They have six trucks at their disposal and are looking to add more soon. Handling the drivers and working out their schedules has been a learning experience for Zaicus. Truck drivers (unlike taxi drivers) are yet to experience the mobile logistics wave and are not completely comfortable with relying on smartphones for their operations. They have to also deal with cancelled orders and last-minute changes. A mobile application is in the works and Zaicus hopes that technology will help them ease their operations.

Another issue plaguing the team is the lack of developers who want to shift to the startup space. Most professionals with technology backgrounds are used to a steady income. The team remains hopeful and is planning to double the number of employees in the next few months.

Zaicus is building a consolidated plan for itself over the next few years. They are going to have more value-added services such as performing due diligence (inspecting the seller’s goods before delivery), building partnerships with Quickr and Olx, setting up systems to avoid missing orders and designing a robust mobile application. Through their application they are integrating Google maps and adding features to optimize scheduling of their trucks without manual intervention. The Zaicus app can take into account aspects such as the timing of delivery and pricing and redistribute delivery requests to the truck drivers. Their focus is to build an efficient model of business instead of simply being an aggregator for trucks.

The Bengaluru-based startup will expand to the NCR region and Mumbai within a year.